Be Safe with Golden Graves - An Interview 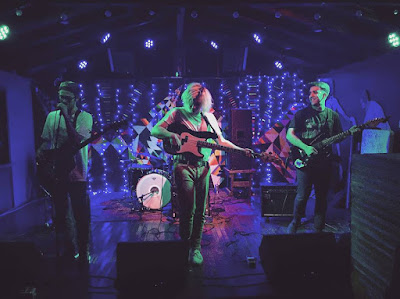 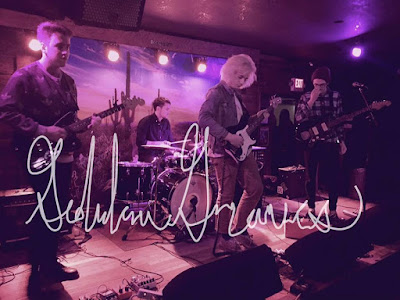 Q. When did Golden Graves start? Tell us about the history...
A: At the beginning it was just me (Firas) and Adam jamming together kinda going in all kinds of different directions musically. We had just heard of WU LYF so I bought a reverb pedal and borrowed a friends amp and we made some song ideas that we could send out to find other band members. We finally found jack and he made our crappy demos sound really good with his vocals and bass playing. Jack started writing a bunch of songs on guitar so he switched to that and we got a bass player. Eventually that Bass player left and we had to find one at really short notice. Our friend Lev happened to play bass and had surfed on the crowed on a boogie board at one of our shows so he seemed like the perfect fit.

Q. Make a list of 5 albuns of all time…
Firas: Hellyeah by Hellyeah
Lev: Pet Sounds by The Beach Boys
Jack: Dirt by Alice In Chains
Adam: The Blueprint by Jay Z

Q. How do you feel playing live?
Lev: Like an Asshole. I feel good and nice. I feel GREAT. I don't know. I feel Like I'm in another room where I'm a ghost and everyone's looking at me. That's what I would say if someone asked me that question.

Jack: Yeah it's like everyone is looking at you but no one is paying attention at the same time.

Adam: Honestly it's all muscle memory. I kinda black out. I feel a lot like Drake but like Degrassi Era."

Q. How do you describe Golden Graves sounds?
Adam: Fucking dirt dude. Like someone shoved a microphone in a pile of dirt. We sound like that scene from Babel where the deaf Japanese girl goes to a club and she's staring at the people dancing and she's smiling and there's no audio and then she sees the guy she likes making out with her friend. Dirt.

Jack: Like rice crispies with extra almond milk and sprinkles next to a crepe myrtle while wearing red shoes.

Lev: It's like a new jacket. Feels good. With like a stripe on the side lookin great. Clean vessel but we dirty cruisin in the whip.

Firas: We sound like that scene from Blue Is The Warmest where the main chick is sitting down with her parents eating spaghetti and watching TV and nobody says anything.

Q: Tell us about the process of recording the songs ?
Adam: I usually records the drums first and the watch Babel every day alone for the next couple of months while they record everything else.

Lev: I recorded my bass parts DI and then went back and re-amped them through two different rigs.

Jack: i drink like 5 cups of coffee and smoke a little bit and then i get everything on the 52nd try

Firas: I get so nervous that it takes me like 200 tries to play my parts right, even though I can play them well normally.

Q. Which new bands do you recommend?
Lev: Sunflower Bean

Firas: Yeah Sunflower Bean is sick. Sidechick is a band from San Marcos, Texas that we play with. We also met the guys from Boogarins in Austin recently. We didn't know who they were we just met them and they were really nice guys. Then we saw them play at Hotel Vegas here in Austin and they were amazing.

Q: Which band would you love to made a cover version of?
Lev: 05 fuckem by Lil B. Pink Flame mixtape is my real answer. Codeine and Pizza.

Firas: I want to play 'I Ran' by Flock of Seagulls on repeat for an entire set one day.

Q: What are your plans for the future?
Firas: We're currently working on a music video. Hopefully soon we'll have a full length album out and be on tour. I really want us to go on tour to New York because I haven't been there yet.

Adam: Get a job. Watch Babel.

Q: Any parting words?
Lev: Can't do nothing if you don't do shit.

Jack: You can do a lot with a little.