Juliette with Féroces - An Interview 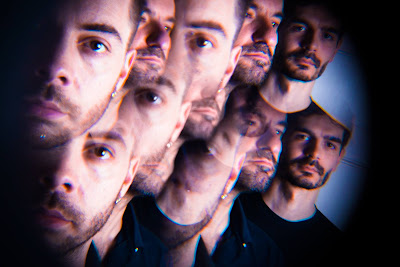 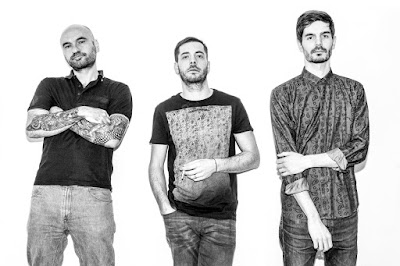 Q. When did Féroces start? Tell us about the history...
Féroces consists of Sébastien Descamps on bass & keyboards, François Schauber on drums and myself, Jérôme Josselin on guitar. We are from Besançon, a town in the East of France. We started the band approximately one and half years ago. The idea was to create an atmosphere, to try to play some more melodic stuff rather than the post hardcore music we used to play in our previous bands. It takes time to get the right line-up and find the exact music we want to do. We have tried different things but at the end the cinematographic samples were really the best way to express ourselves. We finally recorded our first EP "Juliette" early 2016.

Q: Who are your influences?
We all like differerent stuff and listen to a large range of music but we all love From Monument To Masses, Mogwaï, Slint, Microfilm, Tycho but also some famous bands such as Radiohead, Joy Division, The Cure and Portishead. Cinema, of course, is also a big source of inspiration. We love old french movies by Jean-Luc Godard and Claude Chabrol… We try to convey a message through what the actors say in our samples.

Q. Make a list of 5 albuns of all time…
What? Only 5 ?!! This is so hard to answer. There are so many records that come to mind ... But I would have to say :
- Interpol "Turn on the bright lights"
- Massive Attack "Mezzanine"
- Nine Inch Nails "The fragile"
- Amanda Woodward "First Démo"
- From Monument To Masses "the impossible leap in one hundred simple steps"

Q. How do you feel playing live?
Most people say we sound more noisy and more ferocious on stage. We come from the hardcore scene and we like intense shows with physical interaction. So we most definitely feel wild on stage.

Q. How do you describe Féroces sounds?
Our sound is not really specific nor is it original, it's usually just some melodies playing over scenes from a movie. It's a kind of post rock but without a lot of effects and with a dynamic structure.


Q: Tell us about the process of recording the songs ?
I usually write some riffs at home and Sébastien knows how to put together a song using all the shitty pieces that came from my chaotic mind. Sébastien has his own studio (Cube Studio) where we can record and I must say it's really convenient. He really knows how we should sound.

Q. Which new bands do you recommend?
I would say "CEREMONY". They're not a new band and actually used to be in the punk hardcore scene for ages but they really changed their style and now manage to sound fresh in this boring post punk/garage scene.

Q: Which band would you love to made a cover version of?
I don't really like cover songs. I never really take the time to learn how to play them on my guitar. But if I had to choose one, I would say, “Day of the lords” from Joy division or "Cecilia Ann" by The Pixies maybe.

Q: What are your plans for the future?
We have almost finished writing our second EP and might record it at the end of the year. So I would say that our future plans consist of creating new stuff and having fun.

Q: Any parting words?
Thanks a lot for the interview, all the best, and keep doing the things that you do.