The Valley Atmosphere with 2nday Venom - An Interview 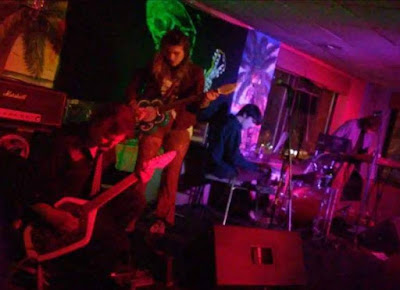 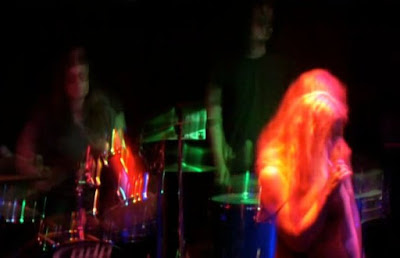 Q: When did 2DV start? Tell us about the history?
Jenny Kashuck: It's beginnings were before me. Of them, I have only heard romantic stories. My beginning was Feb. 10, 2011. One night I wandered into T.T. the Bear's (now closed, very sad). They had just finished their set. Walter Sickert and the Army of Broken Toys were playing. I found a place to stand next to the counter upon which was a tambourine. (I thought, I wonder who that tambourine belongs to....) There was an amazing violin player in the Broken Toy Army. I said to the beautiful girl who had just appeared next to me that I felt inspired to go home and play my violin now. She picked up the tambourine from the counter and said "you should come and play with us!" I said, no I couldn't. I haven't played in 10 years! I wouldn't be good enough. She said, "just come, don't worry!" Finally, after a couple months, she convinced me. I met her on a rainy day in front of the warehouse building where they practiced, and it was great. I couldn't believe I could play. I couldn't believe what was still in me after all this time. I loved the music, the songs, the genre. From there the band has continued through many incarnations, absorbing the good and the bad, turning it into beauty....just like life.

Frank Butkus Jr: In August 2010 Katarzyna Karbowska (Kasia Kres) responded to my craigslist ad "shoegazer seeks psychedelics". We collaborated every second day and the name Second Day Venom came about. Craigslist then brought Kieran Ryan on guitar, his friend, Pete McDonald on drums, and a guy from Six Finger Satelite on bass. With this lineup we recorded "Serpent Flower".and made some videos. Jinsen Liu found us on myspace and invited us to play the Deep Heaven Now festival. For the live shows we had Nouredine Ouseman, Craig Schechter, Kieran, Pete, me and Kasia. We recorded "Mandragora" with this lineup, and Emilia Sabatowska joined on keyboard. In 2011 we were joined by Jenny Kashuck on violin, Gerard and Gabrielle Patawaran, Antonio Elugardo, Phil Matthews, Doug Carson, Christiana Celli, Karen Zanes, and Joe McCarthy. Karen and Jenny added their parts to some of the songs on "Serpent Flower" at this time. We then recorded a demo by Kenny Lewis. In 2012 we recorded "Psychopomp" with Adrian Greenbaum on bass, me on drums, bass, guitar, and keyboards, Karen on guitar, Kris Thompson on theramin, and Kasia singing and playing bass, tambourine, flute, and organ bass. In 2013 we recorded "Likho" with Ida Lyons Geering on drums, David Kelleher on bass. The lineup was Kasia, me, Jenny, Ida and David K. In 2014 Kasia took hiatusand we went instrumental with Charlie Comjean on bass, Jenny on violin, me on guitar, and David ZeMack on drums. We experimented with some light show techniques and did some covers. Jenny went on hiatus and the lineup changed to a three piece instrumental with Zach Schiaba on drums, Nick Guido on bass, and me on guitar. In 2015 we added Peter Hegarty on Hammond Organ. The group then reformed with Jenny on violin, Jessie Jarva on flute, vocals, and guitar, me on guitar, and Patrick Souter on drums. We recorded "The Valley Atmosphere" with this lineup. In 2016 Nick Laves joined on synth.

Jessie Jarva: Frank and I met in the EMF building and then on the set of Coffee Tea or Me which we unknowingly co-created in the EMF kitchen, later or before previously co-founding the Secret Garden (undisclosed location) in which we began the first of a series of field recordings (for the purpose of an as yet unreleased "concept album"). I think Frankus may have heard something I recorded at Alvan Long's New Alliance Studio - I have a false memory of him listening to this piano song I did (before we really met) that goes "I wanna live". And one time I was playing chords to a Cat Power song "The Greatest" at the basketball court on Brookline St. and he got up all of a sudden and started running back toward the EMF building, and I felt like he was going to record something - I love everything he plays and how he hears.

Jenny: Highway 61/Blonde on Blonde, most of Bob Dylan's albums, White Album/Beatles, Dark Side of the Moon/ Pink Floyd, Are You Experienced/ Jimi, Paranoid/ Black Sabbath

Jenny: Recording often happens when I don't even know it. Frank is always recording. He takes the recordings and works his magic. There are times when I'm asked to come in and record my part over what has already been laid down. Usually, you get one shot. He likes the beauty of spontaneity, I think. Sometimes this is frustrating but I understand it.

Frank: We record several rehearsals including auditions and then listen back to choose the best recordings to work on. We overdub from there. Or I'll start a new recording with a drum machine and put my guitar, keyboard and drums on top. Then we mute the drum machine and everyone else overdubs there part. Or I start off playing drums with someone playing rhythm guitar and we overdub from there. Sometimes I'll find an old tape recording, play it backwards, and that becomes a new song.

Q: What band would you love to made a cover version of?
Jessie: Nancy Sinatra (Stupid), that one - " I just called to tell you I'm fine.." Wichita Lineman, "Operator, can you help me make this call..." (any phone songs really), that old Japanese 50's crooner song.

Frank: Haphash and the Coloured Coat

Q: What are your plans for the future?
Jessie: Touring Europe/Germany, mainly Germany

Jenny: Continue to grow and evolve

Q: Any Parting Words?
Jenny: Thank you for reaching out to us. It means a lot. Goodbye.
*
*
*
Thanks