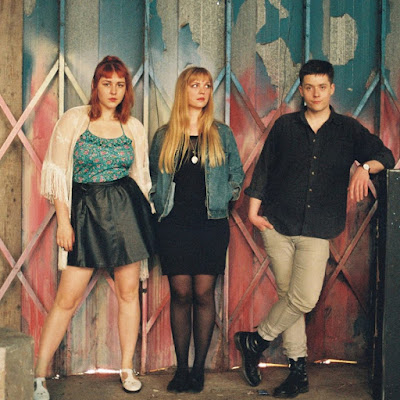 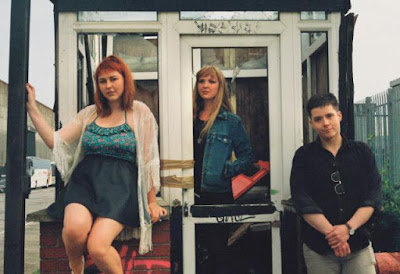 Q. When did Beauty Sleep start? Tell us about the history...
A: Beauty Sleep formed in January 2016, so we are quite a young band. Since then, we’ve released two singles. We all met at a house party in Belfast and bonded over spelling naughty words with fridge magnets. Post-hangover, we decided that it would be a great idea to make some music together so thats what we did!

Q: Who are your influences?
A: There are a lot of very different influences within the band. Bands such as Tame Impala, Boards of Canada, Cursive, Dream Wife, Mew, The Bronx. Its rather diverse and we are always on the look out for new and exciting bands to listen to.

Q. Make a list of 5 albums of all time…
A: Mew - And the Glass handed Kites
Tame Impala - Lonerism
Arcade Fire - The Suburbs
Les Savy Fav - Go Forth
EverythingEverything - Arc

Q. How do you feel playing live?
A: Playing live is always a blast. Our live show has a lot of different elements to it. When we first started gigging, we had a drummer (Richard Van Den Bos) but since then, we have stripped back down to a 3 piece/ slightly more electronic set. When possible, we use visuals, projected onto a screen behind us. It’s really fun and i’m currently working on a new set of tour visuals for everyone to see in the near future.


Q. How do you describe Beauty Sleep sounds?
A: I always find it hard to describe. If it were up to me, I guess i’d say that its just a lot of wavy, colourful cloud fuzz but people have compared us to Phoenix and Beach House, which is nice too.

Q: Tell us about the process of recording the songs ?
A: Ryan is a producer/mix engineer so that has been super handy and has allowed the band too be in complete control of everything so far. We often work out of Start Together Studios in Belfast and we’ve actually just finished tracking five new songs. We did it all live and had our amazing drummer, Rick back in the studio with us. It was an excellent day! We had never recorded that way before and it worked out really well.

Q: Which band would you love to made a cover version of?
A: I think it would be really fun to cover “ Two Point Nearly Zero” by a band called Steve. Maybe that’ll happen!

Q: What are your plans for the future?
A: It’s all pretty open right now. An E.P followed by an album would really excite us and is something we are working towards.
*
*
*
Thanks