Solitaire with Fiancé - An Interview 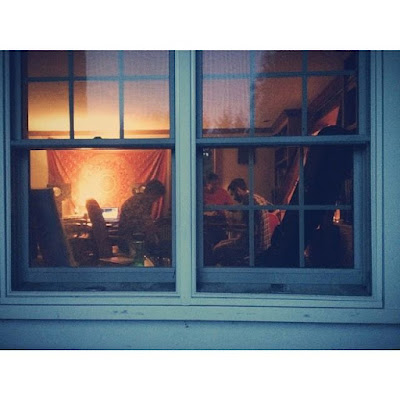 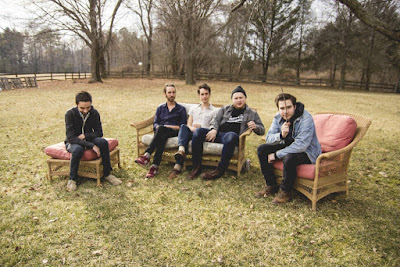 Q. When did fiancé start? Tell us about the history…
-Andrew, Jeff, and Tyler have been making music together in various projects since late middle school, around 2005. They started releasing music under the name fiancé in 2013. Shortly after, Brian Bruce joined as a drummer, and EP1 was released, and following that, I joined as a keyboardist and we released LP1. So, it’s been a gradual process, and we couldn’t be more excited about where we are as a band now.

Q: Who are your influences?
We all seem to listen to a range of music, but I think we can all agree on how much we enjoy “Beach House.”

Q. How do you feel playing live?
-We love it. We’re based out of the small state of Delaware, and there is a great little music scene here. People are super supportive and show a lot of love at local shows, so we really enjoy getting to participate in that.

Q. How do you describe fiancé sounds?
-People have described our sound as including elements of shoegaze and dreampop. Our instrumentation consists of guitar, bass guitar, drums, synth and vocals.


Q: Tell us about the process of recording the songs ?
-We record at our singer, Andrew’s house. Lately, one of us comes to the band with an idea - we usually start by placing it with a drum machine beat, and the rest of us build onto that. It’s been a fluid and fun way to write and record at the same time, and we’re excited about what we’ve been creating.

Q: Which band would you love to made a cover version of?
Alanis Morissette

Q: What are your plans for the future?
We’re going to keep writing/recording and releasing a steady stream of music. We’re working on our live set, incorporating our newest songs into it, and preparing for a big show in the Delaware area, called “Analog A-Go-Go,” put on by the Delaware brewery, Dogfish Head. http://www.analogagogo.com

Q: Any parting words?
Thanks for checking us out! We hope to play in Sao Paulo sometime!
*
*
*
Thanks