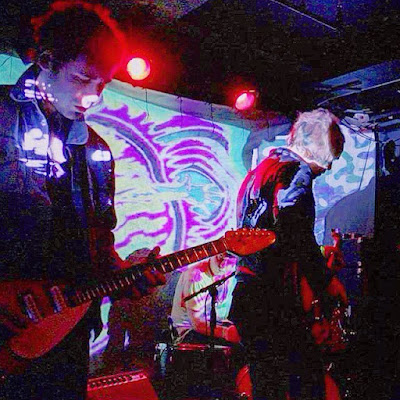 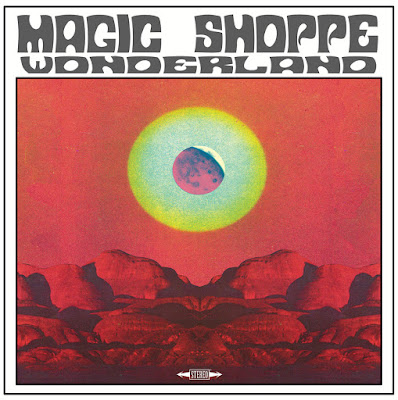 1. Stars Explode
In the summer of 2015 I bought a ’67 Vox Cheetah off one of the dudes in The Warlocks. Cheetah’s have all these crazy on-board effects (fuzz, repeater, treble booster). The day I got it, I plugged it in to my Twin Reverb and turned on the built-in fuzz circuit. “Stars Explode” came to life in about 5 minutes. This song also features that sweet “fully cocked” fuzz wah sound that you hear all over Psychocandy from The Jesus and Mary Chain, which was cake with the built-in Vox fuzz and a shitty little wah pedal.

2. Head On The Floor
Tim (Drums) is a well versed multi-instrumentalist. He used to front a sweet band here in town called “Moon Tower”. That band also included Tayler, another of our other guitar players. This was one of the first gems that Tim brought to our group. I added some riff/lead guitars, lyrics and the primary vocal line. Tim baked the cake here, all I did was apply the frosting. This tune also features some beautiful, dark harmonies that Kate (Guitar/Vocals) came up with. Kate has a truly unique ability. She seems to come up with these creepy/ haunting melodies almost effortlessly. She also has a mind like a steel trap. Once she learns something, she never seems to forget it.

3. Kill
This was another tune that was created the day I got my ’67 Vox Cheetah. I don’t really care too much about lyrics usually, but this tune makes me laugh in retrospect. The lyrics to this one revolve around being repeatedly cockblocked, and how you just wanna murder other people for inhibiting your connection to a potential object of lust.

4. Hearing Voices
Sometimes I hear voices telling me to do things. Those voices are generally evil, but I usually realize that before I blindly act on their commands. It’s a constant struggle. This tune is about those voices. It’s catchy, dark as fuck and *loaded* with reverb… rock n’ roll. The main reverberated guitar riff in this came to be the day I bought a Death By Audio Reverberation Machine effects pedal. I always play through a Fender Twin w/ the reverb cranked, but this fucking thing just pushes it over the top and melts faces.


5. Blowup
Another gem that Tim brought in. We fucked around with it, I added the main 12-string lead riff, vocals and changed up the arrangement. This tune happens to sound super retro, but that was definitely not intentional. I think a lot of the retro feel of this tune stems from the fact that Tim recorded the drums with just a single mic through some crunchy preamps. From there, whatever else we added (trashy tambourine, reverbed guitars, etc..) the tune just got more and more 60’s-ish…. really fast.

6. Sister Burden
This track was written by our newest member, Jeff Bartell. As it turns out Jeff had a previous stretch in Magic Shoppe. He was the first bass player in the group shortly after I moved here in 2009. In late 2010 my wife at the time was expecting our first child, so I took a little hiatus. Jeff went on to form another band, but we kept in touch. That same year Jeff shot me a recording he did for Sister Burden. I added some reverbed riff/lead guitars, white noise static guitar, bass and some tambourine. When we started putting the songs for Wonderland together, Jeff suggested this song. So we re-recorded it and it came out sounding fantastic. The intro to this track features German guy screaming about being stalked by secret agents and how he can’t trust anyone.

7. Find Yourself Some Love
Our guitar player Tayler wrote this song in it’s entirety. Most of this song was recorded at Tayler’s house in the summer of 2016. Our friend Jada laid down some really fantastic sitar. Tayler really shines on this track w/ his fantastically hallucinogenic guitar tracks. Jada also doubles a lot of what Tayler plays here, so it sounds extra trippy… which is nice.

8. Wonderland
This tune was originally written for a local compilation a couple of years ago. I played everything on this tune and we don’t really do it live. The lyrics are interpreted sections of Chapter VIII: The Queen's Croquet-Ground from Lewis Carroll's Alice's Adventures in Wonderland. The kid chatter in the background was recorded with a handheld during one of the 10,000 trips I took to the playground with my boy a few summers ago. I ran the playground tracks through a fender twin when I got home and all the happy little children’s screams started sounding evil and scary. It was the perfect accompaniment for Chapter VIII’s Queen of Hearts wanting to chop everyone’s head off.
*
*
*
Thanks