Glass with Suburban Pets - An Interview 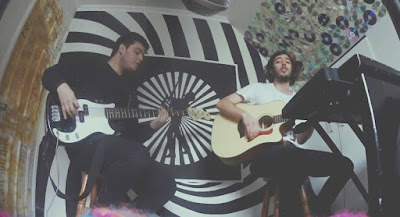 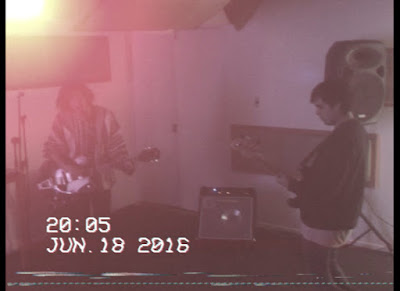 Q. When did Suburban Pets start? Tell us about the history...
Juan Ignacio: Suburban Pets is a duo project born due to a lot of demos and songs that I had composed alone in my room during 2013 and 2014. Subsequently, I’ve announced this to my partner Sebastián who in that time listened the same music like me and quickly we started to write together finishing some of my former demos and composing new songs for Glass EP.

Q: Who are your influences?
Juan Ignacio: My biggest musical influences come from Lo-fi and The Beatles without a doubt.

I have an appreciation about genuine voices, real voices … not like the plastic voices of “The Voice” or Luis Jara and stuff.

Sebastián: Well, I listen a ton of music... but if i had to choose the ones that in some way influenced me, they are the beatles, the stone roses, the smiths, blur, david bowie, death cab for cutie, interpol, Ariel pink.

Q. Make a list of 5 albuns of all time…
Juan Ignacio: (You even don’t realize how difficult was to answer this question hahaha)
Magical Mystery Tour and Abbey Road by The Beatles
Niandra Lades & Usually Use a T-shirt by John Frusciante
The Dark Side Of The Moon by Pink Floyd
The Velvet Undergound & Nico by The Velvet Underground
Al Final de Este Viaje by Silvio Rodriguez

Sebastián: hmmm what a question... only to say them in an orden, a think the stone roses (the stone roses), hatful of hollow (the smiths), heroes (david bowie), dark side of the moon (pink floyd), Sgt. Pepper's Lonely Hearts Club Band (the beatles)

Q. How do you feel playing live?
Juan Ignacio: It’s so curious, because some time ago it was unthought that only two guys can make a sound of an entire band, god save the technology (?).

We also are looking for new members who help us to make more noise and bring some fucking good loud sound. By the way, play live it’s a damn good experience difficult to compare with something.

Sebastián: it's a weird sensation, i feel more comfortable playing music instead of talk with people sometimes. i think when you're playing your own songs to people, you show to them the real "you" without masks or fake suits.

Sebastián: hahaha it's complicated, we never discuss to compose in some music style in particular. i mean, some songs started like an acoustic folk song and they ended in a psychedelic one, we never define an exclusive style. its like a rollercoster hahaha


Q: Tell us about the process of recording the songs ?
Juan Ignacio: It’s not a huge process you know, it’s really fun and sometimes wearisome. We are a #DIY project and we spend our time recording on our bedrooms and sitting rooms, it’s funny you know, the lectern mostly is a chair and we not even have an interface hahaha so precarious but it is the best, record guitars and listen the sound of streets or a barking dog background.

Personally I love this, is magical and nowdays, I think that this is the real essence of music. Real people, humanity, not try to be a “rockstars”.

Sebastián: We record everything in our apartments, generally, we record the ideas in out cell phones and in the rehearsals record them in a "official way". the liberty that we had is extraordinary, nobody bother us with the time or the money (record in a studio is expensive as fuck here), so we can edit until get our sound.

Q: Which band would you love to made a cover version of?
Juan Ignacio: Curiously we discuss this point last week hahaha.

We love to made a cover version (also we’ve done it playing live) of Stephen Malkmus and The Jicks, Misfits, Ariel Pink and Sean Nicholas Savage.

It would be fun made a cover of a random song like More Than This (remembering Bill Murray’s scene at Lost In Translation) or who knows.

Sebastián: We talk about this the last week, i would love to made a cover of more than this of roxxy music (bill murray in lost in translation inspire me haha) we play covers of hybrid moments of misfits, stick figures in love of stephen malkmus and the jicks, ariel pink, sean nicholas savage.

Q: What are your plans for the future?
Juan Ignacio: Well, our plans are make sessions in diverse kind of landscapes and different spots like abandoned houses or whatever. Also we will going to play acoustic sessions and now we are working on new material, an EP or LP, who knows, and the next months, we will work at distance, Seba from New Zeland and me from Chili.

Q: Any parting words?
Juan Ignacio: Stay listening music for ever and there will always be time for a damn good coffee.
*
*
*
Thanks