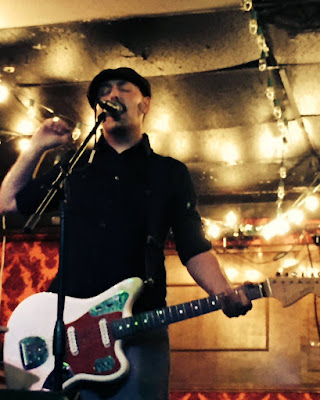 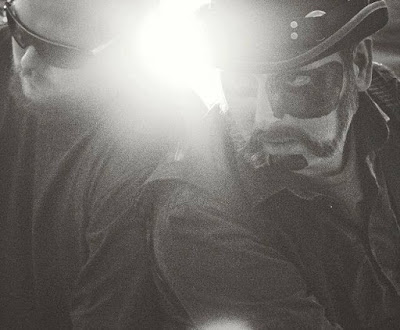 Q. When did jeremiah foundation Start? Tell us about the history.....
Well, that is a long story, so I will try to make it interesting. The band jeremiah foundation is made up of two brothers, Justin and Jason Hendry, before jeremiah foundation we had a band called Public Fred and Public Fred was a 3 piece Punk band that started to use elements from electronic music. Public Fred started back when we were in High School 1993 and ended roughly 1996 or 1997. Public Fred became 33.3 montag and was a 3 piece band playing some Punk music, but was working on playing live Techno music. The 3 piece band became a two piece, leaving just us ,Justin and Jason. Now that was not the beginning of jeremiah foundation, but it was a sparkle. Justin left 33.3 montag and 33.3 montag lasted until 2001. 2001 New Order released their album Get Ready and we loved it! I ( Jason ) was getting tired of playing music by myself and was wanting to do something like Depeche Mode and Justin was ready to take some of the songs he has already written and rewrite them in a new direction. Then jeremiah foundation was born. The beginning of jeremiah foundation was a little loose, musically speaking and I would say that we have now started to write music that we really meant to write. We started to focus on an Electronic Shoegaze sound and it has been working very well for us.

Q. Who are your influences?
That would be the reason our music was loose, because we love music and have a lot of music that influences us. As I mentioned New Order, Depeche Mode, The Beatles, ColdPlay, Radiohead, Sonic Youth, Starflyer 59, Seefeel, Moby, Atari Teenage Riot, My Bloody Valentine, Franz Ferdinand, Kraftwerk, Johny Cash and Cut/ Copy to just name a few.

Q. Make a list of the 5 albums of all time...
Wow, that's a hard one. I am going to have to cheat here and give you two lists. One from Justin and one from me.
Justin's list:
Radiohead - In Rainbows
Interpol - S/T
New Order - Technique
The Beatles - Abbey Road or Revolver ( Can't decide which he likes best. )

Q. How do you feel when you play live?
I don't think about that one much. Hot and sweaty! I guess it must feel great or otherwise we wouldn't do it. It's great to try to get a response from a crowd and to have fun with a group of people that are listening to music that you have written. It's even better when people get excited about the same things that have made you excited, like the way a song sounds!

Q. How would you describe how jeremiah foundation sounds?
The best way that I have been describing our sound recently is Electronic Shoegaze or Dance Punk. I also like the description of Hazed Out Dance Party.


Q. Tell us about the process of recording the songs?
We have been taking a different approach for each song, because we use to write our songs the same way all the time and that made things kind of sound the same. What we do now is a little bit of the old way where one of us will write an entire song, bring that song to the other, then work it out and record it. Another way is to right different parts of a song and create more ideas from the previous idea and then bring those ideas together to form a song or write a poem and then make some music to fit that idea.

Once we have all of our loops, samples and keyboard lines together, we record all of our electronic tracks. Sometimes we record drum sounds through guitar or bass amps and mess with the sound using our effect pedals, I also like to try to capture the room sound. We will also do this with our samples and keyboard sounds. We usually record our own music and love the process!

Q. Which new bands do you recommend?
We are not listening anything really new, but here are some newish bands to check out:

Q. Which band would you love to do a cover and what song?
Well we have played a couple of Kraftwerk songs Model and Space Lab, but it would be fun to cover Cher - If I Could Turn Back Time or Talking Heads - Burning Down the House.
www.soundcloud.com/jeremiah-foundation/das-model

We like kraftwerk and thought that this would be a good song to cover.

Q. What are your plans for the future?
We are currently working on recording, on our own, a 6 song ep. Once we record each entire song we will release the recording on cassette tape and each song will be mixed into each other, so a continuous mix of music. We will also have each song on it's own on bandcamp that can be downloaded. What we would like to see is people download all of the songs and for them to send us a mix of the songs that they have made, then in return we will post the mixes that we enjoy on our soundcloud page. I love interacting with our fans and what better way than to show things that other people are doing. After we finish the recording we are working on, which will probably be sometime next year, we want to write two more songs and go into a recording studio to see what someone else could do with our sound, as well as produce music for 7" vinyl record.

Q. Any parting words?
Again thank you so much for taking the time to do this blog interview with us. Thank you for listening and we are now offering our music on bandcamp as pay as you like, so you may download the music for free! If you can't pay us any money for the recording, that is fine, just tell someone else about us, come to our shows or if you are in a band bring us to your town.
*
*
*
Thanks