A Ghost History with Kestrels - An Interview 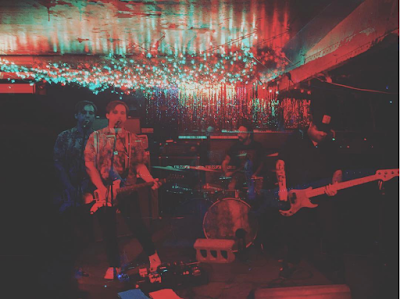 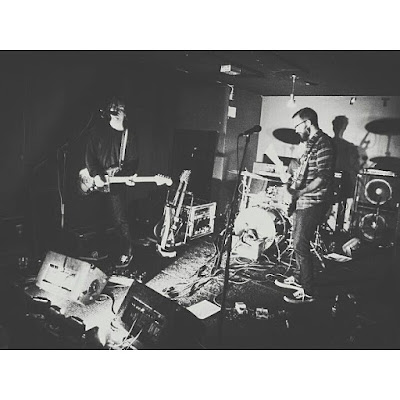 Q. When did Kestrels start? Tell us about the history...
Kestrels started in 2008 as a side project. I was playing in a post-hardcore band but I was really interested in playing more melodically. I started writing some songs for Kestrels and they were more in the vein of indie pop - still loud guitars and pretty melodies, but less shoegaze-y. The sound gradually changed and the band members evolved over time to incorporate different sounds and approaches to songwriting. We hit our stride with our 2014 EP The Moon is Shining Our Way and just released our third self-titled LP. In a way it feels like a totally new band. We don't really play many songs from before 2014 anymore. The sound is cohesive and powerful now.

Q. How do you feel playing live?
It's really fun. We have a very big sound live and hearing the amps blaring and pushing air is a gratifying experience. We've worked a lot on making a setlist that ebbs and flows. We also added a new guitar player who is singing backup. It's an enveloping sound and though it's cliche, it is a cathartic feeling, especially on the nights where everything comes together perfectly.


Q: Tell us about the process of recording the songs ?
We recorded the drums and some guitar/bass at the Dream House in Toronto with Alex Bonenfant. I then worked on the record in my home studio, adding guitars, vocals, and synths. We had our friends Alex and Elliott in Ringo Deathstarr add guitar and vocals on the songs "Are You Alone?" and "Neko". We then had Brad Wood mix it in his studio in California. The process took about two years start to finish.

Q. Which new bands do you recommend?
I would recommend the band Kindling. They are an amazing band and also our friends. We played three shows with them in the summer and they blew me away every night. They have a bunch of excellent releases and their newest LP Everywhere Elseis definitely worth buying.

Q: Which band would you love to made a cover version of?
I have been working out an arrangement for the Beach Boys song "Don't Talk (Put Your Head on My Shoulder)". It's a dark and dreamy song. I think it would sound great with guitars replacing the string sounds.

Q: What are your plans for the future?
Playing a bunch of shows in support of the new album and then heading to Amherst, Massachusetts in late February to record a new record! We are hoping to do more international touring next year.

Q: Any parting words?
Check out our new record at kestrels.bandcamp.com - it's our best work and we couldn't be more proud of it. It's a treat for the ears.
*
*
*
Thanks