Souvenirs with Swimming Tapes - An Interview 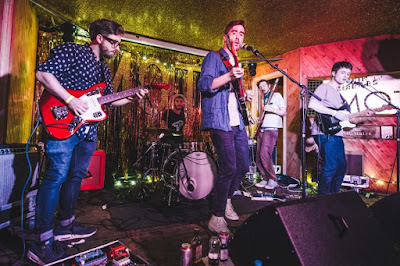 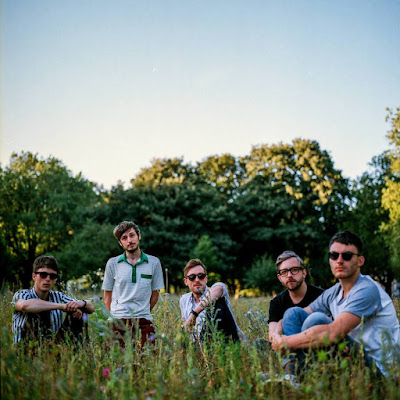 Q. When did Swimming Tapes start? Tell us about the history..
: Well myself (Louis), Paddy and Robbie grew up together and have been friends with Jason for years. We all have played together in various bands together over the years but we started ST in early 2015 just messing about with a couple of ideas in my bedroom using a drum machine on my laptop. After a few months of that we put up an advert on gumtree looking for a drummer and after a couple of fails the lovely Andrew got in touch. We all hit it off and the rest is history.

Q: Who are your influences?
: We have lots of different influences throughout the band but the main ones we bonded over were the likes of Wild Nothing, Real Estate and Fleetwood mac. We also love Sea Pinks, Mac Demarco, Beach Fossils and you can throw some of The Smiths in there as well. Too many to list really.

Q. Make a list of 5 albums of all time...
: Well that's a super hard question but right now I would say my favourite albums are :
Fleetwood Mac - Rumours,
The Smiths - The queen is dead,
Wild Nothing - Nocturne,
Elliot Smith - XO
and Beatles - Revolver

Q. How do you feel playing live?
: We really love playing live and feel it's a real strength of ours. Our songs develop a slightly different more energetic feel live. Ideally we would like to go and tour as many places and countries as possible but we're just taking it one step at a time.


Q: Tell us about the process of recording the songs ?
: We've recorded all of our songs so far with a friend of ours called Paddy Baird. Paddy Conn and I were in a band with him previously and he's a whizz kid with mixing and production. We used a little studio in east London and we tried to keep the recording process as simple and organic as possible. One of the golden rules when we started this band was to keep things simple and not overcomplicate everything, let the songwriting speak for itself. Hopefully we achieved that in some way.

Q. Which new bands do you recommend?
: There's so much out there but recently I've been listening to some Sea Pinks - soft days, its a wicked record and they're from Northern Ireland so bonus points there. Also the SnailMail - habit ep is really nice.

Q: Which band would you love to made a cover version of?
: Would love to cover a Fleetwood mac song at some point, maybe 'Little Lies'.

Q: What are your plans for the future?
: We're working towards an ep release at some point in the new year but we just to carry on releasing nice music and hopefully get out on tour at some point soon as well.

Q: Any parting words?
: Well just thank you for bothering to read this interview about our little band.
*
*
*
Thanks