Positions with Dancing Tongues - An Interview 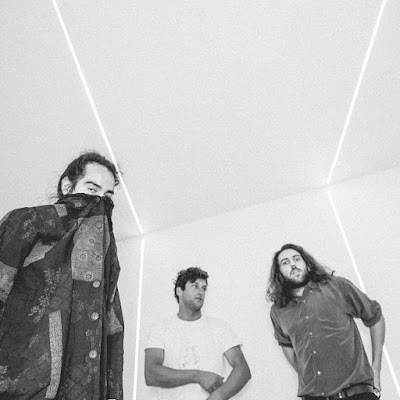 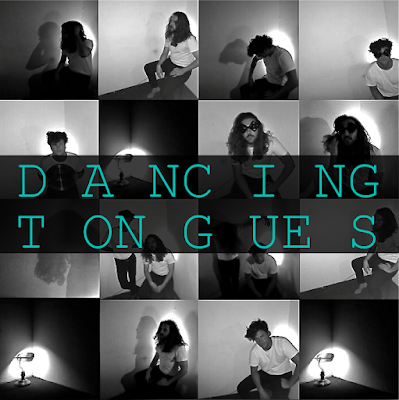 Q. When did Dancing Tongues start? Tell us about the history...
Kevin and Alex played together in bands since high school and had always been writing and recording stuff on the side. We recorded two songs right before Alex left to study in Spain for a few months and after hearing them decided that we should move forward and put some more focus on our songs. We had continued to work on songs while we were playing in other bands together and as all of those projects disbanded we started spending all of our time on what was going to become Dancing Tongues. Alex was introduced to Josh by a bandmate in The Rooms and invited him to come play with Kevin and him. Josh instantly clicked with the Dancing Tongues vibe and quickly became the third member and a creative force in the band.

The three of us have been performing as a trio since November 2015. We have rounded up our first year as a band with the release of our debut EP titled Positions. We are excited to have this EP out and are getting ready to shift our focus to writing a full-length album.

Q: Who are your influences?
We have a wide range of influences that include a lot of post-punk and punk bands from the late 70s and early 1980s, jazz, soul, blues, and rock n roll. Some of the bands we always find ourselves revisiting are: The Cure, Gun Club, Nick Cave/The Birthday Party, Talking Heads, Stan Getz, Sam Cooke, The Animals, The Ramones, Johnny Thunders, Thelonius Monk, The Clash, The Monks etc… The list could go on forever

Q. Make a list of 5 albums of all time…
We could spend all day as a naming dozens of albums that belong in the top five greatest albums of all time. It’s tough to say, but here are five albums we love (in no particular order):

Q. How do you feel playing live?
Hot and Sweaty??? Hahaha. It’s usually a kind of blur. It’s exciting at times, sometimes it’s nerve racking, sometimes its energizing, and other times its tiring, but it usually always goes by too fast. It’s a weird thing to say that you don't totally remember a live show or a set, but that’s usually the case. It’s cathartic and feels good most of the time. Usually the only things that we remember are specific details, like things that are particularly awesome and things that might not go as planned. That’s the cool thing about live shows as both a performer and a spectator… It isn’t about trying to sound exactly like the recording. It’s about what happens when your music brings people together. This makes each live show different, because the spaces we play in and the people we play to change.

Q. How do you describe Dancing Tongues sounds?
It’s fun to hear other people describe to us or others how we sound. They usually throw around names of bands who they think we sound like, or crazy descriptions likening us to some pretty awesome and crazy shit. It’s a little hard for us to pinpoint our sound exactly, and think it best for the listener to just listen to the tracks and make up their mind, but it’s generally danceable music with an edge.


Q: Tell us about the process of recording the songs ?
The recordings released on Positions were recorded in a studio environment with a fairly traditional process. However, the process to getting to that point was a bit different. We write very differently that most other bands we have been a part of. Rather than writing most songs out of a live jam, we tend to start with a specific part and construct a song together around that. It works well for us and allows us to incorporate changes or parts that we might not have arrived at otherwise.

The process is really important for us, especially because we have learned that all three of us have a very different approach to looking at songs and that there are many more ways than one way for a song to be finished correctly. This realization is why we also tend to record a lot of demos. This allows us to dissect the songs so that we can make revisions to them. It is nice to be able to listen to something without the distraction of having to play it to hear it.

Typically we put a lot of energy and time into writing, listening to, and making changes to our songs before we feel like they are finished being written and ready to be recorded for release.

Q: Which band would you love to made a cover version of?
Bauhaus

Q: What are your plans for the future?
To keep writing, recording, releasing, playing, and listening to music.

Q: Any parting words?
We just released our debut EP last week, please go give it a listen and enjoy it!
*
*
*
Thanks