Build Another Boat with Public Speaking - An Interview 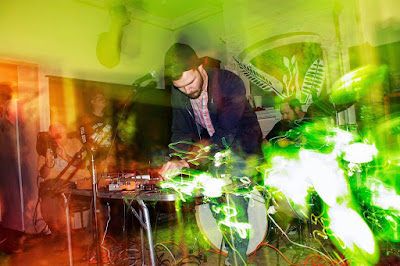 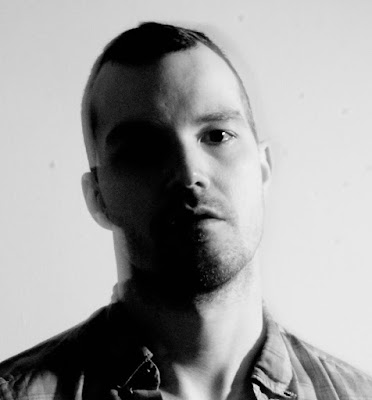 Q. When did Public Speaking start? Tell us about the history…
I began using the name Public Speaking in January '12 with the release of my first EP "Tape Strangle." The project grew out of experiments I was doing with voice and guitar pedals in late '11, usually freely improvised in a live setting. Before that I played in some bands and as a singer-songwriter under my own name. I got so sick of guitar, but I didn't want to have to form and maintain a band again. I wanted to be self-sufficient, while being able to work in all my various, sometimes disparate influences. So I dropped the guitar, and tried to create another way to construct music to sing to live. I embraced technology, albeit via cheap, rudimentary, but beautifully simple equipment. I rented a rehearsal studio with a P.A., and would practice improvising for hours a day with the few shitty pedals I owned and a small synth. Sometimes songs would emerge, and these would often become studio recordings with structure and lyrics. While improvising, I would usually sing non-words and stream of consciousness ideas, even in public performances. Over the years, songwriting has gradually moved its way to the forefront of what I do. The lyrics and their relationship to the music are integral to the project now, but I still use noise and electronic processes and sources in conjunction with organic instrumentation and objects.

Q: Who are your influences?
I grew up listening to a lot of soul, R&B, and "quiet storm" sounds with my mother. There's Sade, Bryan Ferry, Seal, Annie Lennox - stuff like that. So that's a deep part of my musical DNA: those soulful, yet sometimes coldly exacting productions of the '80's and early '90's. Later I got into noisier, more adventurous music like Aphex Twin, Nine Inch Nails, Bjork, and Radiohead, and more intimate, confessional music like Tori Amos and Neil Young. Then Talking Heads, David Bowie, Roxy Music, Brian Eno, Rachel's, Can, Tortoise, Talk Talk, and Godspeed You! Black Emperor. Eventually Fela Kuti, Duke Ellington, Steve Reich, John Coltrane, Miles Davis, and Bach. And how could I forget Tangerine Dream, Steely Dan, Randy Newman - I have to stop. There are hundreds I'm leaving out, but these artists are the first to come to mind. I should also note that seeing one of Tune-Yards early solo shows, and saxophonist Johnny Butler (a friend and collaborator) both showed me that you can do a lot with one person and the right technology. It was very inspiring to hear and see what they were doing. Being from small town Florida, and moving to New York City has made a big impact on me too: the sounds of the city, all the languages, the controlled chaos, the noise, the subway, etc.

Q. Make a list of 5 albums of all time…
I could answer this a thousand ways, but off the top of my head, here goes:
David Bowie - "Low"
Rachel's - "Systems/Layers"
Steve Reich - "Music for 18 Musicians"
Sade - "Stronger Then Pride"
Talking Heads - "Remain In Light"

Q. How do you feel playing live?
Playing live is a powerful experience for me. It also takes a lot out of me emotionally, which is tough when people want to come talk to you immediately after you perform. But connecting with listeners in this way is a very special, precious thing. Overall, it's uniquely gratifying; I can express myself in a way that is so liberating, immediate, and authentic. I feel privileged to even have the opportunity. The audience is like a free form of therapy for me. Coltrane said something about wanting every performance to convey the whole of his being. I strongly relate to this. When I see someone play live, I want them to give everything they have to their performance, no matter the size of the audience or where it's at. Anything less is unacceptable; you're cheating yourself, and the listeners.

Q. How do you describe Public Speaking sounds?
It depends who I'm talking to. I try to gauge and understand their own particular context for music. Sometimes it's "soulful noise" or "experimental electronic music with vocals" or "avant-garde rock." Nothing ever suffices, but I've grown more comfortable with labels, because I know they never convey the full breadth of the music, and no one really expects them to either. They just need some way in. Essentially, my music is a mix of electronics and soul.


Q: Tell us about the process of recording the songs ?
As much as I enjoy performing, writing and recording is my real passion. I am somewhat of a control-freak, and producing my own albums is a kind of Eden for my type of personality. My songs are often written around rhythmic ideas, but sometimes it's a lyric or melody I have in my head that won't go away. I work in a few different ways. The song might be sketched out on a piano, guitar, or with my live setup of microphone, pedals, objects, and synthesizer. In the course of structuring it and writing the lyrics, I usually end up working it out on all those different instruments. It helps me to get inside it and find the core of what I'm trying to say. Stripping it down is a very fruitful exercise for me. Then I begin to record it track by track into my DAW (digital work station) on my laptop. From there I process, rework, and endlessly sculpt the sounds. I tend to obsess over them for longer than is probably healthy. It's a lot of work, but it's also full of play. Once the lyrics are finished and the vocals recorded, I take them to my collaborators. I regularly work with saxophonist Johnny Butler, and guitarist Zach Ryalls (Eternal Garb, Mink Shoals). There are lots of other brilliant musicians I play with, but these two are the core contributors to Public Speaking records. With most musicians, I'll take my mobile recording setup to their home and record them and talk about the pieces and what I'm looking for. Sometimes I'll show them images of paintings or sculptures I have in mind (sound is very visual for me), or I may have a melodic line they can build on. Others, like Ryalls, send me their own recording additions. Everything they do I work over tirelessly, shaping it into the best form to serve the song.

Q. Which new bands do you recommend?
A Bunch Of Dead People, my Floordoor label-mate Ruben Sindo Acosta's funky, powerful, progressive band. Ryalls and Butler also play with them. My favorite band to see live.

Q: Which band would you love to make a cover version of?
I've considered this so many times, but have yet to do it with this Public Speaking project. It would probably be one of my incredibly gifted songwriter friends' music, like singer/pianist Jonathan Wood Vincent. He's the only genius I know, and I've been lucky enough to have him play on the first two Public Speaking albums.

Q: What are your plans for the future?
I have a few tours coming up on the east coast U.S. There's also a remix album of "Caress, Redact" coming in December featuring some amazing reworked versions from Jeremy Bible, More Eaze, Heejin Jang, ARIADNE, and more. It's going to be put out jointly between Floordoor Records and Already Dead Records on a cassette tape (and digital download). All proceeds will benefit New Alternatives, a charity for LGBT homeless youth in New York City. After that, I look forward to writing and recording the next release. I've put out several instrumental albums, and I have the seeds of a new one in my head right now.