No More Bad Dreams with Ex-Astronaut - An Interview 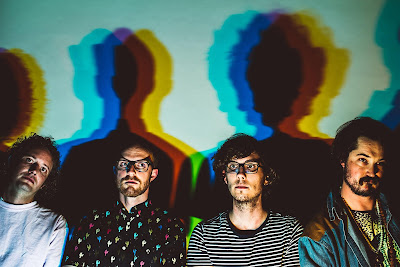 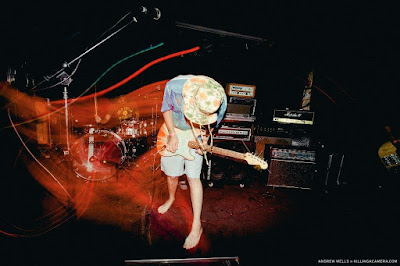 Q. When did Ex-Astronaut start? Tell us about the history...
[Pete Jennings - guitar] Ex-Astronaut initially started in Cleveland, Ohio, USA in 2009 as a band with a different name and different sound. Over the years we had numerous changes in our lineup with Chris Hoke and I being the only constant members for quite some time. In late-2013 we added Chris Kochera and Pat Gang which solidified the current line-up. Around the same time we shifted our songwriting away from fuzzed out indie/alt rock to the moodier, textured, shoegaze sound that we now play. Last January we changed our name to Ex-Astronaut after several bands cropped up across the United States with the same name as our old one.

Q: Who are your influences?
[PJ] I think it’s safe to say we’re heavily influenced by classic alternative and shoegaze bands like My Bloody Valentine, Ride, Slowdive, and the Smashing Pumpkins. However, contemporary bands like the War On Drugs, Weekend, Nothing, and Ringo Deathstarr has also had some influence on our sound.

Q. How do you feel playing live?
[PJ] It’s an absolutely unparalleled experience that I treasure. Everytime I get on stage I make sure to take a moment to look around the room, at the lights, at the bar, at the people there, and really absorb the moment because there will be a time in my life in which I won’t be able to do it anymore.

Q. How do you describe Ex-Astronaut sounds?
[PJ] Spacey, hazey waves of sound at maximum volume.

[CMH] I have heard us described as being very textured, like a wall of sound, or a wave, that crashes over you. We are very loud, it's important that the audience experiences a total immersion into our sonic world.

Q. Which new bands do you recommend?
[PJ] Our hometown is Cleveland, Ohio and its music scene is currently a hotbed of creativity and activity. Hiram-Maxim, Goldmines, Shitbox Jimmy, and Murderedman are just a small sample of the many bands from Cleveland that are doing absolutely amazing stuff right now. All have released new records within the last year. Outside of the Cleveland scene, I’ve been listening to new stuff by Golden Daze, Holy Wave, and the Stargazer Lilies quite a bit.

[CMH] I like the safeties and part time lover and the cross brothers all Cleveland acts and all worth the listen.

Q: Which band would you love to made a cover version of?
[PJ] Over the years we’ve included a number of different covers into our set. We’ve done songs by Weezer, Radiohead, and David Bowie; however, rather than remaining completely faithful to originals, we adapt them to our style. For our record release show in November we’ve got a couple of surprises for our fans that we think they’ll

Q: What are your plans for the future?
[PJ] The rest of 2016 and most of 2017 will be spent playing shows in the Northeastern and Midwestern United States in support of our new album “No More Bad Dreams”. We’ve been writing like crazy and plan to record our next album next year as well.

Q: Any parting words?
[PJ] Thank you so much for interviewing us! We hope that everyone checks out our new record "No More Bad Dreams" at: https://exastronaut.bandcamp.com/ and our Facebook page: https://www.facebook.com/exastronaut/

[CMH] This has been a delight, thank you so much, hope you enjoy the record!!
*
*
*
Thanks