Dusk with Ultimate Painting - An Interview 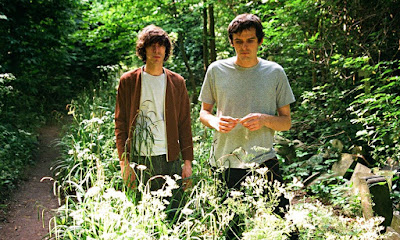 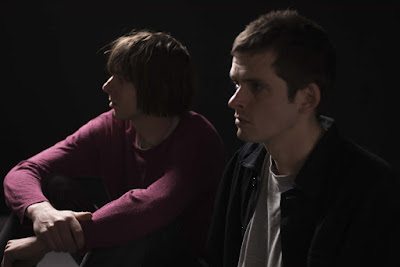 Q. When did Ultimate Painting start? Tell us about the history...
Ultimate painting started after jack and I toured together, his band mazes opened for my band Veronica falls on a 2/3 week tour of Europe.

We knew each other vaguely, I once lent jack the money to get a bus home. But we hadn't ever really spoken much. Once we were on tour we got along really well and I was immediately impressed with his songs, knowledge of the music and personality. Towards the end of the tour we started talking about doing some recording together and a couple of months laster started working in my home studio and unknowingly the band was formed.

Q: Who are your influences?
The Beatles, the velvet underground, stereolab, yo la tengo, buddy holly, Ritchie Valens, gene Clark, Tom jobim the list could go on

None Beatles top 5 (choosing albums by only one artists each)

Q. How do you feel playing live?
I enjoy it a lot. I don't like practicing at all and I like to save up the enjoyment for playing live.

Q. How do you describe Ultimate Painting sounds?
Real, melodic


Q: Tell us about the process of recording the songs ?
The three records have been recorded at my home studio in Stoke newington, London. All my equipment is analog, mostly from the 60's/70's, And is subsequently constantly being repaired/serviced by my friend Peter.

We record on 8 track tape machines and I mix live. Jack and I play all the instruments with our friend Mel playing drums on the last LP.  We start with a rhythm guitar normally and drums or a drum
Machine and build it up from there.

Q. Which new bands do you recommend?
Parquet courts

Q: Which band would you love to made a cover version of?
I'd quite like to cover sugar ray's every morning. We've covered a few songs for aquarium drunkard (a decent blog) , Jack is against it but we may well do it and I am confident it will sound good.

Q: What are your plans for the future?
We'll start work on a new LP early next year. Currently on tour in Europe and to the states in November

Q: Any parting words?
Be true to your school
*
*
*
Thanks