Dive with Giant Surprise - An Interview 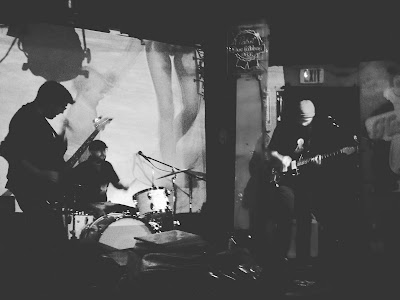 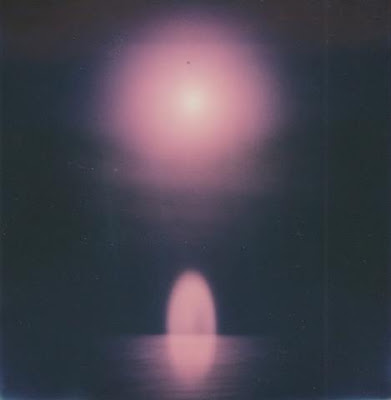 Q. Hello, first congratulations on the new album, it's really brilliant, what is your analysis after conclusion of album? Are you happy with the result?
1. Can't thank you enough for giving the album a listen, and so glad you found it to be brilliant. This album is a collection of songs that we wrote in 2015, and played live over the course of that year. We liked these songs so much, that we felt the original recordings we released didn't do enough justice, so decided to re-record them in hopes of achieving better quality - which I think we did. It's almost a bittersweet feeling to have finished this album, I'm happy to have these songs presented at their fullest potential, but at the same time I miss the process of recording and hearing the songs come together. I'd have to say I'm beyond thrilled with the result of this album, I hope that it finds it's way well into this revival of shoegaze that's going on right now.

Q. How was the process of creating the album?
2. The entire album was written and performed by myself, and Chris Gorrie. I started by tracking all of the instruments aside from the bass here in Austin, TX and had Chris fly in from San Diego to lay down the basslines. I then did some final mixing on all of the tracks, and then mastered them. The end result will be available in December on Tape and CD! We will however be releasing one of our tracks, "Stare" as the next single very soon.


Q. What are the main differences between "Giant Surprise" and" Is Failure an Option"?
3. The main differences between the actual Album "Dive", and the EP "Is Failure an Option", is that Dive actually feels more like Giant Surprise to me, and what I imagined for this band. By that, I mean that it features Chris playing bass on all of the songs, as opposed to just me on the EP. Chris and I have been involved with this project since day one, and I felt that it was only necessary for him to be involved with the making of our first album as we played the songs on there live for over a year and they mean a great deal to us.

Q. What were the influences for creating the album?
4. The main influences for this album, being that most of it was written a year or so ago.. would be heavily Whirr influenced. Especially with their release of "Sway", I really enjoyed that album and was heavily inspired by it. The song "Tree of Stars" title wise was inspired by Failure's "Another Space Song", which is to this day my favorite song by any band I've listened to, and they just so happen to be my favorite band

A lot of this album delves into early emo, similar to bands like Sunny Day Real Estate or Duster, but still keeps the element of shoegaze alive in every song. I wanted to make a definitive shoegaze album, but at the same time include some of my favorite influences ranging from Alternative rock and emo.

Q. What are your plans for 2016?
5. Our plans for the rest of 2016 would be to play a release show on December 18th for this album in San Diego, and hope that we find an audience for our music. We can't think of anything we'd like to do more than to go out on tour and promote this album that we've invested a big part of our lives into.


Can't thank you again Renato for listening to our music and giving us an outlet on your blog to express our thoughts and love for shoegaze, obrigado!
*
*
*
Thanks