Brainwaves with The Subterranean Satellite Band - An Interview 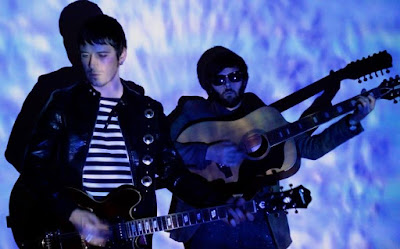 ***** Interview with The Subterranean Satellite Band ***** 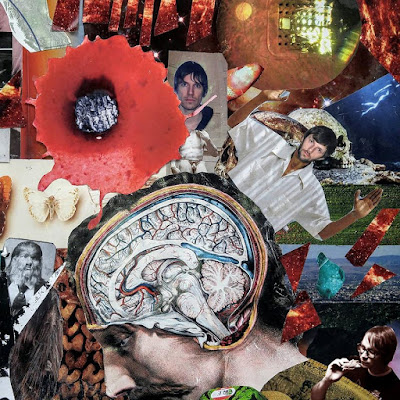 Q. When did The Subterranean Satellite Band start?
I moved to Vancouver from Dublin in the summer of 2013, and met Staf through some mutual friends over there. I didn’t know him beforehand, but when we started talking about music I realized he was in a band back in Dublin called ‘House of Dolls’ whom I was a big fan of. We’d both been itching to get something started in Canada, so we started writing together in Staf’s ground floor apartment dubbed ‘the Groovy Shoebox’. It was only when we got into Chris van der Laan’s studio in East Van that we found our feet. He’s the third member and enabled us to get the sounds we heard in our heads onto the album.

Q. Make a list of 5 albums of all time…
In no particular order:
1. ‘Marquee Moon’ by Television
2. ‘Definitely Maybe’ by Oasis
3. ‘Ladies & Gentlemen We Are Floating in Space’ by Spiritualized
4. ‘Raw Power’ by the Stooges
5. ‘King of the Delta Blues Singers’ by Robert Johnson

Q. How do you feel playing live?
TSSB only played three live shows. The shows were a lot of fun, but we found we did our best work in the studio.

Q. How do you describe The Subterranean Satellite Band sounds?
Our sound is a tangled mess of soulful-folk-pop and psychedelic-shoegaze-blues.


Q: Tell us about the process of recording the songs?
Staf and I would come up with the body of our songs individually on acoustic guitars, and then mess around with them together. We’d tweak arrangements, add a few seventh chords and work on the harmonies and melodies. Once we had an arrangement we liked, we’d try to get into the studio with Chris as soon as we could to capture the song at its earliest stage. By doing so we were able to keep them quite raw and not over-think them.

We recorded all the songs with Chris in his makeshift studio, which was a tiny room at the back of a motorcycle repair garage. It was rough but perfectly suited what we wanted to do. Chris was the catalyst to bring it all together; he played on the record as well as recording it; he added so much to the whole thing. The man is a mixing genius too and he also mastered the record as well. Talented bastard!

Q. Which new bands do you recommend?
The Orange Kyte, Strange Things from Vancouver, Canada.
LA Witch from the USA.
Kikagaku Moyo from Japan.
Shin Joong Hyun from South Korea.

Q: Which band would you love to make a cover version of?
I reckon we could do a decent fuzzed-up version of ‘Here Without You’ by The Byrds.

Q: What are your plans for the future?
I relocated to Ireland last year, whilst Staf & Chris are still over in Canada working on other projects at the moment. We're in the process of divising a transatlantic/pan-American way to record the next record.

Q: Any parting words?
Brainwaves is a time capsule for myself and Staf from the summer of 2013 to the summer of 2015. It spans my whole time in Canada and reminds me of this unbelievably creative period on the west coast of North America. You can download the tunes on our bandcamp page (http://thesubterraneansatelliteband.bandcamp.com/album/brainwaves) or order one of the limited edition cassettes…it’s sounds better that way.
*
*
*
Thanks