Paint the Picture with Small Victories- An Interview 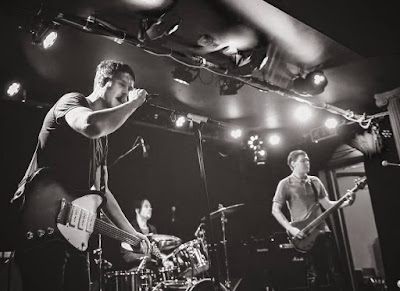 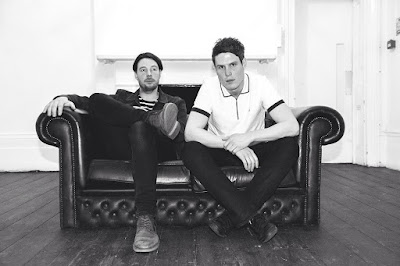 Q. When did Small Victories start? Tell us about the history...
Andy: It began with a common interest in excellent music, in a large field at a little UK festival called Glastonbury. Nick & I bonded over sets from the Cribs, Macabees, Slaves & Gaz Combes and that really started the ball rolling. The next obvious step was a rehearsal room!

Nick: At that point we were just going to go to the studio and see what happened. We had our first rehearsal towards the end of 2015 and ended up coming away with our first single ‘Future’ which we released in the Spring of 2016. Me and Andy continued writing together until we had a complete live set and have been playing shows ever since, along with Furs and Masks frontman Louis Mathews on bass.

Q: Who are your influences?
Andy: Collectively I think we both really enjoy our britpop of the 90s and indie rock of the 00s. We have quite a wider range of individual influences but specifically for Small Victories we've taken alot of inspiration from garage and pysch rock bands like BRMC, Kasabian and the White Stripes.

Q. How do you feel playing live?
Nick: Playing live is the best part of being in a band. When you’re relatively new you never really know whether you’re going to be playing to 2 or 200 people, but that just adds to the excitement really. We’re pretty no nonsense on stage, just blast through the songs as best and as loud as we can generally. We all have a good time whilst playing and I think that resonates into the crowd!

Q. How do you describe Small Victories sounds?
Nick: We’ve been described as Garage/Psych Indie-Rock.


Q: Tell us about the process of recording the songs?
Nick: It was just the two of us recording the first lot of tracks, so we would generally put down the drums and bass first and then layer the guitars and vocals over the top. We played everything as we would live to begin with then put in overdubs where needed. We’ve done two recording sessions now and used the same studio in North London for both, as we were really happy with the results of the first. Unfortunately the second didn’t go so well and although we came away with our new single ‘Paint the Picture’, another track that we had recorded as part of the same session had to be scrapped, as the producer disappeared and didn’t finish it. Needless to say we’ll be looking elsewhere for our next sessions!

Q. Which new bands do you recommend?
Andy. We're off to see a band called Yak later this week, who are great.

Q: Which band would you love to make a cover version of?
Nick: I would love to have a crack at something by Faithless, although I’m not sure how that would sound as 3-piece guitar band. The energy they get on stage is incredible though, I’d love to get somewhere near that.

Q: What are your plans for the future?
Nick: We are focusing on our new single ‘Paint the Picture’ at the moment, which is due to be released on 4th November. We’ve got a show at The Water Rats in London on 5th November to coincide with the release, supporting Trampolene, who I’m a big fan of at the moment.

Andy: Thanks for the questions and keep spreading the Small Victories love across South America. Its been a pleasure. Até mais!
*
*
*
Thanks