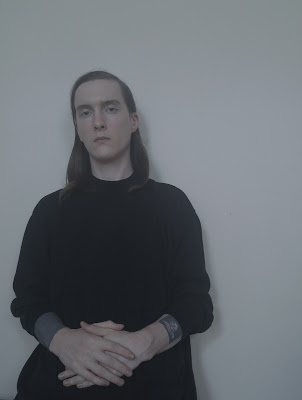 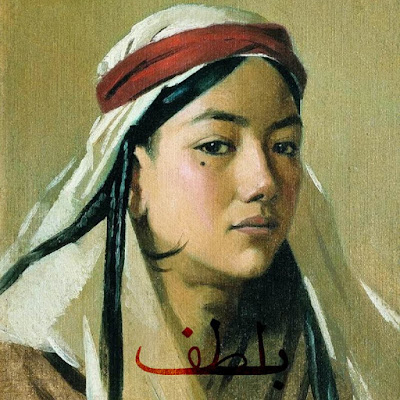 Q. When did Bare Wire Son start? Tell us about the history...
There isn't an exact inception date for Bare Wire Son, it's been ongoing for years but has only come to fruition in the last few. After attempting to be in several bands while I lived in England I realised that I'm just not a good person to work with musically and am incapable of being in a traditional band, so decided to figure out how to do everything myself and make exactly what I wanted to without having to share any responsibility or compromise with another musician. This basically means I rely heavily on looping, effects, drum machines and stereo set-ups. I essentially ostracised myself to Poland to finish writing Gently, then moved to Canada to record it. I find being in unfamiliar places is the most powerful catalyst for creative output, so try to perpetuate that whenever possible.

Q: Who are your influences?
This isn't such a straightforward question for me to answer, I believe that a musicians influences shouldn't simply be tied to other musicians; influence can come from anywhere, whether it's heroin, a philosopher, a relationship or nothing. Everything is a culmination of events, and those events shape your preferences and influences. To answer the actual question, here are a few people whom I feel have been impactful on me artistically: Michael Gira, Jandek, George Bacovia, Andrei Tarkovsky, Krzysztof Kieslowski and Kathe Kollwitz.

Q. Make a list of 5 albums of all time…
This fluctuates for me as it does most people, but right now I would say, in no particular order:
Swans - Soundtracks For The Blind
Matt Elliott - Failing Songs
Silver Jews - The Natural Bridge
Jackson C. Frank - Blues Run The Game
:Of The Wand & The Moon: - The Lone Descent

Q. How do you feel playing live?
Intimidated. Anxious. Generally nervous and excited simultaneously. A live performance for me is an entirely different entity to an album, and they both have very disparate effects, so it's very important for me to make sure that the live performance deals with the spectrum of senses that a recording isn't able to; something much more physical and intrusive, more visceral and immediate than the intimacy, fragility and personalness of an album.


Q. How do you describe Bare Wire Son sounds?
When I'm in a situation where I have to attach adjectives to my music, I usually just leave it as "slowgaze". Languid, depressive and dense, but ultimately I don't really like having to describe something I've made when it's so readily available to actually experience instead. We live in a very immediately gratifying age where anyone interested can find out for themselves in a matter of seconds, and the artists chosen words mean very little outside of genre tagging.

Q: Tell us about the process of recording the songs ?
I do everything myself from start to finish. this way I'm not confined to time limits or outside pressure from studio fees etc, plus I know it will sound exactly as I want it to when I have total control over everything. Gently was written to be played live, alone, and therefore has heavy electronic/mechanical elements. The drums all come from a shitty, old drum machine, the synths are from a broken Hammond organ and a three octave Korg. I get these parts done first and then put the guitars on top, which are by far the most time consuming, frustrating, satisfying, fastidious and enjoyable part of the whole experience. I get all of my guitar sounds through an array of some very talented pedal builders, recording everything in mono. As I mentioned earlier, this is a one-man project, so I have limitations on instrumentation etc, so figuring out how to get a guitar or a keyboard to cover as much tonal ground as possible is something I try to accomplish as best I can. I get vocals done as quickly and quietly as humanly possible; I hate my voice immensely, and really try to get them out of the way as quickly as I can, to the detriment of the listener. Sorry.

Q. Which new bands do you recommend?
I'm remarkably out of the loop with new bands, semi-deliberately. There are two artists in particular who are doing really wonderful things though: Slows Down from England (or Berlin now I believe) who makes music that I have no idea how to categorise but is absolutely gorgeous, and Голландский Штурвал, a slowcore band from Saint-Petersburg that have yet to release anything I haven't adored.

Q: Which band would you love to made a cover version of?
I've covered Smog once which was quite fun, but I'd love to cover Jackson C. Frank one day but I'm really terrified of fucking it up and not doing him justice.

Q: What are your plans for the future?
Russia. Almost all of the people that care about what I'm doing artistically are in Russia, so I plan to head over there to play some shows as soon as I'm ready. I've began writing the next album, which will be a much more in-depth affair: longer, slower, darker and have a book accompanying it to explain and carry the theme and proposition behind it. Before that should be a shorter release of some songs that don't fit on anything else.

Q: Any parting words?
Thank you. I really appreciate that I'm able to have a pedestal to stand on to talk about things in a place where people may see them. If a single person finds my music and is touched by it in any way, I'm glad, it's always truly touching to hear from people who have found solace through something I have done. A special thank you to Alexander Lapin, who has been absolutely invaluable to me musically, and I'm confident no one would know who I was without him.
*
*
*
Thanks