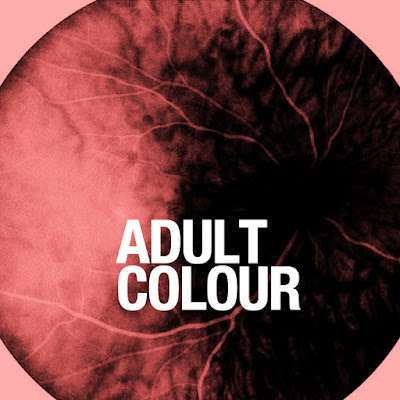 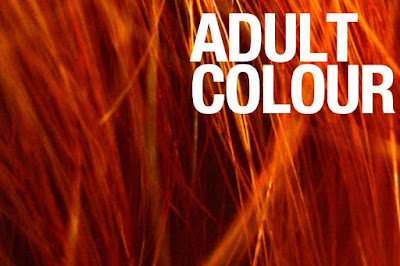 Q. When did The Adult Colour start? Tell us about the history...
1) We met at a shitty job in Boulder, Colorado (a chain that is synonymous to a red Bullseye), and after a year passed we realized we were into the same music--shoegaze, dreampop, noise rock, ambient, etc. Tim's folk-pop band just disbanded and he was looking to start a new band. Something simple. It started with 3 hour long jam sessions with beer, loop pedals, fuzz, synth pads, open chords and impromptu lyrics. It eventually all fell together to become Adult Colour.

Q: Who are your influences?
2) Our influences are far and wide. Adult Colour is certainly a mishmash gumbo of everything from folk to IDM. But when you put on your headphones and turn on an Adult Colour song you'll most likely get some glimpses of Suicide, Galaxie 500, Spacemen 3, Swirlies, Smog, Real Estate, Beach Fossils, Beach House, NEU!, Hot Chip, and Silver Apples.


Q. How do you feel playing live?
4) We've only played out once officially (at a cramped taco joint without a PA system or any kind of sound system whatsoever). There aren't really any venues (besides house shows and small DIY shows) that fit with our music in the city we live in. We live close to Denver and are hoping to book some DIY shows down there as soon as possible.

Q. How do you describe Adult Colour sounds?
5) Psychedelic and noisy at times, minimal with ambient elements. Some jangly guitars, some twang. There's a lot of head-space, but almost all of our tracks have some catchy pop elements involved. Not sugary, but definitely for those that have a sweet tooth.

Q: Tell us about the process of recording the songs ?
6) We recorded our EP in a friend's basement. It was certainly a quid pro quo sitaution: he wanted to get more experience recording/mixing/mastering and we desperately wanted to record. It took roughly four sessions to complete EP.ONE. We are venturing into the lofi recording territory as of late. Recently we acquired a cassette player and are hoping to get as lo-fi as we can.

Q. Which new bands do you recommend?
7) Alvvays and a local Boulder band called Grass would be the first we'd suggest. Real Estate, Beach House, and Beach Fossils aren't necessarily "new" bands, but they are newer, and do deserve a listen.

Q: Which band would you love to made a cover version of?
8) Black Tambourine, Galaxie 500, Teenage Fanclub, Spacemen 3. We haven't really spent much time exploring covers or remakes...but we certainly aren't ruling it out.

Q: What are your plans for the future?
9) We've got a ton of songs we'd love to record properly if we can raise enough funds for an album. (Probably enough material to split into subsequent LP and EPs.) We are hoping to play a few shows in our area soon to gain some local recognition, make some friends with likeminded bands and distribute our EP (a cassette made with Custom Made Music) to some people. Besides that we're continuing to write, record lofi, and looking for new pedals.

Q: Any parting words?
10) Thanks for the opportunity to spread our music, and for maintaining this wonderful blog that celebrates this type of music. We've been listening to the Skywave, Galaxie 500 and Teenage Fanclub tributes on bandcamp and are throughly enjoying it.
*
*
*
Thanks