Transmissions with 3AM - An Interview 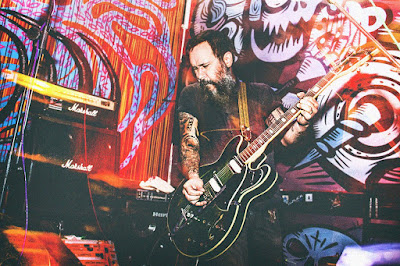 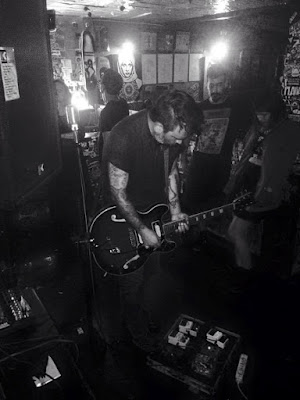 Hello Chino, first congratulations on the new album, it's really brilliant, what is your analysis after conclusion of album? Are you happy with the result?
Yes, very much. I know it can sounds like a cliché but this is my favorite album of all I’ve worked at in my life. I’m very satisfied with the sound, with the vocals (that for me it’s always the hardest part) and with the lyrics (that’s even harder for me)

How was the process of creating Transmissions?
Very long but super relax. I started to record December 2014 and kept doing it till July or August 2015…doing some mixin in between and leave the songs to breath. So that gave me time to make playlists from about 30 songs I recorded and see which works better for the album.


What are the main differences between Transmissions and Ufo Blues Tapes?
I think exactly that…the time that I had to work. For UFOBT, in only 2 weeks I wrote the whole album, recorded and made a pre-mix of it. So didn’t have much to choose, cause didn’t have many songs. I think I just recorded 10 songs. For Transmissions I worked with a lot of layers of guitars and then did a proper mix. Also the lyrics has a very different orientation, UFOBT is more like a celebration mood somehow, talkin about friends, life on the road, stuff like that. Transmissions is more me against the world, you know. Its bitter and angrier, complaining about the system, the media, the mass manipulation, etc.

What were the influences for creating the new album?
Suicide, Joy Division and The Stooges as always, but guess had a strong shoegaze influence as well. Definitely more notorious than UFOBT, not in the ethereal-dreampop sound but the oversized reverb – long delays – non stop loops wall of sound that it’s typical from the style. Also I think I embraced more my 80s post punk influences and less La Ira de Dios stoner vibe, that you can still get a little at UFOBT.

What are your plans for 2016?
A new split is coming out around these months, with Farflung (on Head Spin Records again…the ones who put out the split with Sula Bassana) seems like another “surprise” split for the second half of the year and maybe some South Americans shows (finally) outside Peru.
*
*
*
Thanks