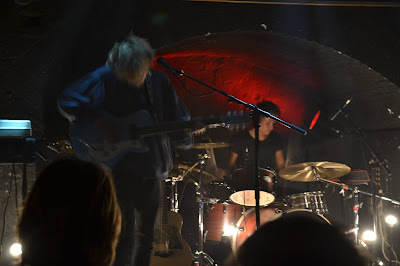 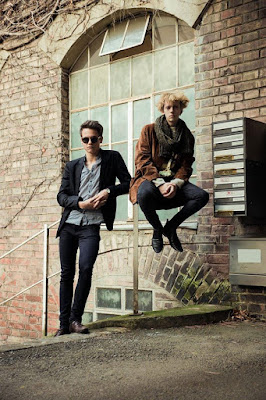 Q. When did Molly start? Tell us about the history…
After our old band moved to Vienna we decided to have a few jams and immediately felt a vibe going on so we finally formed the band then in December of 2014. The first few Gigs in Austria and Italy followed then pretty quick and in Summer of 2015 after months of work we finally released our first single and video then.

Q: Who are your influences?
Our influences vary from classics Like The Pink Floyd, the Beatles, Sigur Ros and Radiohead, to Neo Psyche bands like Tame Impala, MGMT and Pond, to 90s Shoegaze Like MBV, Slowdive, Ride, ect...

Q. Make a list of 5 albuns of all time…
Gum - Delorean Highway
Sigur Ros - ()
The Rolling Stones - Their Satanic Majestics Request
Slowdive - Souvlaki
The Brian Jonestown Massacre - Take It From The Man!

Q. How do you feel playing live?
The first live shows were a little challenge for us to see, if we could accurately reconstruct the sound of our recordings with only 2 people on stage. After the first 2-3 gigs we realized it was indeed possible. We accomplish that, using a MIDI-bass pedal and playing drums, synthesizer and bass at the same time. So we still are only a duo, but try to generate the same amount of output as a band with 4-5 people.

Q. How do you describe Molly sounds?
Its always quite hard to talk about something like this without sounding self-absorbed and cheesy. Some journalist once wrote the following, we liked it so much so we kept it ever since: As MOLLY are washing over you with their dreamy alpine airnes the duo not only manages to hit the nerve of the time but also sees itself to create something utterly new and unique, a wall of noise, sound and washed out melodies and textures, in a way, you'd probably not even expect it from an outfit 3 times their size and age.


Q: Tell us about the process of recording the songs ?
Oh its always different. Every song is a completely new story and adventure for us, its a bit like climbing a mountain here in Austria, every single one is different, with new challenges unique demands and therefore completely different processes of recording. After writing something together and having a live version of it, which is really important for us (we only record what we can reproduce live with two people), we normally sit down and record a rough click track that we then individually record all the final instrument parts to until its finished. Everything is being recorded by ourselves. For mastering and mixing we send it over to a good friend of ours from Jonestown Audio in Australia that pieces it all together and gives it its final touch.

Q. Which new bands do you recommended?
We are both absolutely in love with the Australian Band „GUM“, they recently started touring now with „Mac Demarco“. Also the Vienna based Surf-Rock Outfit „Vague“ is always a source of inspiration to us.

Q: Which band would you love to made a cover version of?
What we would absolutely not consider doing is taking a Shoegaze or Dream-Pop song like for instance from „My Bloody Valentine“ or „Slowdive“ and try to do a cover of these. We really much enjoy taking songs from other genres and other directions though just to make it completely ours. It’s always alot of fun! In the past we already covered songs by „Pink Floyd“, „Tame Impala“, and lately even „Tom Odell’s“ „Another Love“. We are open to anything basically.

Q: What are your plans for the future?
For the following month we mainly plan to get out our next single, we got alot of songs up our sleeves that just wait to be released. Also we are really much looking forward to an opening Gig for the amazing KVB in March. We are going on a little tour through Germany, Austria and Switzerland this Summer next to some other live gigs. After all that and after we have hopefully released a few singles we are planing to start recording an album this fall! We are full of energy and inspiration these days. If it would be possible we’d be up for doing all at once.

Q: Any parting words „
As I long for you now As my high turns to sorrow As I drink to forget Sung a song calm as death“
*
*
*
Thanks