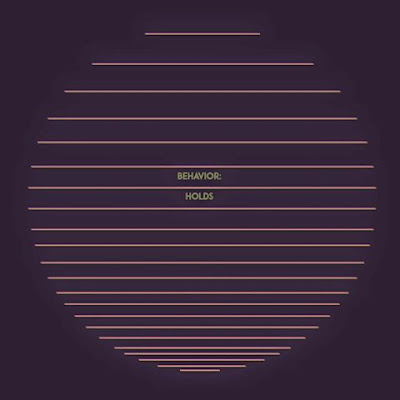 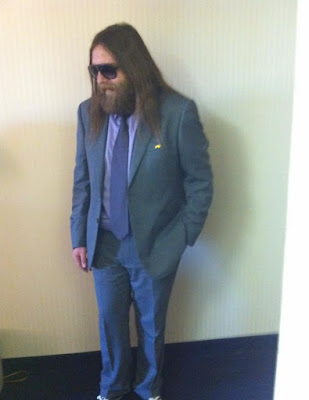 Hello Rocco, first congratulations on the new album, it's really brilliant, What is your analysis after conclusion Behavior: Holds?
I'm very happy to be finished my first album in four years. I took a lot of time off from making music. Kinda felt as though I didn't really have much to say. This album is by far my favourite thing I've done yet.  Behavior: Holds is actually the first of two records that belong to one another. The next one will be called Behavior: Ceremony. The second one will be out later this year.

Are you happy with the result?
I'm incredibly happy with it. This is the first album that my sister (Giulianna Renzetti Wood) and I have done together. It was a great decision to have her sing on the record. Makes a huge difference and really lends itself to this particular set of songs. She'll be part of the live band as well. Although this record was incredibly difficult to make, I think it stands as my best album yet.

How was the process of creating Behavior: Holds?
The process was not traditional at all. I made this record by myself at home. Which I usually do. But this one has no real drums. I spent a long time learning to program old drum machines to get exactly the sounds I wanted. The process was also pretty intense. This album has the most intimate of subject matters and it really got to me very deeply. My whole life sorta turned upside down and my heart and brain just sorta shattered. I tried to write and record honestly and make sure that all of my thoughts were there. I also spent most of this recording pretty fucked up on substance. It was really quite a dark time. But again, the addition of my sister coming in at the end and laying down those great vocals was a nice way to break up the darkness.

What are the main differences between Behavior: Holds and Supercrushesdiehard?
Behavior: Holds is most certainly a shift in direction. The goal for the album was to have minimalism and repetition. To have these stark ideas with tons of small filtering synthesizer lines and blistering fuzz guitar. It's similar to supercrushes in how it tells a story from beginning to end. But supercrushes was meant to sound more like a band in a room. Very raw. Very much like the bands I saw play when I was a kid and I really liked to watch live, like Dinosaur, Sonic Youth and Nirvana.
Behavior: Holds is much more of a focused album with more intimacy and an overall more psychedelic/drugged out vibe.

What were the influences for creating the Holds?
Um...probably Suicide, Sonic Boom, JAMC, Spacemen 3, and even bands like Lilys and The Wedding Present in some ways. I guess those are the musical influences. But I think that "Holds" has maybe more melody than any of those bands really ever put forth.

What are your plans for 2016?
Behavior: Holds is released on March 1st via bandcamp and then limited physical media to come.
Behavior: Ceremony will be released late summer 2016. There will also be a "solo" album released closer to the end of 2016. I'm still working on that title. Searching for a new record label to put the material out on vinyl and stuff.

We'll be playing shows and touring in a few months as well. Hopefully we can get to Europe in the next year. Live shows should be pretty interesting. Haven't done them in a long time. Hopefully I'm still ok on stage. Haha! Happy to say that my new band: Adam Barone (guitar) Craig Blankenship (bass guitar) and Giulianna Renzetti Wood (keyboards/vocals) and Boss SP 303 (samples and drums) are all really amazing people and I look forward to being on the road with them.
*
*
*
Thanks