Better Than Before with Midway Still - An Interview 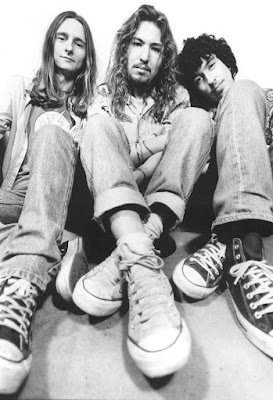 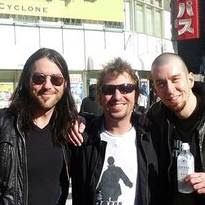 Q. Hey Paul, thanks for this interview, In the 90's Midway Still reached out many times in Brazilian radio stations and also on the slopes of underground clubs. Better Than Before was included in a compilation with other bands of that era the Comp. called "Another Kind of Noise", Did you know all this?
Yes, but I can't remember if we knew about that compilation at the time or if we found out about it later. It certainly seems to have caused a buzz over there! A couple of years ago we very nearly played a few gigs in Brazil purely on the back of that release from 20 years before. Unfortunately, the promoter came to his senses and dropped the idea before it became a reality. Maybe this time we can get over there...but maybe not.

Q. Tell us about the history of Midway Still...
It's a long history....! In 1989, I had already been writing and recording (very bad) songs on my own with a drum machine for a long time. I was working in an office (and hating it) when suddenly the songs started to be quite good. Before that, I'd wanted to form a band but knew the songs weren't strong enough. Anyway, I thought that, with the right people, I could have a band, in a Dinosaur Jnr/Squirrel Bait/Lemonheads kind of vein. But I knew no musicians. So I advertised in Melody Maker for a drummer and bass player. I think Dec and Jan (they came together as a package) were the first to respond. We met, got on great and they loved the songs so we rehearsed and within a couple of hours had a set. From there we started doing gigs around London and got a live review in Melody Maker for our 10th show. After that things moved very quickly with lots of offers and deals and press and gigs. We signed with Roughneck, run by Laurence Bell (now Domino Records) which was also home to Leatherface.

We played hundreds of gigs with Snuff, Mega City 4, Senseless Things, Leatherface etc. and even a few with Nirvana, Green Day, Radiohead. We recorded “Dial Square” with Don Fleming, and were in the music papers every week, played Reading and Glastonbury and could do no wrong. But when Nirvana exploded, weirdly, things started to go wrong. We did another album with Frankie Stubbs, but the moment seemed to have passed and, as quickly as we had arrived on the scene, we were out of it. Dec left soon after that to look after his kid, but the replacement drummer didn't really work out, so the band kind of fizzled out. 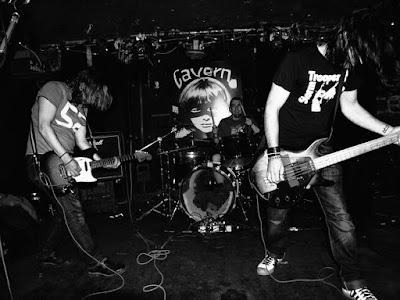 By 1995 I was working in an office again, but still writing. I sent some tracks to a management company and got a publishing deal, so started Grouch with Jan. We had a few years of fun with that, then I played in various bands (Snuff, Minuteman) until 2003. I was still friends with Dec and we played occasional MS gigs with Russ on bass. In 2007, we were asked to play the “4 for Wiz” show and it was about then that we started to talk about recording some more. In 2010 we actually got round to it and recorded “Note To Self” followed by “Always Ends” in 2012 and now “Go Team No Hope” released later this year. These latter years have seen us playing in the UK occasionally but we have toured in Japan twice which has been fantastic.

I think this year might be the year where the story ends though!

Q: Who are your influences?
Well, we each like lots of different stuff now, but at age 15 for me it was all AC/DC, Motorhead, Metallica, Venom, Anti Nowhere League, The Damned, GBH, Discharge. Then I found Husker Du and melody, then Dinosaur Jr and all the SST bands, and Neil Young and The Byrds and The Long Ryders and....etc. I think Dec's taste was similar, maybe less “metal” (then) and Russ is definitely more “rock”. I've always said I love any style if there's a good song but we all like power and a nice chorus!


Q. Make a list of 5 albums of all time…
I can only speak for myself, but...
If You Want Blood – AC/DC (the reason I wanted to play guitar)
Ace Of Spades – Motorhead
You're Living All Over Me – Dinosaur Jr
Loveless – My Bloody Valentine
Under The Western Freeway – Grandaddy

Q. How do you feel playing live?
Usually a bit drunk. Always nervous. Always worried that the whole thing will go wrong at any moment. And often really surprised at how good we sound.

Q. How do you describe Midway Still sounds?
I think we sit squarely in the middle of MBV, Metallica and Dinosaur Jr and somehow end up sounding like a really depressed Foreigner, ha ha!

In fact, I guess it's just pop songs covered in a hugely unnecessary amount of noise.

Q. What´s your favourite Midways´ album?
I suppose the one that I dislike the least is “Always Ends”, but it might have been a bit straight forward ROCK in places. I can't listen to the first two albums because of the production.

Q. A new album will be coming in March, "Go Team No Hope". Tell us about the process of recording it ?
We did the drums in a weekend in London at a friend's studio. I then took the drum tracks home and added a few guitars. After that we went back to London to record Russell's bass, then I wrote some lyrics and layered over vocals and other guitars. Sounds simple, but it was, in fact, a soul destroying nightmare that nearly cost me my sanity over a period of 6 months! And I'm still not 100% happy with it.


Q. Which new bands do you recommend?
I still consider Coldplay a “new” band, so I'm hardly the one to ask, but...

GIRL BAND from Ireland are excellent. Quite hard and weird like Jacob's Mouse or The Fall or Butthole Surfers. Like an indie band from 1989. EXTREMELY noisy.

My niece's boyfriend is the singer in super cool YUCK, so...YUCK!

Q: Besides MBV You Made Me Realise, which band would you love to made a cover version of?
We have done lots of covers. In fact there is an E.P of covers available as a download from our bandcamp site www.midwaystill.bandcamp.com

There's only a point in doing a cover of a song if you can do it better or successfully differently, so often there's no point trying. We often break into metal riffs when rehearsing, but the songs invariably collapse because we can't play them...I think we'd better stick to our own stuff. At least we can play it. Sort of.

I did try to persuade the others to do “The Sun Ain't Gonna Shine Any More” but they just ignored me.

Q: What are your plans for the future?
To be honest, we're not sure. It may be that we've reached an end, or at least a hiatus. Logistically it is difficult now because I live in France and the others are in London so every little thing takes planning (and money). We'll do some gigs this year and then maybe fade into complete obscurity once and for all.

Q: Any parting words?
Goodbye, lovely Brazilian people. It would be really amazing to come and play there, one day. You never know, if we hang around long enough.
*
*
*
Thanks Paul