Statement with Dissolve - An Interview 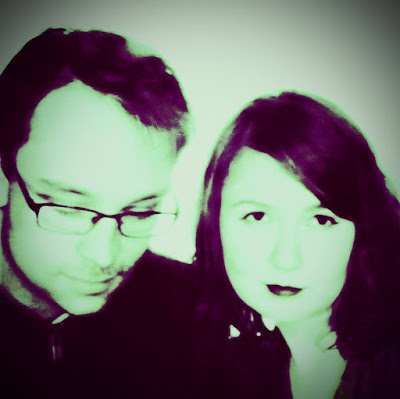 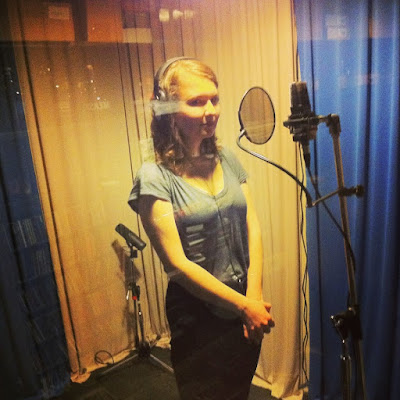 Q: When did Dissolve start, tell us about the history...
Inna and I made a record with our dear friend Mark under the name Modern Charms in 2010. During that year, I moved to London for graduate school. I moved back to San Francisco in the summer of 2012, and I had a few ideas that I wanted to explore. It seemed natural to ask Inna to help me because we had worked so well together before with the Modern Charms record, and she is my close friend. Mark had since moved back to Vancouver, so Inna and I formed a new project on our own.

Q: Who are your influences?
This is an open question. We obviously love many of the 90’s UK indie bands spanning across the various scenes of that time, from Sarah to Creation to Fire and back again. For me, the other people who are close to me in my life are my biggest influence. It’s not necessarily that I’m directly influenced by them in a musical way, but the process of creating anything for me involves the tenderness of relationships with those I feel closest to.

Q. Made a list of 5 albums of all time…
Ok, I can’t make any sort of order for these, but off the top of my head:
George Harrison – All Things Must Pass
The Stone Roses- S/T
The Sundays – Blind
Nick Drake – Pink Moon
Violent Change – S/T

Q. How do you feel playing live?
We haven’t played live in quite some time, but thinking back, I am always really stressed out because I just always feel like I can’t re-create the music that is on our recordings. I’m rarely satisfied with whatever else the live sound has become. Maybe one day…

Q. How do you describe Dissolve sounds?
I’m not sure how to answer this. It’s just an attempt to bring forth the music that I hear in my head. Most of the time, it’s just maybe one chord change, or a very simple melody, and I challenge myself to write something around what I hear. It seems like people hear our sounds in different ways, and I like that.


Q: Tell us about the process of recording the songs ?
Well, I constantly record demos in my room using my old laptop or my friend Evan’s 4-track if I can borrow it. Then I send them to Inna and we talk about them. Usually there’s one or two that we both like. We went to my friend Jack’s studio, The Atomic Garden, which is just south of San Francisco in Palo Alto to record the first EP. I like it there because he has a 2-inch tape machine and a ton of tape, so we can record drums and bass on to that. I made a few mistakes while recording the guitars that still kind of bother me, but I think on our upcoming record I was able to work some of that stuff out. Inna pretty much did all of the vocals in a few hours, which was insane!

Q. Which new bands do you recommend?
I am guilty of not staying abreast of all the great current music that it coming out! I can say that Mark’s project, Supercrush is really great and they have a new single coming out soon. Also, I really like Part/Human, a San Francisco band with Margot from Silver Shadows. I also really like this band Plush from San Francisco, but I don’t know much about them! Basically anything that Melters or Death Records puts out is probably worth checking out if you want to hear new music…

Q: Which bands you love to made a cover version?
Haha, this is a conversation that Inna and I have had many times. A long time ago, we used to have fun playing around with the Ride song, Sennen. We would never record it or play it live, though. I always thought it would be cool to do a version of Man on the Moon by Sugar…

Q: What are your plans for the future?
We have a new EP that is almost finished. Hopefully, it will be out this year, and we’ll have something to share soon! So, stay tuned!

Q: Any parting words?
Thanks a lot for your support, and I’m sorry that it took so long for this to happen!
*
*
*
Thanks