Learning with Glaciers - An Interview 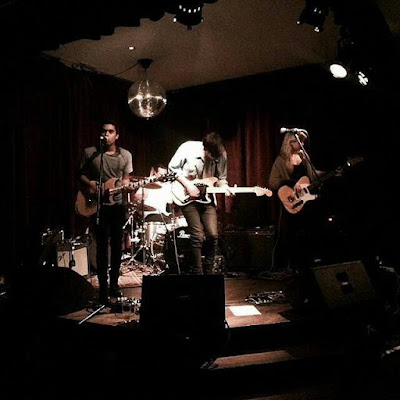 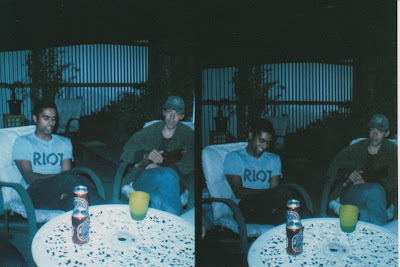 Q. When did Glaciers start? Tell us about the history...
Simon: Nalin and I have been playing guitar together since we were 16. We'd been recording bits and pieces but it wasn't until 2012 when we were about to finish university that became a case of if we don’t start a band now then we never will. We went to school with Tom (drums) and Tilly (bass) was a friend of one of my mate’s sisters. We met up over a few beers and they were pretty happy to join. Tilly had to drop out of the band a couple of months ago and so Ryan from Hideous Towns has been playing with us since then.

Q: Who are your influences?
Simon: I always feel like people expect us to answer this question with a bunch of 80’s New Zealand and Australian bands but I’ve never really gotten into a whole lot of that stuff. I know Nals is keen on The Pastels and The Field Mice but I’m more into bands like Twerps and Ducktails. We both love Sea Pinks from Belfast though, they just keep churning out incredible albums year after year.

Nalin: In no particular order
1. Spoon - Girls Can Tell
2. The Radio Dept. - Lesser Matters
3. The Smiths - The Queen Is Dead
4. The National - Boxer
5. The Pastels - Sitting Pretty

Q. How do you feel playing live?
Simon: Doesn’t matter about the size of the show, I always get nervous. Having said that, playing music with three top friends is a great feeling.

Q. How do you describe Glaciers sounds?
Simon: I’d say it’s changed pretty significantly over the last few years. We’re much better at writing songs than we used to be which means we don’t need to hide behind the huge amount of reverb and delay that we used to use. Our new songs are brighter and clearer and Nalin's been coming up with some killer choruses. I no longer overcomplicate everything with unnecessarily complex guitar lines either. We've learnt to appreciate simplicity in songwriting and as such have been leaning towards more straightforward pop songs.


Q: Tell us about the process of recording the songs ?
Simon: We recorded a batch of songs with our mate Matt Hosking (VHS Dream), last year up on a property near Castlemaine. It's an amazing spot outside the city with no neighbours nearby at all meaning that we could record well into the night. Managed to record drums and bass for eleven songs in three days which was much faster than our previous recording efforts. Guitars and vocals were done periodically over the next few months back at Matt's studio.

Q. Which new bands do you recommend?
Simon: Some Australian bands that I’m really liking are Swim Team, Ciggie Witch, Free Time, School Damage and Orion. Outside of Australia I’ve had Hoops' Tape #2 on repeat.

Nails: You Beauty from Sydney, The Good Sport from Brisbane and Bad Family from Melbourne.

Q: Which band would you love to made a cover version of?
Simon: Definitely ‘Stay on the Beat’ by Guy Blackman.

Q: What are your plans for the future?
Simon: We’ve just finished mixing a bunch of tracks and so are currently sorting out their release. We're really excited for people to hear them as they're so much better than anything we've done before. Once that's done, we're just looking forward to playing as many shows as we can.