Connect The Dots with Playground Theory - An Interview 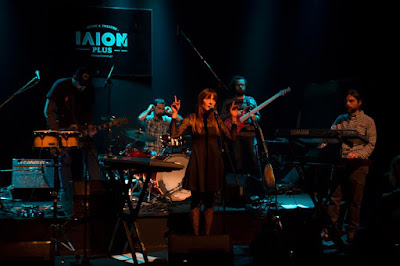 Q. When did Playground Theory start? Tell us about the history…
Playground Theory started as a 3-piece (vocals, keys & drums) in 2009. Shortly after the release of our debut album “Speaking Of Secrets”, we added a fourth permanent member on guitar completing the current roster. While the core of the band still remains the same, a variety of musicians and friends surround us in concerts and in the studio.

Q. How do you feel playing live?
Playing live in front of an audience is what almost every band comes from and can relate to. We always enjoy the experience, sharing our sounds with different audiences.


Q. How do you describe Playground Theory sounds?
What characterizes our sound in all our songs is the nexus of tense-release. In fact, the core of our music is the combination of contradictory elements. What we mainly attempt is to adapt this antithesis to our own dreamlike worlds, full of long journeys through stellar nebulae, constellations and sea diving, ending up sometimes in nightmares and sometimes (usually) to our destination, our personal Ithaca!

Q: Tell us about the process of recording the songs ?
Drafts of the songs are conceived at home and may (or may not) have a specific structure and orchestration. Usually music comes first and lyrics follow (sometimes archived lyrics or poems of our own are used). Most songs are then being tested on rehearsals and jams. This stage is crucial, as it enriches each song with new elements from every instrument and various styles. By the time of the recording, the songs have reached their final stage, but still there have been instances when we added extra elements right at the last minute.

Q: Which band would you love to made a cover version of?
Slowdive, Electric Six, Cocteau Twins, Faith No More, NIN

Q: What are your plans for the future?
For the near future we intend to promote our album as far as we can. Αfterwards maybe rehearsals for a new album, but it's too early to define when and how.

Q: Any parting words?
Thank you so much!