Chudesa with Your Friends Polymers - An Interview 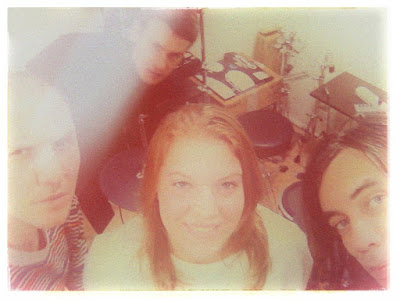 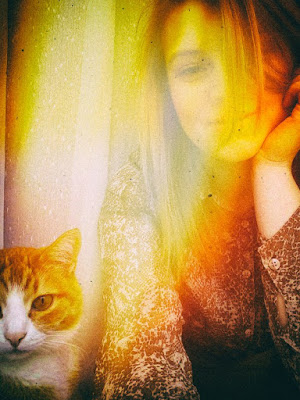 Q. When did Your Friends Polymers start? Tell us about the history...
So, here is the story in few words. It started in 2013, when Vadim and Andrey decided to start playing guitars. Before this Vadim played synths and Andrey was a bass player, so it was such kind of an experiment for both of musicians. The main idea was just to make some noise and see what happen. And that was really exciting. It was just staying with guitars and playing random things until getting tired of it or something close to music appear. At last about 10 things appeared which were far from to be finished as a composition. 5 of them were chosen for further research, for some reasons they seemed to be much more successful than the others.

About one year later Your Friends Polymers performed for the first time. It looked rather strange: two guys with guitars appeared on the stage and played loud with drum machine and a recorded bass guitar line. It included just 3 instrumentals, so everything came to an end about 10 minutes after the beginning. Still, it was pretty cool.

Sasha and Slava joined the band in 2015. From that moment the band got another kind of sound with live bass and vocal, it became stronger and much better in all senses. So, that’s how Your Friends Polymers began to make noise all together. As a result of this exciting cooperation EP “Chudesa” appeared at the end of 2015.

Q: Who are your influences?
Well, it seems to be a very long list, which should include movies, books, albums and songs, friends and relatives, hundreds of moments in our lives. It will be impossible to pick out something special.

Q. Make a list of 5 albums of all time…
“Revolver” by The Beatles,
“Treasure” by Cocteau Twins,
“Isn’t Anything” by My Bloody Valentine
“Strange days” by The Doors
“The Great Escape” by Blur

Q. How do you feel playing live?
Generally, much better than day job. And also you always feel thirsty on the stage. I don’t know why and have nothing to do with this. I like this feeling, anyway. Also, during the concert there is such a feeling as you can touch the sound. That’s really cool. Everything sounds different from the records. Sometimes it seems like we are just staying on the stage while some other guys are playing our things in their own way with some quantity of false notes. That’s how we feel.

Q. How do you describe Your Friends Polymers sounds?
Well, in few words.. it sounds like someone is frying a steak in the presence of thousands of bees and all this happens under the deep water of Pacific Ocean.


Q: Tell us about the process of recording the songs?
There is nothing really special about that. We rent a room where we keep all our staff and where we can come in the evening to play music or just see each other. Here we have everything to play, create or record. All records are made by ourselves. Vadim is the main person in record process, that’s for sure. He makes all the sound settings, puts microphones in the right places, push the “rec.” button and kick asses to inspire us to play in the right way. Also Vadim makes all after-record processing, such as choosing the best of our attempts, put them all together, mastering etc. So other guys in a band including me just have to give the right note in a right moment during the record and step away. That’s the way our EP was recorded.

Q. Which new bands do you recommend?
We are not sure if these bands are new enough, but anyway, here they are:
* The Cherry Wave;
* Drape;
* Seasurfer;
* Tape Deck Mountain.

Q: Which band would you love to made a cover version of?
We already have 2 cover versions: Allison by Pixies and De-Luxe by Lush. So we think it’s enough of covers for now.

Q: What are your plans for the future?
We’ve realized our debut EP not long ago, so we're not sure that any record processes would start in the nearest future. Guess our plans will be to create news things and perform live. It would be awesome to visit maybe few or more festivals this year. Such kind of travelling around with our music in a bag. It would be cool to visit Brazil as an option, so maybe one day we’ll try to realize such an adventure, who knows.

Q: Any parting words?
Learn languages, don’t mix different types of alcohol, live in present and love each other.
*
*
*
Thanks