We Are A Curse with The Dream Eaters - An Interview 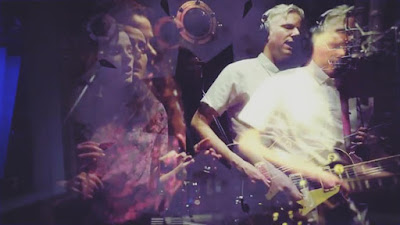 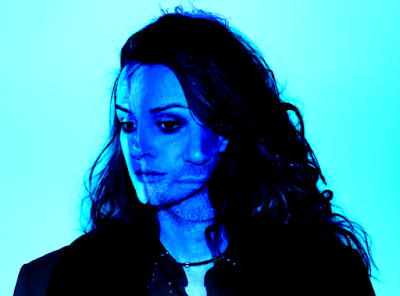 Q. When did The Dream Eaters start? Tell us about the history...
I met Elizabeth during the time when we worked at the same bar. Her husband told me she was a singer, so I had her come over and we recorded a couple songs I had lying around. They were good, not great but we could tell there was something there. This was about two years ago. We started to develop our sound and we added lot more harmonies and over the next couple years everything really came together and our new album is the culmination of the whole thing.

Q: Who are your influences?
The five albums that I seem to continuously turn to when I'm writing are The Beach Boys' Pet Sounds, Pink Floyd's Dark Side of the Moon, Bowie's Hunky Dory, Marvin Gaye's What's Going On and Air's Moon Safari. While recording We Are A Curse I also listened to a lot of Broadcast, especially their soundtrack to Berberian Sound Studio; there's definitely a big influence on the sound from that.

Q. Make a list of 5 albuns of all time…
Well there's the five that I just listed above but my top 5 of all time would be slightly different because some of them are not as much of a direct influence on me:

My top 5 changes almost weekly but all of those are mainstays.

Q. How do you feel playing live?
We've been experimenting live for the last few shows. We've been using a looper and recording the audience clapping and singing and playing it back through the speakers and playing along with it. Sometimes it works brilliantly, sometimes it's a disaster, we're still working on it but it's really cool!

Q. How do you describe The Dream Eaters sounds?
I think of it as a sort of choral pop, a lot of harmonies, a lot of voices; it's really centered around the voice. It's somewhat dreamy but the lyrics can also be very inward and explorative.


Q: Tell us about the process of recording the songs ?
The album changed so radically over the course of recording it, so it's hard to nail down a specific process that we used. We started with the two of us singing together in the same room at a studio while I played guitar, so the basic tracks are essentially a live performance. But a lot of that didn't work so we ended up replacing quite a bit of it with overdubs. It took several months to mix it, it was maddening. Over the course of doing things over and over again we finally carved out a sound for it and when we started putting the whole thing together we were surprised how distinct the sound was.

Q. Which new bands do you recommend?
I was just listening to the new Foxygen album before I did this interview and I was really enjoying that. I love the new Thundercat album, I've been listening to that on repeat. I really like the simplicity of the new Julie Byrne album, and the new Dirty Projectors has some truly astonishing moments on it. Sometimes I think the production puts too much of a distance between them and the listener but "Little Bubble" is definitely the best song I've heard all year.

Q: Which band would you love to made a cover version of?
For some reason we have a really hard time choosing covers. Maybe you should suggest one!

Q: What are your plans for the future?
We're touring all over the Northeast US this summer, trying to promote We Are A Curse as much as possible. We think we might do a live album that captures that experimentation I mentioned before too. We also want to try and get a new studio album out sometime next year.

Q: Any parting words?
Buy our album! Check out our website thedreameaters.com, it's updated all the time and has all the
information you could possibly need on us with links to follow us on twitter, facebook, etc.....
*
*
*
Thanks