Mainline The Sun with The Space Merchants 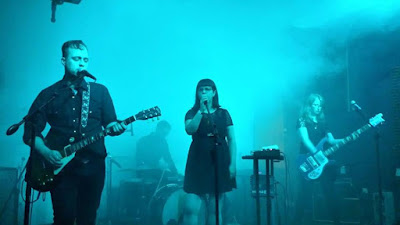 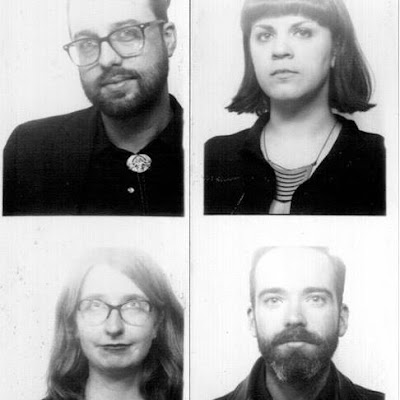 Q. When did The Space Merchants start? Tell us about the history...
Mike- We started in 2012. I was in a band with Carter called Mount Olympus. After we broke up I wanted to start something new. Something more psychedelic. Aileen played bass in band called Corita. We knew we had to get her in the band. Thankfully she said yes when we asked her. I met Ani through my brother. She was from Philadelphia and had played in a band there. I asked her if she wanted to sing some songs one day and the rest is history. The Space Merchants were formed and ready to shake the universe with cosmic waves.

Q: Who are your influences?
We draw inspiration from all kinds of music but we definitely have our favorites. We love a lot of 70s rock and country rock. We also draw a lot on the music we listened to growing up like led zep, sabbath, velvet underground, the stooges, the misfits, Tom petty etc. We appreciate repetition in music. It's sort of how nature works. Something we think of as the same thing happening over and over is actually it's own unique moment different from all others. When you create a bar of music and repeat it, it's never the same. Each repetition is a variation of the first time.

Q. How do you feel playing live?
The immediate connection you make with the audience is a feeling that is hard to describe. When you collectively share a sensory experience with a group of people it is something unique to being human. Each person gets their own impression of what's happening but it's the shared impression that is unique to live performances. We are fascinated by this collection experience because it seems to disappear after the moment, which is why we strive to recreate it.


Q. How do you describe The Space Merchants sounds?
There's a guitar, a bass, keys, drums and 3 voices. We use these along with elements of various musical styles, psychedelic rock, country, soul, drones, feedback, harmonies and rhythms to create an ethos of sound. A sonic expression of our thoughts and emotions.

Q: Tell us about the process of recording the songs ?
We like to make recording as simple as possible. We like to play live and then lay vocals on top. The simpler the better. We feel it's gets us closer to some kind of original intent though we know that's ultimately impossible. There's something fun about trying something you know you'll fail at, yet the failure becomes something interesting and expressive in its own right.

Q: Which band would you love to made a cover version of?
We love to play covers. We recently did a Halloween show where we Dressed as the characters from Forrest Gump and played the soundtrack.

Q: What are your plans for the future?
We just finished an album with producer James Brown who's is best known for his work with the Foo Fighters. It will be released on Aqualamb records on LP and in Book form later this year.

Q: Any parting words?
Thanks for reaching out to us.
*
*
*
Thanks