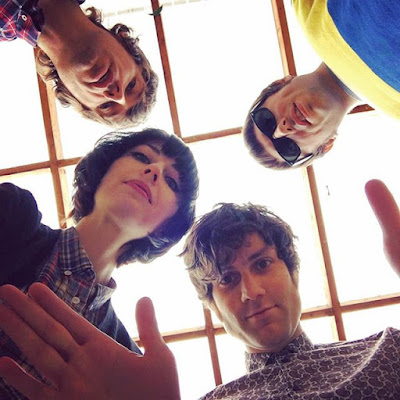 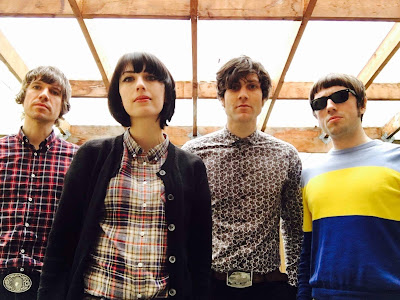 Q. When did Strange Things start? Tell us about the history...
Strange Things started in 2013 as a 2 piece jam project, just drums and guitar, with no realistic intentions of becoming much more than that. I think that changed when Robin (Fashionism) joined on bass. The chemistry worked really well and the songs were sounding great, so we decided to make it a proper thing. Keith replaced Rob, the original drummer, and thats when we started playing live. We played a number of shows as a 3 piece, including opening for Morgan Delt, but the live sound didn't match what I was after. We were having beers one night after a show and Staf (The Orange Kyte) approached us and said that if we were ever looking for a second guitar, he'd be down for it. Not long after that night we were a 4 piece.

Q: Who are your influences?
You can find all kinds of stuff in our sound, but it's mostly freakbeat and psych from the mid 60's. At least thats where the base sound comes from. Bands like The Misunderstood, The Factory, Zakary Thaks, and Wimple Winch. The Smiths and Black Sabbath will always find their way in as well.

Q. Make a list of 5 albuns of all time…
Maybe not "best albums of all time", but they effected me in some way...

Q. How do you feel playing live?
I'm terrible at it, but I think we've done ok. I feel like this band is more at home in the studio than on a stage.


Q. How do you describe Strange Things sounds?
Like taking a speedball on acid.

Q: Tell us about the process of recording the songs ?
I'll record a demo at home that has the guitars and vocals with harmonies worked out, and bring that to the band to fill out. When we take that into the studio we try to be efficient with the bed tracks so we can spend the most time working out a signature sound or moment for each song. Then we sprinkle some magic dust on it, blow it a kiss and the song is finished.

Q. Which new bands do you recommend?
I've been listening to Meat Bodies a lot lately. I also feel like Nervous Talk were the best band in Vancouver.

Q: Which band would you love to made a cover version of?
We have been working on a version of "No Regrets" by Lee Hazlewood.

Q: What are your plans for the future?
Record an LP. Touring would be nice as well...

Q: Any parting words?
Thanks for taking an interest in the band!
*
*
*
Thanks