Fall with Overlake - An Interview 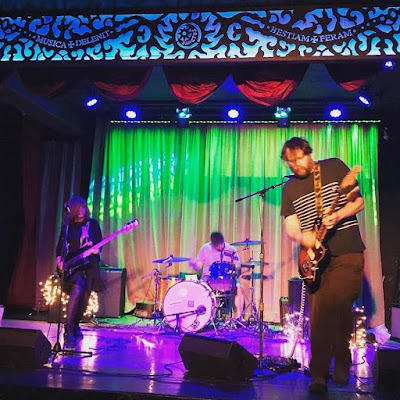 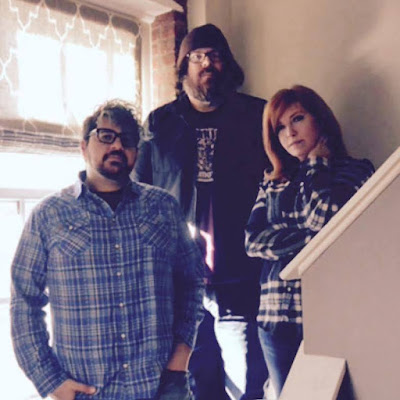 Q. When did Overlake start? Tell us about the history...
Tom: We started back in early 2012 within the walls of hourly rehearsal spots in downtown Jersey City. Lysa and I were playing together in a local band called WJ & the Sweet Sacrifice. I left in late 2011, she followed soon after that, and then we started Overlake. We went through a few different drummers before we met Nick in 2015. Over that time, we recorded an album, did a few tours, played some good local shows, recorded a single, then another album... That kinda brings us up to speed.

Q: Who are your influences?
Tom: The stuff they call shoegaze, obviously. Bands like Ride and Slowdive definitely inform our sound but we all have our own influences, some shared and some not. Mid-90's American indie rock is what's had the biggest impact on me. I was 19 going on 20 during that time. Dinosaur Jr, Sonic Youth and Pavement were among my faves. They still are.

Q. Make a list of 5 albums of all time…
Tom: It always changes. Revolver, After the Gold Rush, Nowhere, Green Mind... Dirty was a big album for me.

Q. How do you feel playing live?
Tom: I love it. I get really nervous and panicky beforehand, but once everything is squared away and we're a few songs into the set, I feel right at home. If I had to choose between playing live and recording, playing live always wins.

Q. How do you describe Overlake sounds?
Tom: Washy. The guitars are washy, the cymbals are washy... But it's also dreamy and melodic. With sleepy vocals and pretty harmonies..

Q: Tell us about the process of recording the songs ?
Tom: It's easygoing. We usually have a game plan by the time we re-enter the studio. The basic tracks were recorded over a weekend, guitars were done the following week along with some overdubs, then vocals were completed sometime after. Tom Beaujour, who recorded and co-produced the new record, is very fun to work with. He's calm, composed, and extremely focused, but also kind of a goofball and not too serious. He has this great studio that's the perfect size, with all this wonderful gear at his disposal. He helped to achieve some pretty amazing sounds, particularly with the drums.

Q. Which new bands do you recommend?
Tom: There are a lot of bands around here worth checking out... Pioneer the Eel, Sean Kiely, Dead Stars, Sharkmuffin, Boytoy, Vomitface... We all enjoy the Rock N Roll Hi-Fives. They're a family band and great friends of ours. Really great songs. I always describe them as the Partridge Family meets Guided by Voices.

Q: Which band would you love to made a cover version of?
Tom: We have a few in our canon, but if we had to do another... I dunno. I'd maybe like to try a Neil Young song, but which one? Not "Cortez." Everybody does that.

Q: What are your plans for the future?
Tom: Touring, writing, recording... My wife and I are always talking about starting a family and leaving Jersey City at some point. That's down the road a bit, but not too far.

Q: Any parting words?
Tom: Thank you for reaching out, and I hope we can make it to Sao Paolo someday soon!
*
*
*
Thanks