Gazing At You with Somewhere - An Interview 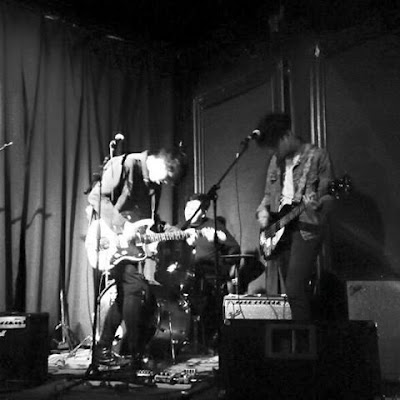 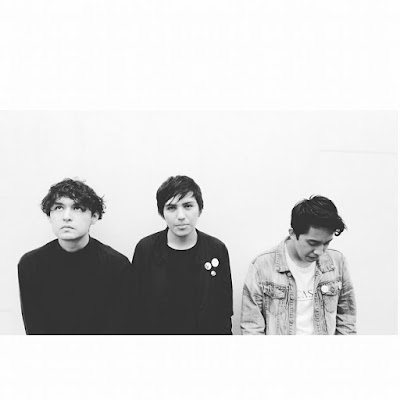 Q. When did Somewhere start? Tell us about the history...
A. All started in 2014 , me and my friend Ulises San Juan formed a grunge band called "Teen Crypts" , we record a couple of demos and later I met Osvaldo Gonzalez by my friend Ulises, he joined to the band, but later, the project was dismisssed, and this was useful to know more about the music scene of my country.

On January-february of 2016 I started to write new songs and formed a new project called "Junk" , then, when the project become more seriusly , Osvaldo joined to this new project on the bass guitar , Mauricio Cruz, (that play with Osvaldo on Lancastell) joined us too, to play the drums.

In the latest 2016, we decide to change the name of "Junk " to "somewhere", because there were many bands with that name. On January of this year we decided to record our debut EP.

Q: Who are your influences?
A.We love the shoegaze band of the gold era and contemporary; like Slowdive , Ride , Drop Nineteens , The Jesus and Mary Chain , Swirlies , Chapterhouse , TOY , Ringo Deathstar , My Bloody Valentine , we had too, a lot of brit pop influences like The Charlatans and Blur .

Q. How do you feel playing live?
A. Its weird right know, because we are starting the promo of the EP, we are so in love of the moment of the rehearsal; the chemistry, the ideas, the atmosphere; so, when we play alive, its weird (in a loveable way), kimd of a glory moment.

Q. How do you describe Somewhere sounds?
A. It's a strange mix of melancholy and noise


Q: Tell us about the process of recording the songs ?
A. Was a long process, because we didn't have money to record in a formal way , I had to sell part of my pedalboard to get.

We have a friend called Eduardo Guiterrez that has an studio called "Black Bedroom Records", he helped us to record and produce the EP , to reduce costs we had to record the bass and drums in a live session , then on those recordings we worked the guitars and the voices , were 3 days of recording and 3 weeks of mixing and mastering.

Q. Which new bands do you recommend?
A. We like "Sadfields" from Mexico city , "La Casa al Mare " from Italy and "Skinny Dream" from UK

Q: Which band would you love to made a cover version of?
A. Maybe The Telescopes or The Brian Jonestone Massacre.

Q: What are your plans for the future?
A. For now we will continue promoting our EP , we are working on new songs and there is the possibility that at the beginning of the next year we launch a new single or a new EP , we will work a lot in envolving our Sound.

Q: Any parting words?
Just a thankful greetings to Renato, is huge what he is doing for the genre, for the bands, and seeing us in the blog is a dream come true; thanks amigo.
*
*
*
Thanks