Estasi with The Gluts - An Interview 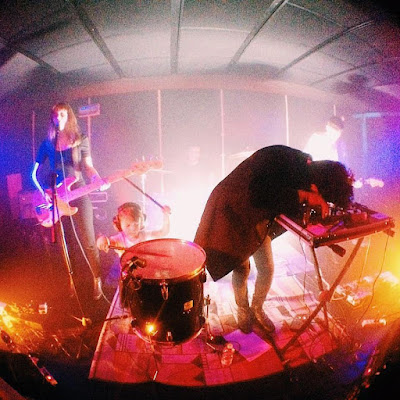 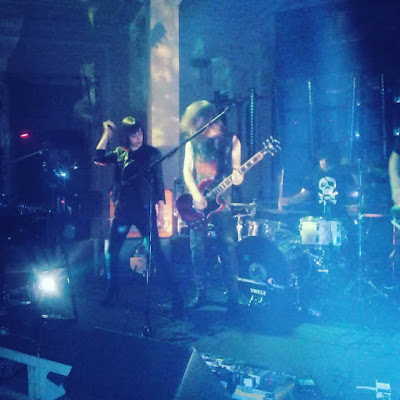 Q. When did The Gluts start? Tell us about the history...
To make it simple, Marco and Nico started the band together with their sister Claudia.
We realise a single "tears of ink" recorded on the Alps, in the studio of Franky and Dave from the Throw Down Bones. We were good friends. The single has been mixed by James Aparicio in London and so we did with our first album WARSAW.
First we published the album on vinyl by our own and then Nasoni Records got crazy for it and wanted to repress it in a limited pink fluo edition.

In May our second album will be out on Fuzz club. Our first tour in Europe will follow. We are very much looking forward to play in the main cities of our continent!

Now we finally found our drummer, Dario. Before we got some drummers that were helping us in studio and live. So apparently the Gluts are no more a trio!

Q: Who are your influences?
We all come from different experiences. The most common influences are the sounds from late 70s and the 80s.

Q. Make a list of 5 albuns of all time…
Make a list of masterpieces might sound boring so except Unknown Pleasure (which definitely is a masterpiece) the other 4 simply are great and in a way cleaver albums we enjoyed a lot!

Q. How do you feel playing live?
being on a stage is our habitat, we like to spend ours practice and writing songs, it is cool to be for a week in a studio, but when comes the time to be on stage... well that is what we prefer and where you probably can catch The Gluts sound.

Q. How do you describe The Gluts sounds?
Pretty punk and real? The sound is rough and harsh for sure. We tend to go straight to the point I guess.


Q: Tell us about the process of recording the songs ?
Do you mean in studio? Well we don't have big budgets so we know we have limited time to spend in. What we try to do is to arrive with some concreate ideas. Then we record everything live both for saving time and catching the right intention and sound. We are pretty fast so we always have extra time to improvise and create new tracks directly in studio.

Q. Which new bands do you recommend?
We've heard couple of tracks from Dion Lunadon's new album and should sound damn good!
If someone is into Italian music check Francesco Motta, last year he published his first solo album and really is something good for being a pop album.

Q: Which band would you love to made a cover version of?
Make a cover is always hard. We've just recorded one from Massive Attack. We hope to get the chance to put that on a record soon.

Q: What are your plans for the future?
We are very much looking forward for the May 5th to have the album out and then start touring in Europe.