Ater with Suir - An Interview 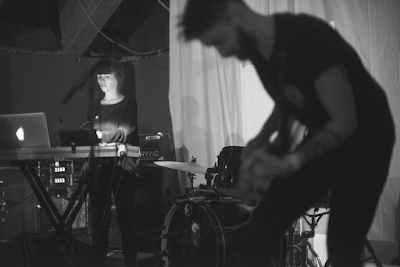 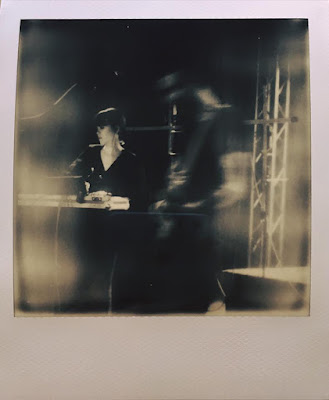 Q. When did Suir start? Tell us about the history...
Suir: We startet in January 2016. Denis was tired of making music just by himself and for himself so he asked me (Lucia) to do some music together. And thats what we did. We just started and after quite some months of figuring out how to work together, we developed first song structures. Then it took some more months to create a sound we were both happy with. During this time we started to play some live shows, kept on writing, recording, and producing new material at the same time. At a later date we finished our debut LP Ater. It will be released May 18th on Black Verb Records.

Although we extended our sound during the whole period we put our first songs on the record too to represent the whole development of our songs. We will see where it will take us the next time. We are definitely not at the end of this band´s sound and are excited how it will develop.

After one week of holiday and no idea what to do with our free time we already started working on new stuff for the second record. But because we are sticklers for details it will take some time. Maybe talk again next year?

Q: Who are your influences?
Suir: The most influential bands were The Jesus and Mary Chain, Bleib Modern, Chelsea Wolfe, Sonic Jesus, The KVB, Warm Graves, Tropic of Cancer, and also the Twin Peaks Soundtrack.

Besides those we highly influenced each other as persons. Because of our close cooperation and the contribution of our own different influences we created a sound we couldn´t have developed alone. This also defines our working process. Every decision, regardless if its a sound or aesthetic matter, we make together as a team. We can´t and won´t do it differently.

Q: Make a list of 5 albums of all time…
Suir: Oh, that´s really a tough one. Since we could only agree upon one album we decided to spilt the answer.

Both:- The Horrors - Primary Colours

Lucia: - Sonic Youth - Goo (+ The Diamond Sea from Washing Machine. I know its cheating, but I just couldn´t go without this song, its too amazing) and Slowdive - Pygmalion

Q. How do you feel playing live?
Suir: Quite different. Denis really loves to be on stage where as Lucia nearly dies every time.

Lucia: I don´t like to be in the center of attention and there is nearly nothing else that puts you more in the focus than being on stage. But I love what comes with it. Meeting all this new people, seing all this new places and because we don´t have a rehearsal room: playing our music really, really loud.

Denis: I just freaking love it.

Q: How do you describe Suir´s sound?
Suir: In a constant interplay of guitars and synthesizers, supported by minimalistic and electronic drumbeats and melancholic lyrics, we produce a reverberated shoegaze and atmospheric, cinematic music defined by dense, multilayered sound walls.

Someone said our music sounds black and white at the same time. We think that describes it very well.

Q: Tell us about the process of recording the songs ?
Suir: We often start with an idea of a guitar riff or synthesizer abstract Denis has collected on his mobile. He does this a lot. We use it as a starting point to built a song. After this we add more synthesizers and drums on the Mac. So technically they don´t have to be recorded. Still we don´t just use the given sounds but rather manipulate and enlarge them to create something new out of it.

On the other hand we record the guitars and Denis´s vocals in a traditional way.

All of this happens in our home studio. We record and produce everything by ourselves. This is not a decision made out of budget restrictions but rather driven by our pleasure to really do the whole process in person inclusive everything that comes with the music like the artwork, videos, merch design, and most of the promo material.

Q. Which new bands do you recommend?
Suir: Ivy´s Void, Bring Her, Las Cobras, Lea Porcelain to name a few.

If you want to discover something new new, check out Velvet Coat. They just started as a band but we are really agog about their upcoming development.

Q: Which band would you love to made a cover version of?
Suir: We never thought about doing a cover yet. We would only consider it of a song we really love and then we would be to dignified and scared of messing this song up.

Q: What are your plans for the future?
Suir: We are looking forward to play some international gigs in the next months and see a little bit more of the world. Extend the sound of Suir. Release at least 100 albums to fill our record cabinet.

Q: Any parting words?
Suir: Renato, thank you for the interview, we feel so honored. It was fun!

P.S.: Just in case you were wondering, in phonetics it´s pronounced /syʀ/.
*
*
*
Thanks