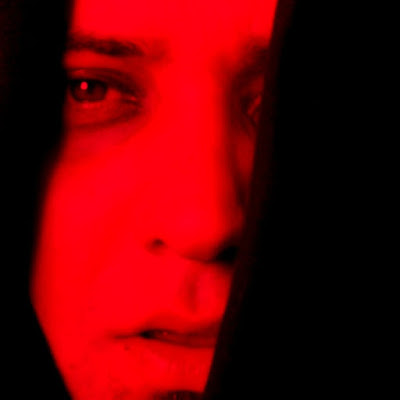 
Q. When did Dead Serpent start? Tell us about the history...
A. Well Dead Serpent is a new project, just a few months on the air (From August 2016) I always been making music, since I was in school. Start with a dark ambient project called "Porcelain Doll" a few softwares, some intruments, etc... My influence in music always been from dark, underground music. I finally decide to make this proyect with all I've been learned all this time and start with a new sound more personal, mixing what I was living in that time of my life, a kind of rebirth, and that was the result, a dark music full of ethereal landscapes, light and dark, night and day, thats why the name too, It's a kind of a gnostic feeling, some kind of balance.

Q: Who are your influences?
A. Since i was a kid I always loved experimental music, dark ambient, gothic, some influences I could tell you is Devil Doll, Mr. Doctor was one of my bigest inspirations and motivations to start making music. I love the kind of songs with a melancholic taste, with that sense that makes you want to cry and smile, and it's not propious from a genre or style, i mean in my tastes are tracks from Trip Hop till Depressive Black Metal, so is a big question for me.

(There so much more like Cocteau Twins – Four Calendar Coffe, The Cure – Disintegration, Sopor Aeternus – Dead Lovers Sarabande (The 2 faces), Lacrimosa – Einsamkeit, NIN – Pretty Hate Machine and I could go on and go on and go on so stop here!)

Q. How do you feel playing live?
A. I''ve been invited to play in some parties here in Santiago but I was specting to finish the album, and now that's been released I'm so exiting to start to play live with Dead Serpent.


Q. How do you describe Dead Serpent sounds?
A. Dead Serpent is a mix of gothic rock, dream pop, darkwave, coldwave (and other styles too) I describe my music as beautiful dreams from the past and future. I love to reach for deep melodies, drown into ethereal waves of sound.

Q: Tell us about the process of recording the songs ?
A. That's my favorite part, it's been so satisfactory to record DARK MUSIC. With the years I been buying a lot of stuff to make my own bedroom music study, so I record everything in my room, I believe that is more consistence the final work if I work alone. To play live I've some musician friends who will play with me.

Q. Which new bands do you recommend?
A. Ozean really blow my mind with his same titled ep. Blind Seagull. Search about "Incidente Tunguska" from Spain, very very nice tracks. Queridas from Argentina and r. from Chile (r. Is not new but very under, search about her ;).

Q: Which band would you love to made a cover version of?
A. I'm not much about made covers, but if i made one, would be definitly Cinema Strange or Devil Doll.

Q: What are your plans for the future?
A. Well keep making music and who knows mayber travel. I've so much material I'll keep working on, so maybe soon there will be a DARK MUSIC PART II hehe.

Q: Any parting words?
A. Thanks a lot to the people who share, download and support my music, to you for this instance to show more about Dead Serpent to the world, and keep in touch with my neetworks, new surprises coming soon!
*
*
*
Thanks