V with Vyctoria - An Interview 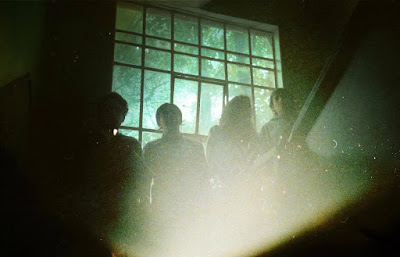 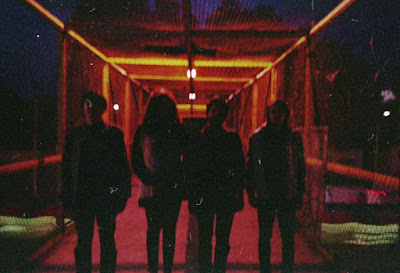 Q. When did Vyctoria start? Tell us about the history...
Well the mere beginnings of this musical society are a bit hard to define, Depends in which perspective could be put into. Nevertheless we can trace back a first demo in 2013. Different concept, members and aesthetics. This two years could be considered as a beta test. We were on a discovery of the music. Just figuring out what to do with the instrument on your hands, how can notes interact with each other and tempo, i few words, developing the basic of music itself, always on a self taught way. Such a mess but a lovely mess. It was till 2015 where we already knew which path were going to take. What does your music want to expose so we took the decision of becoming a band with an instrumental approach. We released our first LP "V" which scared many of our regular followers that were more attracted to the popesque repertoire with frontman, danceability and so on, but we gained a whole community that has accepted us and opened several new horizons. After that we took a non-ending way into self discovery through music!

Q: Who are your influences?
Each one of us come from different musical roots. Gibrana is a proficient violin player that was trained through the rigorousity of classical music school. So her expression through melody has been taken from artists like Shoshtakovich, Wagner, Tchaikovsky, etc. Really breathtaking. David the bassist was raised through classic stoner rock and their offsprings like Black Sabbath, Uncle Acid and the Deadbeats and punk rock scene. Pablo is a jazz self made drum player and José is more into drone, experimental and all that comes derived from it.

Anyways, there are some generalities. During our teen years we were quite influenced by post-rock scene that was on a zenit during the first decade of 2000's. We were touched by the way they played with what western music itself had to offer: pure sonic narrative within their music, contrasts, soundscapes, plus the fact they were freely using rock band instrumentation, classical music as well.
Could be said that our guide star has been the Canadian music scene, mostly the one leadered by Constellation Records. Group of band with a unique taste, the will of breaking some musical traditions lead to something bigger. They created a whole infrastructure for the generations to come.

Q. How do you feel playing live?
It is a weird process. Through the experience and past of time the inner approach of a live presentation changes. What doesn't vary is that openess state. Your heart and soul opens to the world. You have to step off you hermetic chamber to see of experience the outside world, full of dangers, gossip, anger, fear and all those sort of human emotions that can really touch you. In other words you are vulnerable. Besides that, my approach has passed from just feeling a quick, dizzy and tangling euphoria to seek a state of depersonalization. That means, when everything is well and glorious, you get into a flow state, a state where there's nothing, no good, no bad, no pleasure, no pain, no self. Just sound. Is a kind of state where there's no musician on the stage showing their riffs, just nothing.

Q. How do you describe Vyctoria sounds?
Just a bunch of noise, chaotic dark polyphonies that are trying to reach some light, their own light


Q: Tell us about the process of recording the songs...
For the album V. We started (of course) with the composition. It was merely an essay, an approach of that music we always wnted to do but were not brave enough to do it. We didn't want a fancy studio with a posh console and the latest acoustic adequation. We just wanted an intimate environment, where we could develop properly this new phase. That's why we chose Ojo Rojo (red eye) Studio. It is owned by some good friends that guided their technic mastery into our music improvement.

Q. Which new bands do you recommend?
I will scope into Mexican new music, cause is the environment that I'm more used to. The first one i would recommend is Camille Mandoki, she's a really gifted electronic producer and composer. Her music has a weird melancholy and sparks that really moves emotions didn't know were there. She's a close collaborator of Vyctoria and a source of inspiration for all of us.
Another artist, a really occult one is Oscar Coyoli. He's been in the scene for almost 10 years, but rarely appear. He has some kind of loyal cult of followers that fall in love of their experimental folk sounds. If someday you get to see him, give yourself a minute to listen to him.
Also there are some bands that share a common space in the music scene and within our hearts, and have grown with us which include Tajak, Sunset Images, Tygre among many other talented people

Q: Which band would you love to make a cover version of?
Earth's Badgers Bane. Such powerful song full of fears and witchcraft or also Funeralopolis by Electric Wizard

Q: What are your plans for the future?
Here in Mexico we have a whole agenda of tours through several cities promoting V. Among the most relevant is an opening act with Russian Circles and Apocalipsis (one of our favourite Mexican bands). Also on fall we plan to release new material and hold a tour throughout Europe. That's the most immediate plans.

Q: Any parting words?
Stay cool and be happy
*
*
*
Thanks