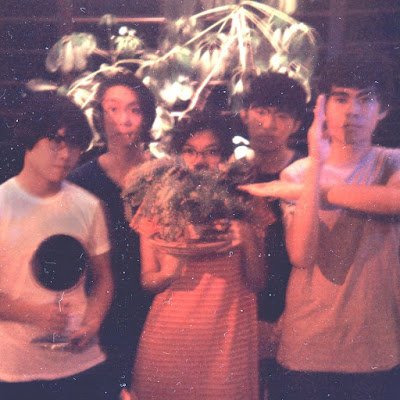 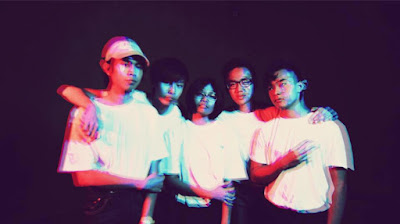 Q. When did Subsonic Eye start? Tell us about the history...
I went to college and I had no friends at all for the first while. Wahidah(vocalist) was my classmate and she looked like the most try-hard hipster ever. I gathered up the courage to make friends with her and that went well.

We got to know each other better and realised we sort of listen to the same kind of music. I knew she sang really well so I started sending her some instrumental tracks I recorded at home for fun... mostly just Beach Fossil imitations.

I thought it would be cool to post one of the songs online (https://www.youtube.com/watch?v=wxqlZWRn8U0) so we did that using some of my old phone footages with some crappy VHS filter over it.

We spread the video around social media and we were offered to play some shows thanks to friends, and that's when we knew we had to get other members.

Spencer(bassist) was our classmate, Bo(other guitarist) was our senior who we thought was really cool(but we soon realised he's not that cool) because he plays and sings in a shoegaze band called Cosmic Child (https://cosmicchildband.bandcamp.com/) and we met Lucas(drummer) through the drummer of the band I used to play in (https://www.youtube.com/watch?v=2fZbhL2soU8)

From there stuff just happened and here we are!!!

Q: Who are your influences?
Sonic Youth, Adorable and Asobi Seksu ! ! ! !

Q. How do you feel playing live?
Playing live feels so surreal every time because of the lights and how loud everything is and we just get really sucked into it. It's just so amazing that we're blessed to play songs we wrote in a jamming room or at home to crowds of people from all walks of life


Q. How do you describe Subsonic Eye sounds?
I would describe it as lush swirly soundscapes with a driving rhythm section... am I making sense? Or maybe you can think of it like a big pile of really soft pillows and a bulldozer comes to move it around

Q: Tell us about the process of recording the songs ?
We have a documentary on our youtube channel (https://www.youtube.com/watch?v=LVAFvLZSHyc) that shows the entire recording process BUT those tracks you see us record in the video were ALL GONE :( Long story, but we managed to salvage the drum tracks. I couldn't wait to retrieve the other tracks back so I decided we re-record everything by ourselves at home DIY style using whatever equipment we could find and borrow, and I'm really happy with how it turned out!

Q. Which new bands do you recommend?
There's this dude called Darell who plays bass for a local math rock band called Forests, and he has a lo-fi twee dream-pop side-project thing called Quite Quiet and it's so pretty!! Check it out here https://quitequietofficial.bandcamp.com/

Another one is this new local emo band called Terrible People really ANGST!! I HATE MYSELF!!! https://terriblepeoplesg.bandcamp.com/

Q: Which band would you love to made a cover version of?
Would love love to cover Angel Olsen's Those Were The Days. Such a beautiful song ! ! ! !

Q: What are your plans for the future?
Probably break-up if we can't come up with anymore songs... ok kidding (or am i?)... but on a serious note we don't really have any major plans and just like to go with the flow of things! Hopefully we can tour and get rich so we can quit school