There Will Be No Peace with The Angelus - An Interview 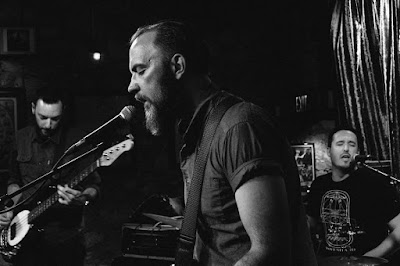 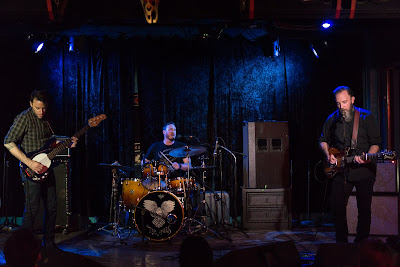 Q. When did The Angelus start? Tell us about the history...
The Angelus is and will always be the songs that I, Emil, write alone, and most often in darkened corners of the rooms of my house but I've been lucky to have been joined by talented musicians over the years to bring these songs to life as a band. The current line-up is a three-piece band featuring Emil Rapstine, on guitar and vocals, Justin Evans on drums and backing vocals and Ryan Wasterlain on bass guitar. This is our first release as a three piece and our first with Ryan in the band.

The band started as a solo project in Denton, TX before Justin joined on drums and we soon after added bass and keys. We quickly released an EP in late 2004 but struggles of different sorts set us back a while before moving to Dallas and finally releasing our first full length in Oct. of 2011. More band member changes set us back again until adding Ryan on bass. Progress often hasn't come quickly but we slowly continue to chisel away at this rock hoping to create something beautiful. The band name comes from the painting "The Angelus" by Jean-François Millet which depicts two peasants bowing in a field over a basket to say a prayer while the church bells toll in the distance. I was inspired by the feeling of lonesome supplication the painting conveys.

Q. How do you feel playing live?
We always hope to be lost in the melody and wash of sound as much as the audience and to feel the sublime release and transcendence that only music can bring. That is the best case scenario. We are firm believers that music saves and is good for the soul. This is why we make the music we make.

We have a lot of funny descriptions for it. I'm not sure any of them are quite right. They are sweeping and majestic sounds that build like storm systems and burst into bone-rattling sonic downpours.

Plaintive and intoning vocals, despairing lyrics and darkly droning guitar, with thundering bass and percussion. That's what we do.

Q: Tell us about the process of recording the songs?
We wrote the newest album "There Will Be No Peace" as a song cycle with each song being connected to the next and the first and last song share the major theme.

Emil brings all the songs in most instances but they are generally fleshed out/arranged in practice. Sometimes though even from the smallest kernel of an idea a new song emerges from us just playing away in rehearsal. "An Interceding" and "The Other Side of The Mountain" are good examples of this on our most current album. The album was engineered, mixed and co-produced by Alex Bhore. Bhore, formerly of This Will Destroy You, oversaw the recording process and pushed up to experiment with layers and sounds while maintaining the band’s fundamental essence.

Q. Which new bands do you recommend?
Emma Ruth Rundle, Anna von Hausswolff, True Widow, Chelsea Wolfe, A Dead Forest Index, Pallbearer, Dead to a Dying World and most recently Oathbreaker and have been on heavy rotation.

Q: Which band would you love to made a cover version of?
Here are several that would be fun:

Q: What are your plans for the future?
We are already deep into writing the next record and hope to return to the studio this year. We hope to get out and play a few places that we haven't before and we will be playing all over Texas. New music videos are in the works as well.