Temporal with Las Cobras - An Interview 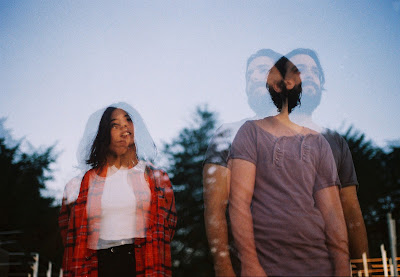 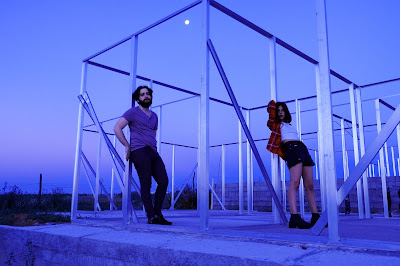 Q. When did Las Cobras start?
We have known each other for years, we are from the same town, we are a couple now and for a long time we wanted to do something musical together, we have similar tastes and interests so we thought it would be fun to use our friday nights to record and play music. We started hanging out together the same day Lou Reed died. Our link was musical since the beginning, I think, music was and is our principal connection. We started to make and recording our own music in the summer of 2016, in our room. When you live in a town where there's nothing to do, playing music is the most gratifying thing to do to defeat boredom. Canelones is the place where we live, is a little town inside a little country, very few people, nothing new to see, experiencing with drugs and playing music has been the most enjoyable way to spend our free time, sharing real feelings and connecting with each other.

Q: Who are your influences?
Everything around us stimulate us, either in a good way or in a bad way. Our town, our friends and family, our jobs our education, and way of living… culture in general, the society, dreams, even the weather can influence a song.

Q. How do you feel playing live?
We haven't played live, so we still can't say how we feel doing it, but without doubt we are going to try. Some weeks ago we started rehearsing with the guys from Color Horror, the other band Leandro is part of, to try to make the whole thing happen.


Q. How do you describe Las Cobras sounds?
Dark, trippy, we sing all the time in unison generating an ethereal climate in our voices, the guitar is washed with reverb and fuzz, the drum machines are aggressive as a knife and the synthesizers have a melodic and hypnotic sound.

Q: Tell us about the process of recording the songs ?
We really don't have any rules at the moment of the recording, we just do it spontaneously. Friday nights, after work, we got together in our blue room, we connect the bass, guitar, synth and mic, put some music on, take some stuff to warm things up, and start recording the tracks over and over. We begin with a bass riff or a synth sound, then we try to generate a vocal melody that shapes the whole song, then we start recording the arrangements and differents overdubs. We record and produce everything ourselves, so there's no middle man in our music. The major feature of the album is that the songs were composed and recorded during the same night, so we did not rehearse the songs before recording them, improvisation and spontaneity is very important in our sound.

Q. Which new bands do you recommend?
I can't tell nothing specific, but we are really into the neo-psychedelic movement that is appearing, luckily many of them are in our record label so you have to check Fuzz Club Records catalogue.

Q: Which band would you love to made a cover version of?
Well in fact, we start making some covers before start doing our music, the first cover we made was “Colours“ by Donovan and then “you really got to hold on me“ by The Miracles. Sometimes as a warm up we make Spacemen 3 or The Brian Jonestown Massacre covers, we had really fun times making that.

Q: What are your plans for the future?
Keep doing what we do, playing music, start playing live, make another record, make a tour, have a little fun.

Q: Any parting words?
Try to free your mind, be yourself, tell the truth and enjoy the ride.
*
*
*
Thanks