MindStreamBlessing with Prana Crafter - An Interview 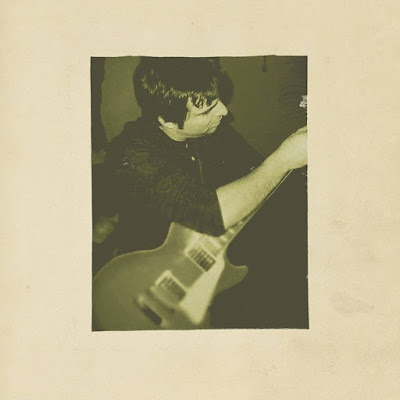 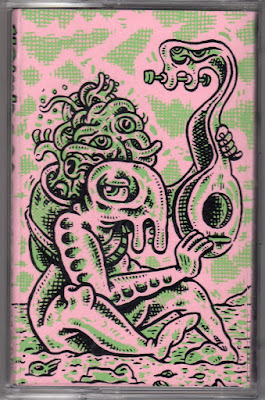 Q. When did Prana Crafter start? Tell us about the history...
I can remember messing around on cheap keyboards as a kid in the 80’s, making little loops and playing over them. I started recording sound collage projects on a 4-track cassette recorder, with guitar parts included, back in the mid 90’s, and I also played, and sang, in a punk band during that time. Over the years, I continued to record music but didn’t attempt to release anything or play live. In 2012 I had enough spending money to buy a proper amp and it sounded so nice I decided to put a few loop based tracks and some acid folk songs on Soundcloud. Pretty quickly I was contacted by Roger from Reverb Worship to do a release. When I saw that he had released material from Kawabata Makoto, Plankton Wat, The Hare and the Moon, and Gnod, I was honored, and I agreed to do it. So, Prana Crafter started with that first release; it went from something completely informal to something formal.

Q: Who are your influences?
I grew up in the Pacific Northwest U.S. right in the middle of the “grunge” movement so I was motivated to start playing, and writing songs, because of stuff like Nirvana. I also grew up with a dad whose 5,000+ LP record collection had all the great folk and rock music from the 60’s and 70’s, so I spent a lot of time listening to his collection, when I’d visit him, and that had a huge influence. My guitar playing is very influenced by Jerry Garcia, Hendrix, and Manuel Göttsching; those guys are a head above the rest in my opinion. The experimental qualities of my music probably come from listening to a lot of Pink Floyd and Grateful Dead jams as a teen, and then stuff like Popol Vuh and Ash Ra Tempel as an adult. The folk, songwriting, side of my stuff owes mostly to being a die-hard Neil Young fan and lover of Hunter/Garcia creations. I also love some more recent songwriters like Fionn Regan, and Damien Jurado, those guys really know how to craft a song and sing with emotion.

Q. Make a list of 5 albums of all time…
Decade by Neil Young: Because it has so much to choose from, you can listen to that album for months, probably years, without getting bored. Wish You Were Here by Pink Floyd: Mainly because it’s heavily nostalgic for me and introduced me to cosmic music in my youth. Something live from the Grateful Dead between 1970-1974: No explanation needed! Hooterroll by Jerry Garcia and Howard Wales: That album is phenomenal. 2nd by Agitation Free: It’s one of my favorites from that genre, especially the guitar work.

Q. How do you feel playing live?
I’m a shy person, so I don’t usually seek out situations where all eyes are on me, and that’s kept me from performing as much as I could have over the years. Recently I’ve decided to get myself out there live, and have plans to do shows this Spring and Summer. I believe in the energy of improvisation and so that guides what I do when playing live, letting that energy unfold as it does, and trying to stay out of the way of what wants to manifest.


Q. How do you describe Prana Crafter sounds?
Mystic-psych, inner-space rock, and forest folk. I’ve had a lot of comparison’s, singing-wise, to Neil Young, which could be a veiled insult, but to me it’s the biggest compliment. Someone recently said the singing sounded like Cat Stevens crossed with Elliot Smith; when Reverb Worship contacted me, Roger felt Prana Crafter had a Bonnie Prince Billy type sound, vocally. I’m self-conscious about my singing, so anytime someone compares it to anything I like, I’m elated. As for the actual sound of the music, I strive for raw-improvisational energy as much as possible. The guitar sound is very intentional. My electric guitar is a Les Paul I’ve had for almost twenty years. When I was looking for an amp I specifically went for a Fender 65’ reissue because the combination of the Les Paul and a Fender amp is part of what gave Garcia his beautiful tone and rawness in the mid-late sixties, before he started playing his alligator strat or custom guitars.

Q: Tell us about the process of recording the songs ?
I usually have some rough template of the different moods or movements for an overall track, then within that it is the controlled chaos of improvisation that guides. I’m always striving to find ways to get the narrative mind out of the way so things can flow without any energy being diverted into the kinds of thinking that don’t seem to help when spontaneously creating music. I’m working on a PhD right now and I’m focusing my research on the process, and phenomenological experience, of creating improvisational music, so I give this stuff a lot of thought. Most of my music is a combination of acoustic and electric guitar, synthesizer, organ, piano, singing bowls, hand percussion, and field recordings; other times it’s just the spontaneous flow of one acoustic guitar, or the acoustic guitar and vocals.

Q. Which new bands do you recommend?
There are a lot of great bands that I connect with through Twitter, so if you check out my following list there you won’t be disappointed. I hear most new music through the many fantastic radio shows that cover psychedelic music these days and can be streamed online like: Sunrise Ocean Bender, The Unending Subtleties of River Power, You the Night and the Music, The Avant Ghetto, Global Psychedelia, Rolling Thunder, Candy Shop and Friday Morning Car Tunes, Kaleidoskop and Offbeat Radio, Old Time Religion Radio Hour, and Contact Wave; those are all favorites of mine and they keep me up to date on what’s new and also introduce me to old gems that I haven’t heard.

Q: Which band would you love to made a cover version of?
Some type of one-man rendition of Floyd’s ‘Echoes’, an acoustic version of Sabbath’s ‘Planet Caravan’ or ‘Fairies Wear Boots’; or something from Donovan

Q: What are your plans for the future?
I just released an album on Eiderdown Records out of Seattle called MindStreamBlessing. I’m very happy to be involved with them, it’s a fantastic label run by a wonderful guy named Adam. I have my next release already in the works with Deep Water Acres, another great label run by a great guy, his name is Kevin and he plays in a killer band called Evening Fires. That release will be a combination of some of my oldest tracks, that almost no one has heard, as well as some new tracks that I think are really excellent. I have the songs written for the next album (after the Deep Water Acres release) but haven’t had the time to devote to recording it. I’m planning a show with Elkhorn and The Modern Folk in Portland, Oregon, this May (check out my Facebook if you’re in the PDX area). And though nothing is set in stone yet, I will be doing some shows in the Seattle area this Summer too, so anyone who wants to be in on that should connect with me through Facebook or Twitter. I really love experimental music with a strong guitar presence, so in the future I’d love to work with other musicians to achieve something like what Chasny does with 6 Organs, Ribot does with Ceramic Dog, or Nels Cline does when he’s with Medeski, Martin, & Wood, the energy created through those improvisational synergies is amazing.

Q: Any parting words?
Thank you for this opportunity to spread the word about Prana Crafter and much peace and loving kindness from the woodlands of Washington to all the psychedelic music lovers out there!!!
*
*
*
Thanks