Under The Weather with Candy - An Interview 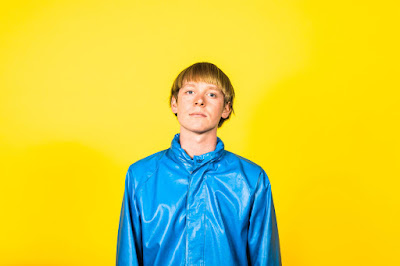 
Q. When did Candy begin? Tell us about the history...
I’ve had this solo project for ages. I’d say probably since 2012-ish. There were a bunch of EP’s and an album or two I’d put out before ‘Wrapped In Plastic’ but I thought that release was just a proper step above the rest so I deleted all the other ones maybe one day I’ll put them out on a limited tape run or something I doubt it. Honestly though it only feel like a real thing from this year I’d say. This album feels like a real piece of work and playing shows around Australia just makes it feel way more legitimate.

Q: Who are your influences?
At the moment I’ve been getting into Jen Cloher & Kurt Vile a bunch. Around the time I wrote ‘Under The Weather’ I was listening to The Cure, Black Marble, DIIV, Beach Fossils - all that kind of stuff.

Q. Make a list of 5 albuns of all time…
5 albums of all time wow that’s honestly a real toughie (in no particular order) I’ll go with;

Sonic Youth - Sister
This was such a hard album for me to get into. I was probably around 14 or something and I’d listened to Dirty before and hated it but I wanted to give them another go cause my parents reckoned they were great and I wanted to be cool. I’ve noticed in hindsight that some of the albums I’ve loved the most are one’s I listen to and don’t really like but on a second or third listen start to understand what’s going on. When you pay money for a CD as a kid you’re damn well gonna enjoy that album - and oh boy is it really good. Huge fan of it and the guitar / production is just killer.

Beach Fossils - Self Titled
I walked into JBHIFI (like a big tech / music / whatever you want store in Australia) and bought this album, Wavves - King Of The Beach & The Drums - Self Titled. I can’t believe how lucky I was, I had no idea about any of these bands and just liked the covers and read the recommendations. All of them are great album but there’s a special place in my heart for that Beach Fossils album. I hadn’t really heard such stripped back production and it was so charming. I’ve been trying to capture that feeling in my music since I can remember and I still can’t do it.

Jen Cloher -Self Titled
Okay so I’ve only recently gotten into this album but damn does it hit. It’s got so much sarcasm & restrained aggression. I don’t think there’s 1 song on that album that let’s it down and I’m stoked I got around to fully appreciating this album as much as it deserves.

Fugazi - Steady Diet Of Nothing
Ian Makaye is so good, like minor threat / Egg Hunt / Emrace are all really cool but I think this album by Fugazi takes the cake. I don’t think it’s a singles album either like you put it on start to finish and that’s how it should be for this record. It sucks you in. It’s just really good.

Craft Spells - Idle Labor
This is what I’ve been trying to rip off since hearing it. It doesn’t get much better than After The Moment & Party Talk. Second album is just as good and so’s the EP but I love the electronic drums on this album.

Q. How do you feel playing live?
I never thought this would be a proper project so originally I was really nervous about doing it live. I’ve come to realise it’s actually just really fun. I made a proper effort to actually learn my lyrics and stuff which makes the whole experience less frightening.

Q. How do you describe Candy´s sounds?
I reckon it sounds like an old boot feels (specifically a Blundstone #500). A little loose, weathered and irritating to the skin but warm and homely all the same.

Q: Tell us about the process of recording the songs ?
I just did it all at home. It gets a bit frustrating at times it’s all very self motivated to get the mixing / mastering done and you can get a bit lost in terms of where the song just needs to be better or where the production needs work. I love it though. It was all done in logic and just DI’d guitars cause I was scared of my neighbour getting angry at me.

Q. Which new bands do you recommend?
House Deposit
I’ve seen them a handful of times now and it never disappoints. I’m very excited to hear more recorded stuff cause all the songs live are wonderful. For fans of twerps / dick diver
https://open.spotify.com/track/7w55Gekvam1ZNS1f30KLgg?si=nJeR3tjIRjmKbM3Kq71vFQ

Pool Shop
Brisbane band who only have 2 songs out but I think the project’s been around for awhile? Seen them live a couple times now and the most recent one they brought out a slide and postured up some dreamy alt country which is very much what I’m about at the moment. For fans of Seapony / Hatchie.
https://open.spotify.com/artist/34xsY8WvOLDGnDY5x8HmSW?si=xfpZUaaDT4qkf8lC9YFKBQ

Q: Which band would you love to made a cover version of?
This Heart Attack by Faker

Q: What are your plans for the future?
Hopefully I’ll be having a nice time and living well - that’s all you can hope for at the end of the day isn’t it?

Q: Any parting words?
I hope you’re having a good time and try not to let those little things boil over and ruin a nice home made pasta. Let it simmer and let it go.
*
*
*
Thanks