Thoughtless with The Alisons - An Interview 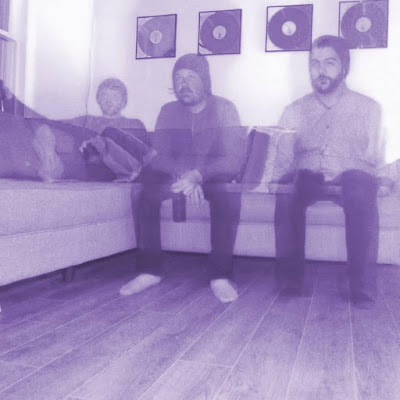 
Q. When did The Alisons begin? Tell us about the history...
1. The Alisons began in early 2017 under the name "Future Rose". Ben (former drummer) put an ad on Kijiji looking for people to jam with and came across Kevin. The two got together and started to jam, Ben on drums and Kevin on guitar. This would lead to the integration of Ben's cousin John on bass and lead vocals. The trio self-recorded an EP titled "The Eiderdown" and played several shows around Kingston, Ontario, Canada (the band's hometown). This lead to time off, a name change to "The Alisons" and the recording and release of a full-length album titled "Thoughtless". Prior to the release of the album, Ben announced his resignation from the band which lead to the inactivity of The Alisons.

Q: Who are your influences?
2. Our main influences all derive from the shoegaze genre including My Bloody Valentine, Slowdive, Nothing and Ride.

Q. Make a list of 5 albuns of all time…
3. A very tough question. John's Top 5 albums
Road Apples - The Tragically Hip
Little Hell - City and Colour
Let It Be - The Beatles
Currents - Tame Impala
The Devil and God Are Raging Inside Me - Brand New

Q. How do you feel playing live?
4. Personally, playing live is very nerve racking. It's a strange feeling with very awkward pressure depending on the vibe of the room. It's fun when everyone is into it but it can go south very quick when you are the opener.

Q. How do you describe The Alisons´ sounds?
5. The Alisons are mostly Alternative with Shoegaze, Rock and Pop influences. Our sound is filled with ambient soundscapes to give the listener a pleasurable experience.

Q: Tell us about the process of recording the songs ?
6. Recording is my favourite process. We wrote the songs for "Thoughtless" almost a year before we began recording. We played them live a few times and rehearsed and changed structures many times before we were comfortable with the outcome. We went to Ben's family cabinet making shop and recorded in the back warehouse, a big open room where deliveries would take place. We did all the drums in one day. Then we recorded all guitars, bass and vocals in Kevin's loft atop his house.

Q. Which new bands do you recommend?
7. I don't really listen to a whole lot of new music but some of my favourite bands that I would reccommend checking out are;
Nothing, Real Estate, American Football, Brand New

Q: Which band would you love to made a cover version of?
8. We used to cover "Only Shallow" by My Bloody Valentine all the time. I would love to cover some Nothing songs!

Q: What are your plans for the future?
9. We don't really have any future plans as of now. We lost our drummer Ben when we were mixing the album. I am finding it very difficult to make time for music these days, with life constantly getting in the way.

Q: Any parting words?
10. I would like to end with simply thanking you, Renato, for taking the time and interest to learn about us and our story. We appreciate the support very much. Take care and talk soon.
*
*
*
Thanks