So Long / Earth with Happypills - An Interview 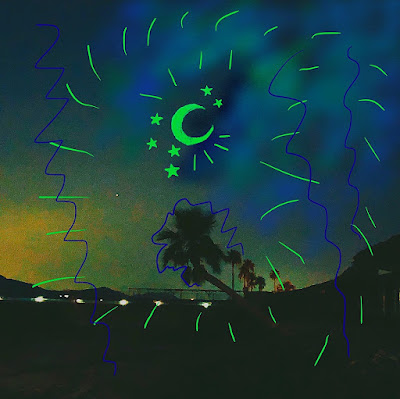 Q. When did Happypills begin? Tell us about the history...
Happypills is the DIY bedroom project of Yuki Kondo. I released my first demo EP in March 2018, recording it entirely in my bedroom in Fukuoka, Japan.

I didn’t think of writing songs myself until then but it all started when I found DIY artists such as The Drums, Fazerdaze, Castlebeat, etc.I was attracted to their simple but jangly guitar riffs and I got into DIY bedroom pop so much that I tried to write songs myself.

In addition, I used to like Japanese artists such as BUMP OF CHICKEN, Galileo Galilei, PELICAN FANCLUB, and so on.So I attempted to make songs in between DIY dream pop and Japanese rock.Thus Happypills began.

Q: Who are your influences?
Many indie dream pop artists are my impetus for writing songs.For example, The Drums, The Pains of Being At Heart, Fazerdaze, Snail Mail, Beach Fossils, DIIV, Castlebeat, Surf Rock is Dead, Acid Ghost, and many more.As I said before, some Japanese artists and maybe many artists that I have liked for long time influence my songs.

Q. Make a list of 5 albums of all time…
That is a difficult decision for me.
BUMP OF CHICKEN “Flame Vein”
Galileo Galilei "PORTAL"
The Drums "The Drums"
Fazerdaze "Morningside"
Acid Ghost "Warhol"

If anything, these albums are my favorite and inspired me to write my own songs.

Q. How do you feel playing live?
I've never played live before so I want to play my songs on the stage sometime.


Q. How do you describe Happypills´ sounds?
DIY bedroom dream pop with lyrics in Japanese.

Q: Tell us about the process of recording the songs ?
Everything is recorded in my apartment. First I usually determine bpm and program drum patterns, then add guitars and bass, and then add vocals at the end.

Q: What are your plans for the future?
I wanna make songs at my own pace.I play the guitar what I want:)

Q: Any parting words?
My new EP『In Childhood』released on Bandcamp in October.Please try listening if you like.

Thank you all for finding and featuring me.

It was nice meeting you.Please take care of yourself:)
*
*
*
Thanks