Ozean with Voodoo Beach - An Interview 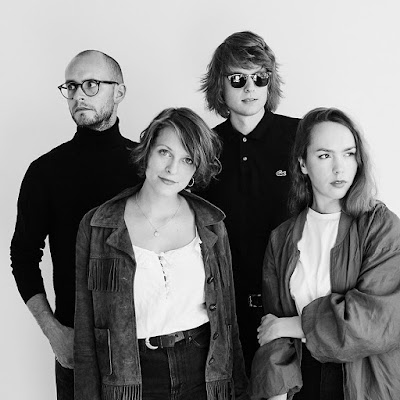 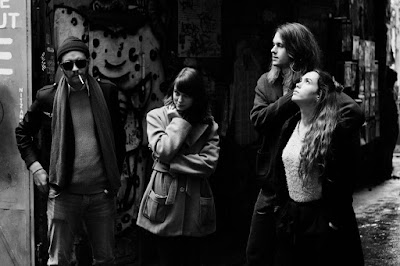 Q. When did Voodoo Beach begin? Tell us about the history...
A. Voodoo Beach has two birthdays. The first could be considered in 2014, where Phine, Vivi and me met through a musicians-finding-website to form a band. We still had a problem however - we couldn't find anyone to play bass. We wrote songs and searched for a bassist until we found John one year later, in 2015. We got his contact through my good friend Tim, who was at that time part of a great Berlin band called Suns of Thyme. After all this long time of searching we were very happy to finally have a bassist. On top, John is just an incredible human being. Finally in a full set, we joined forces and created what Voodoo Beach is today.

Q: Who are your influences?
A. This is a very tough question, which cannot be answered in unison. Each of us has a very different and individual taste of music, with just a few matching points. I don't really dare to describe the other's music taste to do it justice. I can tell you though, that John has a background of Ska music, while my spectrum varies from blues to electronic music. Although when I started playing guitar, my biggest influences at the time were Sonic Youth, The Horrors and shoegaze bands like Slowdive.

Q. Make a list of 5 albuns of all time…
A. I just texted the others to see what they say. Vivi's pick is 'Serial Girlfriend' by Holly Golightly. Phine picked Sonic Youth's 'Sister', while John decided for Tocotronic's 'Pure Vernunft Darf Niemals Siegen'. I would have to pick Pink Floyd's 'Dark Side of the Moon'. To me they reached a level with this album, which cannot be reached since. We have one more album to go, but let's leave it at those four, a pick each.

Q. How do you describe Voodoo Beach´s sounds?
A. Voodoo Beach's sound is difficult to describe vor a couple of reasons. First, it changes with time. In the beginning we were leaning more towards 60's psychedelia, while nowadays we flirt with 80's Neue Deutsche Welle. On top, at some point we switched from singing in English to German lyrics only. Without noticing it in the first place, this changed the sound of the whole band as well. In general I think our sound is unique because there do not seem to be much other bands doing what we do, especially in a way that works. We play American Music but mix it with German Music like NDW and Krautrock. You will also find a bit of shoegaze here and there. We used to call our music Psychedelic Blues back in the days, although it probably doesn't fit as well anymore. Recently we had a laugh jokingly calling our music 'Negative Rock'.


Q: Tell us about the process of recording the songs ?
A. We recorded all of our music so far in an all analogue studio called Kozmic Sound owned by our friend Mischkah. There is only one computer in the studio, which is there to convert the ready song to digital formats you can upload. Besides, it's all tube and tape like back in the days. This is the reason for the vintage sound of our recordings. If you record live to tape, as we did, you need to be spot on because mistakes cannot be corrected without repeating the whole take. Everyone is forced to give their best performance, which creates a certain magic.

Q. Which new bands do you recommend?
A. In this regard we have a couple of overlaps. Vivi and John like Goat Girl, Vivi and me enjoy Die Wilde Jagd and Exploded View. On top we have Klaus Johann Grobe, Juniore, Snail Mail.. Personally I would also mention a French duo called Agar Agar, a Russian solo project called Kedr Livanskiy and Boy Harsher from the US.

Q: Which band would you love to made a cover version of?
A. Gwen Stefani. Or Kelis, we actually discussed covering 'Milkshake'. I am against covers of any sort though, so I guess this will not happen anytime soon.

Q: Any parting words?
A. Thank you for reaching out to us and for appreciating our music! We are very happy to be read about in Brasil, as we know you guys have a great scene for psychedelic music. See you at one of our gigs or for a cup of coffee when you happen to strand in Berlin! Love! Ignacy / VB
*
*
*
Thanks