Are 'Friends' Electric? with The Bridge - An Interview 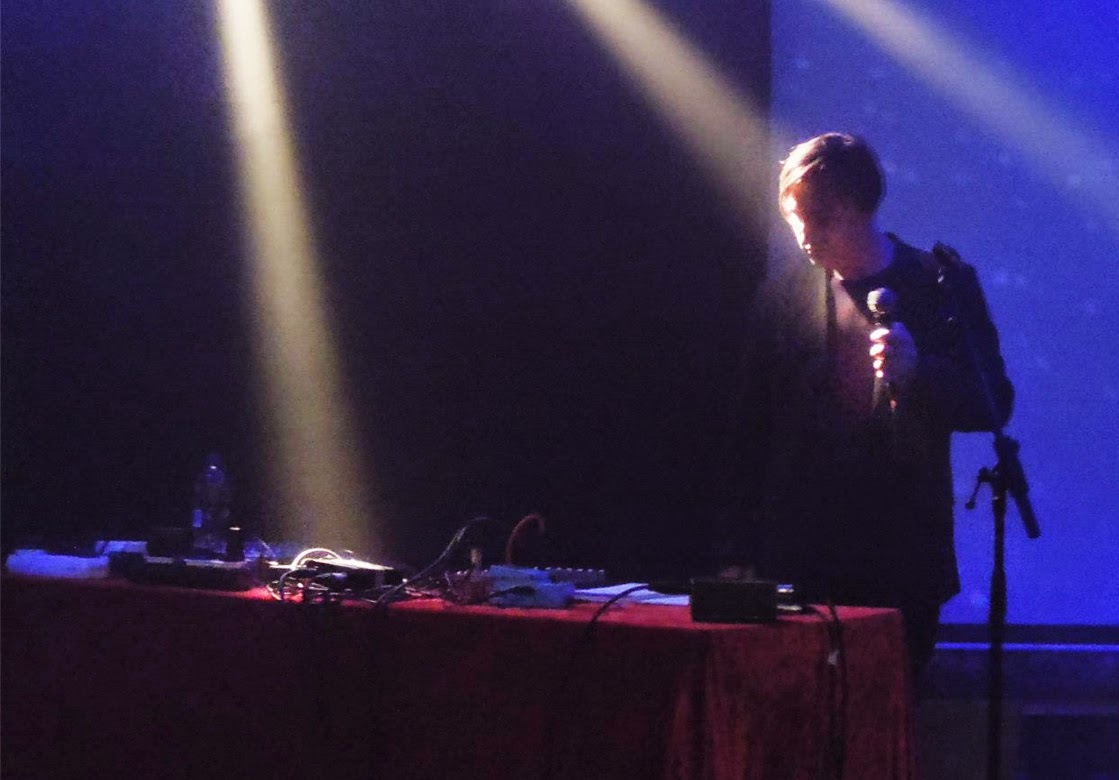 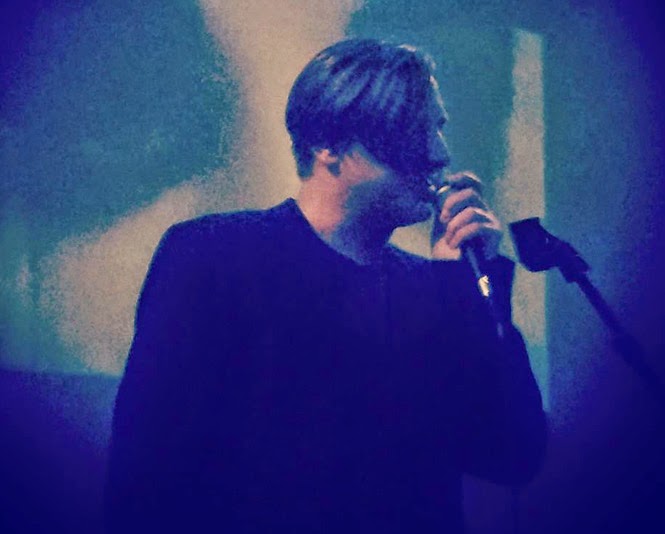 Q. When did The Bridge started? Tell us about the history...
Early 2013 I was finally inspired to start creating music again, largely due to increased exposure to the modern independent electronic music scene.

I started experimenting with software synthesizers at first, but soon got the analogue synth bug.

I was also very fortunate to meet Ivan Antunovic – the man behind Umrijeti Za Strojem, I/II and a number of other great projects, who provided me with a lot of encouragement, inspiration and advice.

The Bridge also existed in a different form 20-22 years ago as a college band. At that time, it was very guitar driven and heavily influenced by post-punk. “Switch”, a more recent track, is an adaptation of one of those early demos. There were electronic elements, but back then creating electronic music just wasn’t anywhere near as accessible (or affordable) as it is now.

Q: Who are your influences?
Many and varied.

I suppose my period as a post-punk and Goth obsessive has stayed with me to a degree, however, more than anything, I think the earlier music of my childhood had a profound and lasting impact on me.

OMD, Tubeway Army, The Human League and many others. I vividly remember first hearing their early records (and radio play) as a child in Liverpool – around the 1978-1982 period.

To me, they were magical records, melancholic, memorable, beautiful, other worldly, sometimes oppressive, sometimes emotional. The sounds were just so vivid. I was gripped, utterly gripped. I still feel an absolutely overwhelming sense of nostalgia whenever I hear OMD’s ‘Messages’ or ‘Promise’.

However, another big influence on the sounds and lyrics I create was the whole political period back then – Thatcherism. It was a very divisive and destructive period in British history. Again, I was only a child, but I was aware of the upheaval caused by that government, both nationally and in terms of my own family.

I think this is also the political and economic backdrop that had a big influence on British post-punk and new wave artists of the time, in a variety of ways. Some became more overtly political, whilst others seemed keen to escape into fantasy and pop-music.

There was also the very real threat of nuclear war. I had many a nightmare, especially during the period that the BBC first showed ‘Threads’. I can’t help but wonder to what extent that stayed with me too, indeed, I’m sure many people of my generation may feel similarly, and not just in Britain. For a good few years there was a near permanent background fear that the end of the world was imminent.

That also came through loud and clear in music of the time – ‘Bunker Soldiers’, ‘New Stone Age’, ‘The Earth Dies Screaming’ – even right into the mainstream with Frankie’s ‘Two Tribes’. We could write a long list, quite quickly.

This was a long time ago now of course, but I think both the music, and period itself, had a defining effect on me, and that in turn influences the music I create now.

I should probably just cheer the fuck up.

Come to think of it, I should probably mention the likes of Ascii Disko, Vitalic, David Carretta, Ivan Smagghe, Kiko and Tiga too – I was quite into that kind of stuff at various times during the past decade. Bit more cheery? 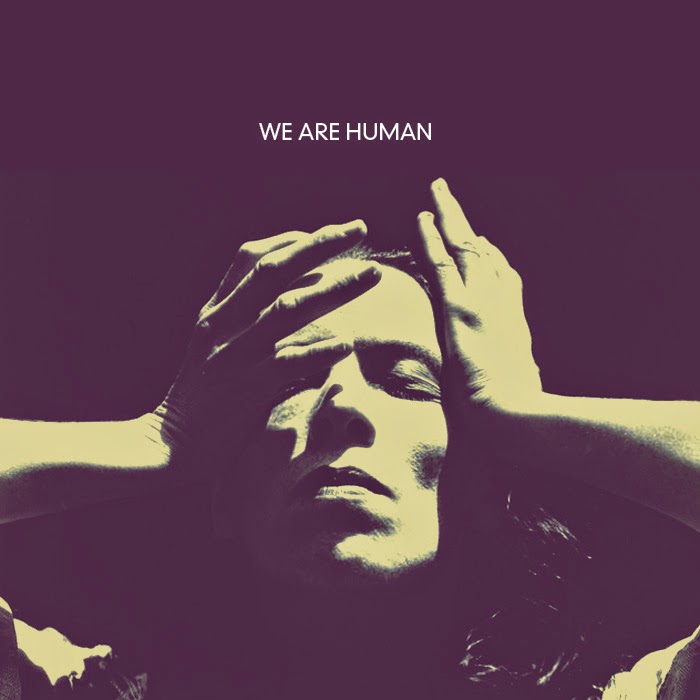 Q. What are your 5 favourite albums?
They change all the time. Ones I keep going back to include the first two OMD albums, the first three Human league albums, Joy Division of course, early Echo and The Bunnymen, Xmal Deutschland’s first two albums, some classic work was released under ‘This Mortal Coil’ too. I love The Banshees ‘Kaleidoscope’. Fuck it - there’s loads of records I could mention – and even more out there I’ve yet to discover.

I listen to plenty of newer material of course, but I think the concept of the ‘album’ has rather died as an art form, and now even good ones tend to feel like a great compilation of standalone tracks. It’s a sweeping generalisation though, there are plenty of exceptions.

Q. How do you feel playing live?
I finally did a couple of live shows in 2014 in Vienna and London. I really enjoyed it. I think the biggest challenge was (and is) being up there entirely on my own, with no band to play off. It’s something I hope to develop further - if the right opportunities come up in 2015, I plan to do a few more live shows. However, I think The Bridge will remain first and foremost a recording project, more than a touring one.

Q. How do you describe The Bridge´s sounds?
It all feels very personal to me - I think I create music for myself. I don’t feel comfortable defining it for others. As a few people in Vienna may testify – I’m really shit at talking about my music and promoting myself – it just doesn’t come naturally to me.

Make of it what you will.

Q: Tell us about the process of recording the songs?
I often don’t know where I am going to end up when I start a new track. For me, it’s very much like the experience of painting, particularly abstract, expressionist work. I start with a blank canvas, and this stuff is what comes out.

In 2013, I think I would tend to start with a bassline and drums, then build up from there. However, over the second half of 2014 there has been a very definite shift towards beginning with melodic sketches and vocal lines.

I honestly think it’s become a bit of an addiction. It’s hard not to start creating something new every time I switch on a few synths. Endless possibilities.

I’m not one for taking my time; I like to get things down, with a sense of immediacy.

Production wise, I’m sure its DIY nature probably comes through very, very clearly. Though I have a little collection of synthesizers and other equipment, my set up is still quite limited.

Whilst I quite enjoy fighting against the constraints, production is something I continue to work on. 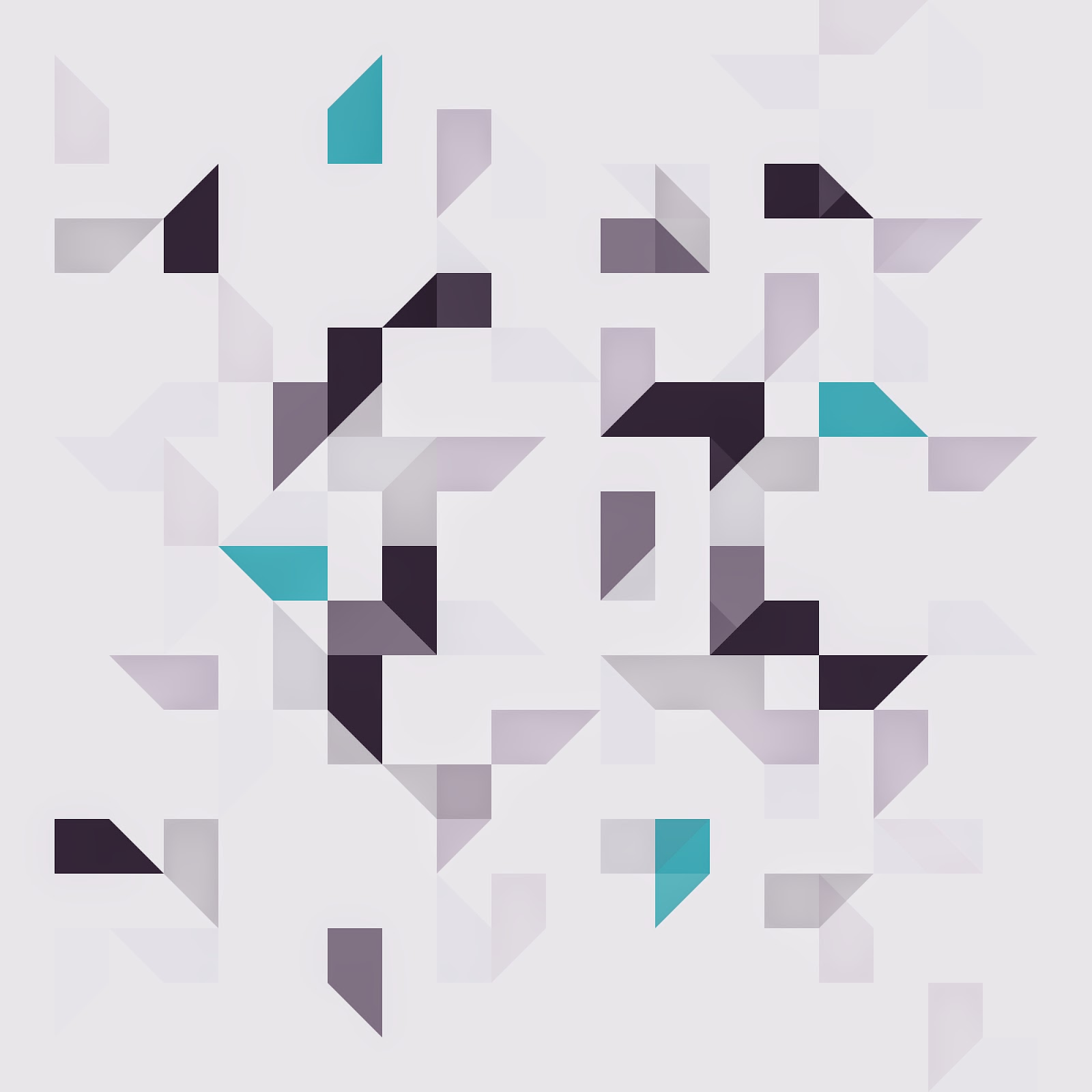 Q. Which new bands do you recommend?
There’s so much great music around at the moment, and so many people doing a great job of promoting it and sharing it.

So, I’d just encourage anyone who still hasn’t heard I/II and Umrijeti za Strojem to check out Ivan’s work – he’s a real artist – a great new I/II mini album has just been released on Totally Wired Records, out of Vienna. I’d also recommend some of the other electronic acts coming out of Croatia – there’s some great, varied stuff coming out of there – I admire the way they each seem to do their own thing – it’s certainly not a scene filled with genre slaves.

I recently shared a billing with Transfigure, a UK duo from Newcastle – I think they will probably go quite far. I’d certainly suggest checking them out too.

Q: Which band’s music would you love to cover?
I’ve done a few covers. I collaborated on a version of ‘Nowhere To Run’ by Martha and The Vandellas last year, with a great vocal performance by I/II. I recently did my own take on ‘Superstition’ by Stevie Wonder – very different of course, I couldn’t hope to sing it anything like the original. There have been a couple of others.

Motown is probably the first place I look. It’s both the music and the history – Detroit is a fascinating place – to me, it’s the United States in microcosm. Its past golden age represents America’s old industrial optimism. Motown typifies the enormous African-America cultural contribution and Detroit’s painful decline, decay and shocking neglect, for me, are symbols of the ultimate failure of the U.S. capitalist, corporatist economic model. There’s just no way such a city would be allowed to die like that here in Europe. That said, the Thatcher government did once contemplate leaving my home city, Liverpool, to ‘managed decline’, but unlike Detroit, the city is back on its feet.

When it comes to covering something, I’m not usually drawn to bands and artists that might seem to have an obvious influence or direct musical connection to what I do. You’ll probably never catch me doing a cover of a track from any of those classic synth artists. Though, I wouldn’t criticise others that do.

I think it’s because some (not all) of those Goth bands I saw live in the early 90s tried to sound (and look) like The Sisters Of Mercy – and in the end, it wasn’t really that different to an Abba tribute band, or an Elvis impersonator.

I did do a cover version of ‘Colony’ by Joy Division – just for my own amusement. It turned out to be a perfect fit for my voice even if I say so myself. But – nobody else will ever hear it – that’s a promise. Abba. Elvis. Fuck no.

Actually – I may yet do an Abba cover version. Do you dare me? 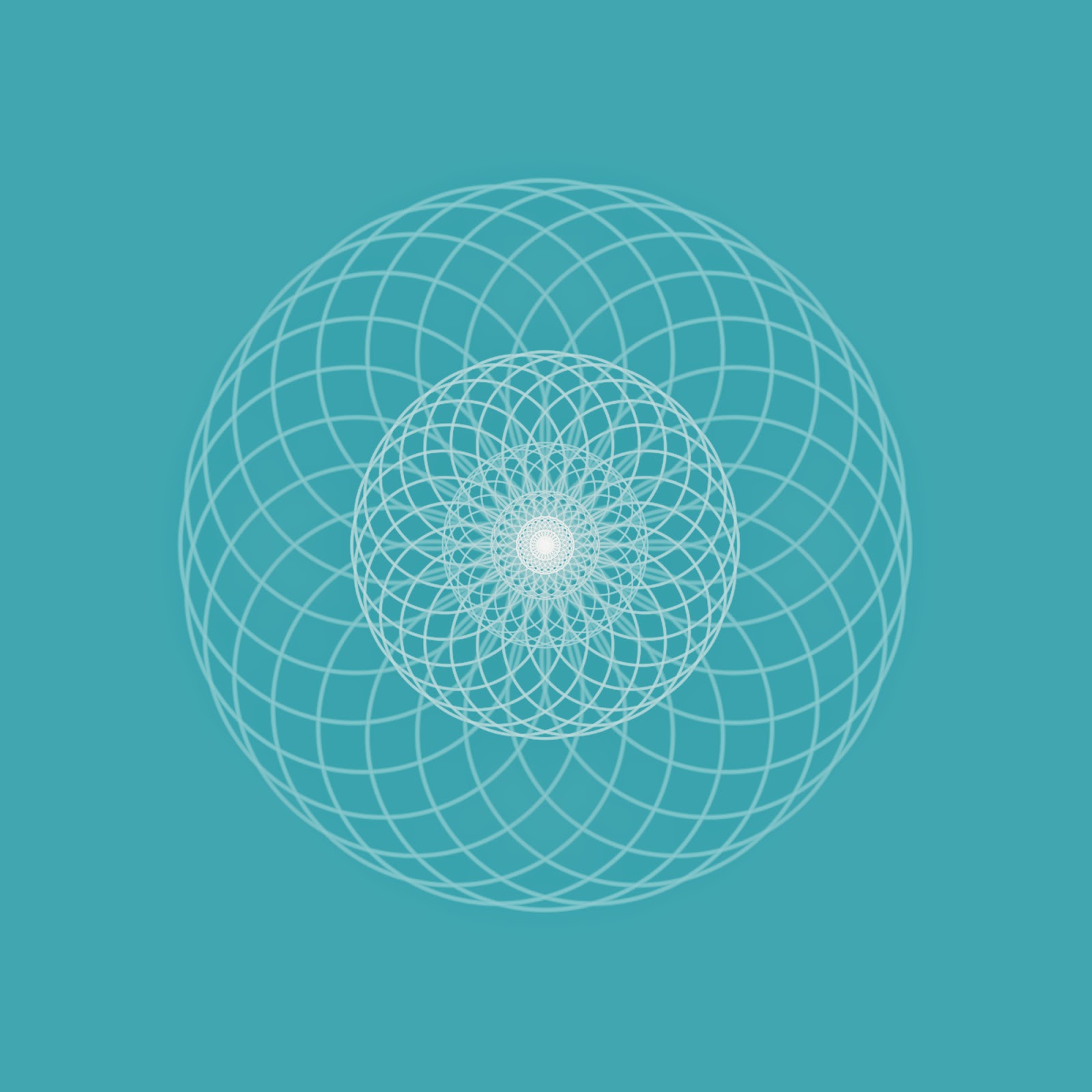 Q: What´s the plans for future?
I’ve just self-released two collections – “The Writing’s On The Wall” and “Quatermass and The Pit”. To me, they are very different in nature.

The former probably touches on my more melodic side – it was said to me it was almost like electronic pop in places – I’m fine with that. It was my most downloaded release so far, by a considerable margin.

The latter – the Quatermass soundtrack, is essentially a Sci-Fi horror piece. It was inspired by one of my favourite ever TV programmes – the 1958 production of Nigel Kneale’s most complete and accomplished story.

It was a ground-breaking piece of television, and very, very influential in many ways. Whilst cinema tended towards Flying Saucer invasions, ‘Quatermass’ was dealing with deep time, pre-historic intervention in human evolution, bureaucratic ineptitude and scientific explanation of the apparently supernatural. Nigel Kneale was a Science Fiction giant. I love all his work. ‘The Stone Tape’ from 1972, again a Sci-Fi horror hybrid, though more overtly horror this time, is another must-see, and just as influential.

As 2015 starts, I’ve already got a collection of new material taking shape. That should start to emerge by February and March. As I said – it’s an addiction.

I plan to continue releasing it myself, that was always the idea. Though I’m also open to further releases from any interested labels – there may soon come a point when that feels like the next step.

I suppose one ambition is to hear some of my music on vinyl.

2015 may also be the year I start looking more into video. ‘Svart1’ produced a wonderful video for my track ‘Statisch’ in 2013, and combining music and video is certainly something I’d like to do more of. Much of my early work in particular was directly influenced by cinema.

Q: Any parting words?
I’ve probably said quite enough already haven’t I?
*
*
*
Thanks