The Rolling, Driftless North with Vansire - An Interview 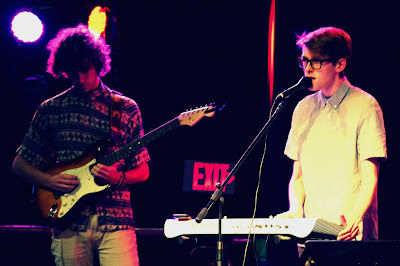 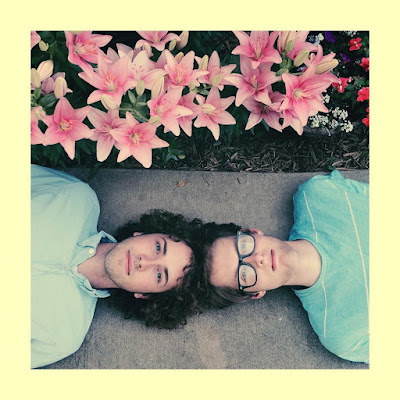 Q: Who are your influences?
Josh: Beyond the inherent homage we owe to groups like Beach Fossils, Real Estate, The Drums, etc. and all of their respective spiritual predecessors (80s new wave acts, shoegaze titans and early jangle-pop purveyors) I think I can speak for both Sam and I when I say we draw a lot of influence from Steve Reich. In addition to the Minimalists, I owe a lot to early tape and musique concrete composers like Luc Ferrari and Pierre Schaeffer, alongside music like Tim Hecker, Oneohtrix Point Never, Stars of the Lid, and Ben Frost amongst others. I like trying to bridge the gap between the compositional music world and good old lo-fi bedroom pop, because I think the latter actually has a great deal of unappreciated complexity. The great thing about pop music is how it can be both ubiquitous and experimental at the same time; people/acts like Martin Newell, Daniel Johnston, Beat Happnening and R Stevie Moore paved the way for current torch-bearers like John Maus and Ariel Pink, and pop experimentation continues to grow.

Q. How do you feel playing live?
Sam: I get a nice warm feeling when all the parts just come together perfectly and our tone is just right. Our first show was a very memorable moment in my life. It was in my dorm room lounge, we snuck in all the equipment in and put on a little show. I was so excited I almost forgot all of our riffs! It was just very liberating to create something that people enjoyed and rewarding see people coming together like that and have a good time. Live shows are really beautiful because the music is so tangible in that moment and the energy from performers and audience is like a two way street that can act as a positive feedback loop, it builds and hopefully by the end of the thing everyone leaves with a sense of community.

Q. How do you describe Vansire sounds?
Sam: I think our sound is a healthy mix of the lo-fi/dreampop/jangle pop genres. Our sound is pretty reflective of the dream-like state that Josh and I operate in. Often there are moments of washed out, reverby layered guitar riffs which we like to sustain with some background synths. The vocals are a keystone part of our songs but generally aren’t the emphasis of most of our tunes as we try to get away from the popular mantra of, lead singer backed by a band, but rather we use the vocals as an instrument to add into the overall vibe of the song. But yeah most of the lyrics/riffs come from a rather reflective, introspective place within our personal lives and we hope to convey that through our music’s overall vibe, form, and color.

Q: Tell us about the process of recording the songs ?
Josh: Our songs are often born out of a single guitar lick from when we’re messing around and looking for ideas. From there, they’ll just develop kind of naturally into a full blown song bit by bit as we go along recording, usually starting with guitars, filling in everything else, and finishing with vocals. Like on the song Driftless, Sam had that that twelve-or-so note lick you hear at the beginning in his head, and from there we got together, started recording and then came up with the rest of the song together as we went along. We switched that up a little bit on this EP though - I had written the lyrics and chord progressions Eleven Weeks and Four Portraits awhile before we started recording this new EP, which is kind of different for us. There was still a lot of experimentation and spur of the moment work with those, but I had a pretty clear idea of how I wanted them to turn out, so the creative process differed in that context. Going to college in different states is a bummer in terms of recording and writing (I’m in Ohio, he’s in Minnesota), but we make it work.


Q. Which new bands do you recommend?
Josh: I’ve been digging this fella named Travis Bretzer lately. There’s also a group called Mini-Dresses that I stumbled across yesterday and I’m obsessed with now. Also check out a group called Boyscott. Oh, and there’s a cool dude named Justin making music as High Sunn, check that out too. And, a Finnish group called Eerie Summer, make sure to check them out as well. That’s just to name a few; it’s pretty intimidating and exciting how many incredible new bands are out there doing their thing! Beyond that, I’ll let same sing our praises for Acid Ghost and Castlebeat, because we could both go on forever about that.

Q: Which band would you love to made a cover version of?
Josh: I’ve got kind of a list of songs I would love to put a Vansire spin on - regardless of specific bands, I would have to point to Yo La Tengo’s Fakebook as the pinnacle of beautifully done, tasteful covers. Plus there will never be a better name for an album of covers.

Sam: Next christmas I think we will also release some dreampop christmas song covers :) I’d love to do some john denver covers also.

Josh: Yeah, a few years back Trevor Powers played “Goodbye Again” during a Sirius XMU session, and it was honestly one of the most poignant covers I had ever heard. Such a magical moment - he really brought an intense emotionality to it, and it was perfect in every possible way. That being said, if you ever see Vansire live, you may get to hear “Leaving on a Jet Plane”

Q: What are your plans for the future?
Sam: Hopefully we can line up shows over the summer and play as much as possible, around Minneapolis/Rochester and beyond. My dream would be to set up a lineup of shows to call it a tour sort of deal. But beyond that I think we will definitely continue to write and record music as long as we are able to do it together.

Q: Any parting words?
Sam: Be good to one another.