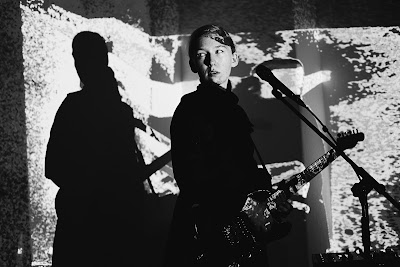 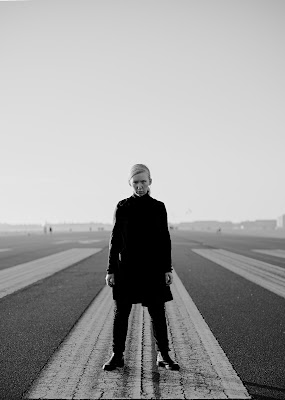 Q. When did Fagelle start? Tell us about the history...
At around 2013, when I got incredibly tired of playing in bands and of pop music in general. I was searching for something else, something more complex, a place with no limits. So I started recording sounds everywhere I went and eventually composed with them, building layers of meaning in song-like structures. I also got some gear and spent hours on the floor making weird loops and walls of noise. After being on my own for quite some time I met producer Henryk Lipp and together we started to find a way to approach the idea of the song where we could keep all the unpredictability and excitement of the noise and the sounds.

Q: Who are your influences?
I hope that every exciting experience of art influences what I do. But some people I often return to: Radiohead, Tom Waits, Anna Von Hausswolff, Grimes, Bon Iver, Jenny Hval.

Q. How do you feel playing live?
Massive and infinite

Q. How do you describe Fagelle sounds?
A constant struggle between the most fragile and the most powerful and Inside off this tension is noise, poetry, changing rhythms and exploring of the voice.


Q: Tell us about the process of recording the songs?
I build a framework and then I lay tons of layers of noise, guitar, synth arpeggios and so on. Then Henryk tries to make some order in the chaos by muting most of the things I’ve done, and then I lay more layers and we go back and forth like that until it’s done. Drums and vocals are recorded in the analogue studio Music a Matic in Gothenburg. Many great artists and bands have passed through that studio over the years, so there’s good vibes, and amazing gear.

Q. Which new bands do you recommend?
Fanny Kaplan from Moscow is amazing, all the Russian new wave/punk energy you could ever want, and Menace Beach is maybe not a new band but I first heard their song Lemon Memory on BBC radio 6 a few weeks ago and immediately bought the album. Great sounding indie.

Q: Which band would you love to made a cover version of?
Helmut Lachenmann

Q: What are your plans for the future?
To release an EP this year and play around Europe in a variety of contexts. Hopefully meet more wonderful, weird people.