Masquerade with Tourists - An Interview 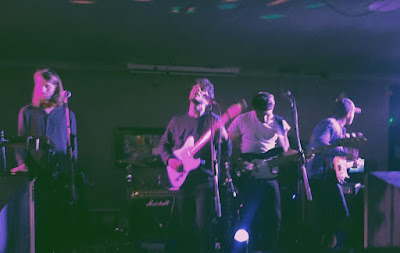 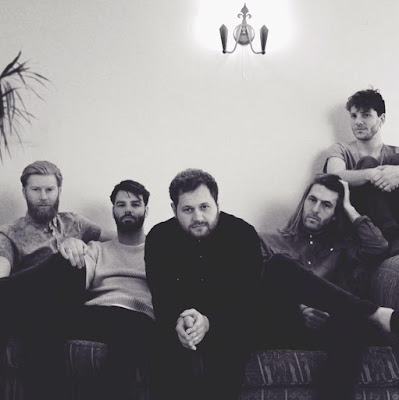 Q. When did Tourists start? Tell us about the history…
Although we have only been together as a five-piece since 2015 the writing process began a few years before that. Scott was looking for people to start a new band with and came across Jamie’s songs online. He instantly connected with them and they started writing music together. Tom, Matt and Lloyd were in other bands at the time (Tom a psych-rock band, Matt and Lloyd post-punk revival bands) which then split so we started jamming together. It’s cool because we’ve still got the buzz of being in a new band and the combination of our different styles and influences has been great.

Q. Who are your influences?
I think we are constantly being influenced by new stuff we here. We love getting excited by new music and weird/different sounds that we here, and I guess that naturally creeps into the stuff that we’re working on. Recent influences have ranged from DIIV to Drake to Bauhaus – it’s pretty eclectic. I think the deeper-rooted post-punk/new-wave influence is always there. That combined with elements of shoegaze/psychedelia and 80s synth-pop makes a good mix.

Q. Make a list of your 5 albums of all time
Radiohead – OK Computer
Beach House – Teen Dream
Tame Impala – Lonerism
The Strokes – Room on Fire
Interpol – Our Love to Admire

Q. How does it feel playing live?
Playing live feels like the ultimate validation of all the time and work we put in writing and crafting our songs. There’s no better feeling when you finally play these songs you’ve been working on to an audience and they’re digging it. Even if it resonates with just one person and it means something to them it’s worth it. We try to keep things interesting live and mix things up a bit, with some weird instrumentals and interludes. Some people told us at a recent gig that it was like we took them on a journey – which was a cool thing to hear.


Q. How would you describe Tourists’ sound?
If we had to choose a genre I guess it would be “dream-pop”… but with a darker, more sinister edge. “Endless layers of dreamy, melodic bliss” were BBC Introducing’s words to describe us – That will do.

Q. Tell us about the process of writing and recording the songs?
Part of the writing process is being patient and waiting to find the best melody to fit the song. Once you stumble on the right melody to fit the bassline you know. It’s not just about writing a nice tune – you want something that’s going to strike emotionally. We want people to feel something when they listen to it. We have been recording with producer James Bragg (Gengahr, Saltwater Sun, Grace Lightman) who is a real genius and brings so much to the tracks. He’s the 6th Tourist.

Q. Which new bands do you recommend?
We’re really into Froth at the moment. Fast, energetic krautrock with lo-fi, garage elements. The debut albums from Ulrika Spacek and Amber Arcades last year were great. The new C Duncan and Preoccupations records were really cool, and Lets Eat Grandma blew Tom’s mind last year – really interesting and innovative for their age. Apart from that… DIIV (obviously).

Q. Which band would you love to cover?
We have never really been into covers. It doesn’t come from the source and there’s always a disconnection. Radio 1 live lounge is the worst – it’s all just PR bullshit. You put in all this hard work, get on radio… then have to play someone else’s song??? Naaa.

Q. What are your plans for the future?
Right now we are focusing on writing and demo’ing tracks for our debut album. We have about 10 tracks ready to go already. Apart from that we have some cool shows and festivals
*
*
*
Thanks