Nightschlubbing with Charlie Mess - An Interview 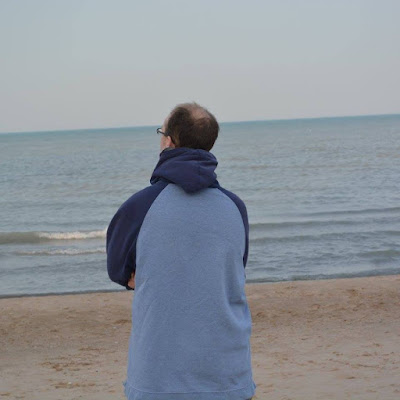 
Q. When did Charlie Messl start? Tell us about the history...
First answer: Well, I first decided to use the name Charlie Mess to record my music early in 2016. I felt like my real name (Charlie Meszaros) wasn't a very memorable name for an artist. And my life was/is a mess; and Mess is how the first part of my last name is pronounced; so.... Charlie Mess. However, my music has sort of been in planning for a few years. My oldest riff is to a song called Columbus off of my first album (They Don't Want You)- I think I wrote that riff when I was a senior in high school, so about 6 years ago. For a long time I had these riffs I'd written, and just spent time practicing them, and then in 2013 I decided to put lyrics to them- however I abandoned many of the original lyrics I wrote for these riffs. This entire time I knew I wanted to make songs out of them and record them, but for a while I lacked the resources to do so, and I was determined to eventually find band mates to record with (which didn't happen). So I put off doing anything with these songs. In 2015 I moved from my home of Columbus, Ohio to Chicago, and in the months that followed I wrote most of the lyrics that showed up on my first album. At some point I tried to look online for band mates, and that proved to be fruitless- what seemed to keep happening is that people would respond to my Craigslist ad, and then change their minds about wanting to work with me once I messaged them back. Eventually I got so fed up with trying to find a band that I just downloaded Audacity software and recorded my first album in my bedroom in my apartment. Given that I had no drummer, I had to improvise- I just recorded the sound of me smacking my laptop in place of drums. And I didn't want to get a noise complaint from my neighbors, so I my vocals are very quiet and restrained (which is ok, because I don't think I'm a good singer- my motto is "I can't sing, but I do anyway"). After recording my first album, I sent it to countless blogs and record labels. One blog posted it; a few blogs and labels said they liked it, but it didn't fit with the rest of their catalog; one blog told me to upgrade the production and find a better singer; the rest all ignored it. So, I decided to try craigslist again, determined to find a band. I posted my album, explaining the limited resources with which I had to record, and that I didn't expect to be a singer- I just wanted people to pay attention to my guitar playing and my songwriting, and some did- but our schedules didn't connect; or, like before, they changed their mind after I messaged them back. So, when it became clear that no one was going to record with me, and when I got a bunch of new lyrical ideas in my head, I wrote lyrics to more old riffs I had, and recorded my second album (Nightschlubbing) pretty much the same way I recorded my first album.

Q: Who are your influences?
Second answer: I have a lot of influences. Too many to name all of them, so I'll give you the top few: Radiohead, The Byrds, Bob Dylan, R.E.M., Neutral Milk Hotel, Car Seat Headrest, Pavement, The Beach Boys, Neil Young, Guided by Voices and there's a lot more.


Q. Make a list of 5 albuns of all time…
Third answer:
1. In the Aeroplane over the Sea by Neutral Milk Hotel,
2. Pet Sounds by the Beach Boys,
3. Teens of Denial by Car Seat Headrest,
4. Bee Thousand by Guided by Voices,
5. Crooked Rain Crooked Rain by Pavement

Q. How do you feel playing live?
Fourth answer: I've never played live- I feel like I can't really play these songs live until I have a drummer for them, also I can't seem to build any kind of fanbase to play to (you have no idea how shocked I was when you wanted to interview me)

Q. How do you describe Charlie Mess sounds?
Fifth answer: I mix a lot of different genres, however the two that all of my songs seem to be are Lo-fi and noise rock


Q: Tell us about the process of recording the songs ?
Sixth answer: The first album was recorded over a period of a couple of weeks- I'd get a little bit of free time away from the things I had to do, and I'd record a song. Most songs went like this: the main guitar parts were done first; then, if there was a solo I'd record it while listening to the main part through headphones; then I'd record the percussion (if there was any on that track) by listening to the guitar parts through headphones; and then I'd record my vocals while listening to the guitar with the percussion through headphones. The two exceptions to that process were the first and last songs, in which the vocals and guitar were recorded at the same time. The second album was recorded mostly the same way, except I was a little bit lazier with it- it took 2 months to finish, and I didn't even have everything written when I started recording- I kinda just let it develop as I went.

Q. Which new bands do you recommend?
Seventh answer: It's honestly been a while since I've discovered a new band- I guess the closest is Car Seat Headrest, who've been recording since 2011, however I had never heard of them before Teens of Denial, which I probably listened to about 30 times since it came out, and as I mentioned above has become one of my favorite albums ever made

Q: What are your plans for the future?
Ninth answer: I'm not sure about the future. I know I wanna make a third album at some point, but I don't have any ideas at the moment. And I would like to get an actual band to record it with, and an actual studio to record in so I don't have to restrain my voice so much, although given my luck so far, that probably won't happen. But I think what I'm doing now turns people off- they don't get it, and I respect that. But I made these albums for me, mostly. It's a form of expressing the feelings and ideas in my head which I don't get to do with other people- this whole music thing really is an attempt to cope with my own isolation and loneliness.

Q: Any parting words?
Tenth answer: Parting words? I guess a piece of advice to musicians who can't find people to record with: recording it by yourself is better than never recording it
*
*
*
Thanks