Denial with Violentene - An Interview 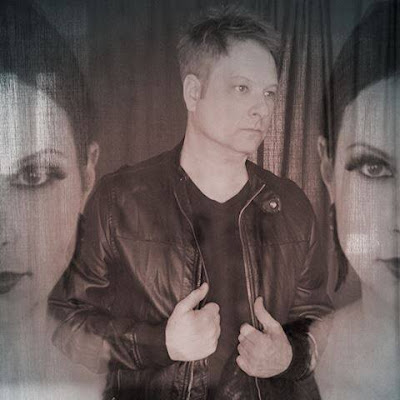 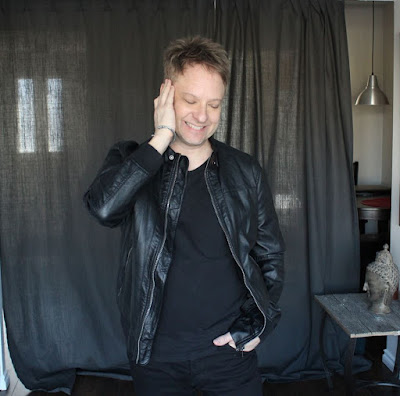 Q. When did Violentene start? Tell us about the history...
Dani: Roland reached out to me last September about working together for the project Violentene. He sent me instrumentals of the songs and I loved them! I recorded vocals remotely in Brooklyn and sent them to him in Canada. He worked his magic and the EP Denial was born!

Q: Who are your influences?
Roland - I grew up on 4AD, then all sorts of electronic music - but all time faves would be Japan, Curve, Slowdive, Cocteau Twins and Bowie.

Q. How do you feel playing live?
Roland - I LOVE playing live, I miss it so much! The energy and excitement of being on stage is incredible! My last shows were with synthpop band Politique in 2011 so its been a while...
Dani: I enjoy playing live. I fell into the folk music scene in Philadelphia & had originally sang & played acoustic guitar for an audience. I switched to synth in a 5 piece dreampop band called Lockets and loved the feeling of playing with a full band. I'm now in the process of switching to electric guitar and loooove it


Q. How do you describe Violentene sounds?
Roland - A couple of ways - lush, huge walls of swirling effected Fender Bass VI, and stripped down, more bare mixes where the elements can breathe in space a little more...
Dani : Nugaze Dreampop music with a lot of feeling.

Q: Tell us about the process of recording the songs ?
Roland - To me it all begins with a melody written on the bass or guitar, building on it, then getting right into drum programming, For this project that involved all acoustic "real" drum kit sounds.
I layer till it gets huge sounding for vocals and guitars, then strip them back if its muddy. Getting the mix down right takes a lot of time and care.

Dani: Roland emailed me instrumentals and I would email vocals back to him. Typically I would send about 5 tracks. I sent 2 takes of the main melody, a high harmony, low harmony and one track with "call and answer" vocals and fun sound effects. He chose the vocals he liked and added his magic. I sent a few additional takes for some of the songs when Roland heard a vocal phrase he wanted added to part of the song

Q. Which new bands do you recommend?
Roland - LOVE Drab Majesty, Still Corners, Metric - but I always go to the past because I sincerely think everything innovative has been done by this point!

Dani: Kristina Esfandiari of King Woman & Miserable is amazing, Vita and the Woolf, Japanese Breakfast. I also love I Am Snow Angel. We created an album made entirely by women from start to finish through Female Frequency and I've always been inspired by her music.Others are Big Thief, Chastity Belt, Escaper, Angel Olsen, Amy Leon, Madame Gandhi, A Dead Forest Index, Chelsea Wolfe, Menores, Valerie Orth and Omega Vague. I've had the honor of collaborating with Omega Vague as well.

Q: Which band would you love to made a cover version of
Roland - Anything by David Sylvian, or Brian Eno

Q: What are your plans for the future?
Roland - To release another 5 track EP later this summer hopefully... could be full length with the amount of tracks I have semi finished now.

Dani: I'll be working on more music with Violentene and I'm in the process of recording music with Omega Vague. Last year I created a series of songs & videos inspired by Dario Argento's movies (Suspiria, Inferno & Mother of Tears) through Cruel Beauty, a project with saxophonist & producer Johnny Butler. I'll be working on the next trilogy of songs & videos with Johnny Butler this year. I'll also be working on an Ethereal Noise Pop EP & live shows in a project with Josh Steingard on drums.

Q: Any parting words?
Roland - Let love and compassion RULE in this fucked up mess of a world!! And MORE COWBELL!

Dani: Don't be afraid to try anything and be open to collaboration. I'm honored and inspired to work with Roland and many other artists. The music we have created has meant a lot to me and I'm excited to create and share more.
*
*
*
Thanks